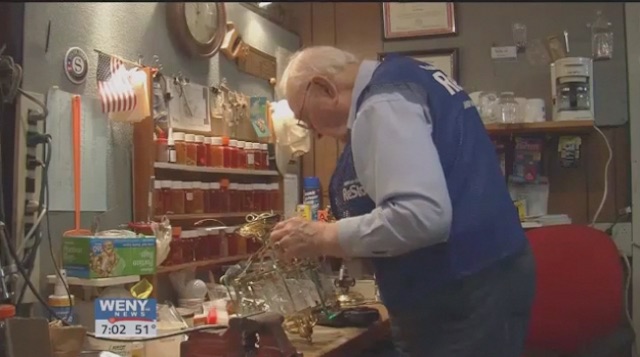 Harold Hager is being recognized as an unparalleled charitable worker – and he’s older than any of his counterparts.

The 100-year-old has been putting in 20 hours of work at the Steuben County’s Habitat For Humanity every week for the last few years.

Despite his old age, he is hailed for working more volunteer hours than anyone else at the charity.

The World War II navy veteran reportedly took up his career in philanthropy after his wife of 71 years passed away in 2010. He started working for the Retired Seniors Volunteer Program (RSVP) to keep himself busy, and they ended up connecting him to the New York Habitat For Humanity facility.

He was honored earlier this week for his hard work – but since Hager reportedly has a goal of reaching the age of 105, it seems safe to assume that he won’t stop volunteering anytime soon.