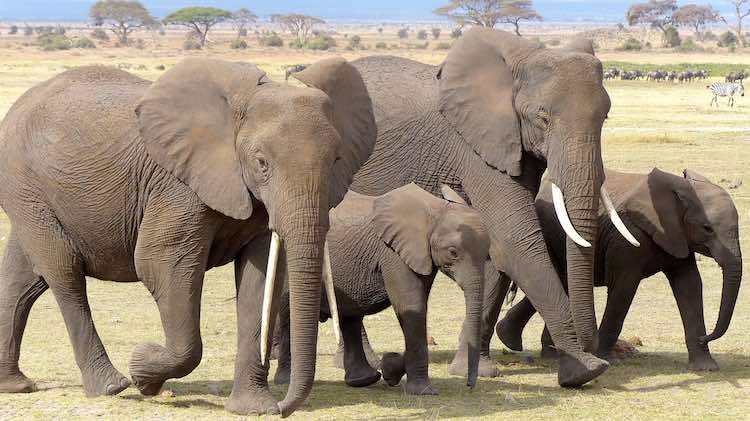 A man-made migration, the largest elephant relocation ever attempted anywhere in Africa, is moving 500 animals from a cramped park in Malawi.

The move, to a more spacious preserve where they’ll have more room to roam, will also protect the behemoths from human encroachment upon their herds.

Their current home, the Liwonde National Park, is described by its director as an “island in a sea of humanity.”

With such a rising tide of humanity all around it, the Johannesburg, South Africa based nonprofit, African Parks, which runs Liwonde decided the elephants would be safer at a new sanctuary 185 miles away.

Wildlife handlers are tranquilizing the elephants and using cranes to load them onto trucks for the journey. They’ve moved as many as 24 in a single day.

Bas Huijbregts, African species expert for the World Wildlife Fund told the Associated Press the move is “a win-win for elephants and people.”

CHECK OUT:  Gorillas Spring into Action to Dismantle Poacher’s Traps

The elephants are closely monitored while they’re moved and placed in special “wake-up crates” so they don’t hurt themselves or others when they come to in their new homes.

Conservationists say the first thing mother elephants do when they wake up in their new home is to start searching immediately for their calves.