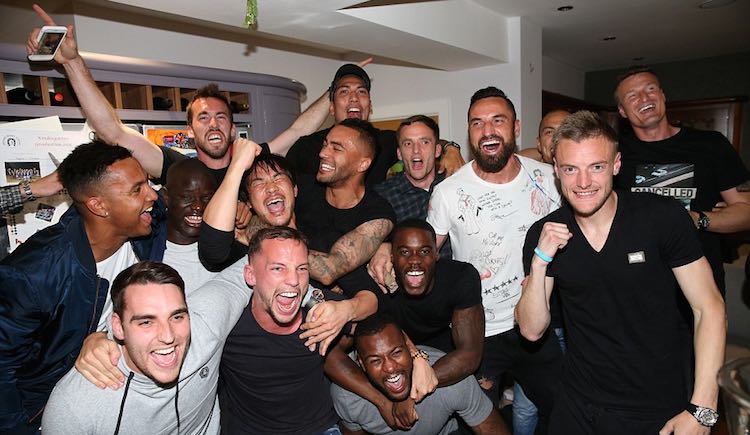 A ragtag team of football players that have tugged on the heartstrings of a city in the East Midlands for 132 years have just been crowned champions of England.

The Leicester City Football Club (pronounced Lester) has completed what many people believe to be, certainly the greatest story in English football, but perhaps the greatest story in the history of the game. In a season where huge cash transactions made the nation’s favorite sport seem more like a cold and gluttonous game run by billionaires, the scrappy roster of Leicester City has proven that a love of the game, old fashioned grit, and an indomitable togetherness, are worth more than gold. So, how did they pull it off–winning the ultimate prize as 2015/2016 Barclay’s Premier League Champions?

They climbed up, only last season, from the second level of English Football –the equivalent of AAA baseball in America– where they had played for the majority of their 132 year history. But it all began to change in 2011, after a fairly disastrous season that pushed them to the third division. They appointed a new manager, Nigel Pearson, who in four years with the club, lifted them all the way to the big show.

Once they did reach England’s Premier division in 2014, Leicester City had a torrid time and found themselves spending Christmas day in last place. For all their hard work, it looked as if they would be sent back down to triple A status at the end of the season–a harsh reality of Soccer in Europe.

But a remarkable and record breaking “Great Escape” at the end of the season saw Leicester clinch seven wins from their last nine matches and secured their spot in the Premier League for their historic run.

The final piece in this Cinderella comeback story arrived when the club sacked their coach and hired the kind, lovable Italian manager, Claudio Ranieri, who had led some of the best teams in the world to second place, but had been fired for failing to reach the top in the various leagues. If he couldn’t lead those multi-million dollar rosters to victory, it seemed unlikely that Ranieri would be able to accomplish anything with The Foxes, whose odds of winning the title were a staggering 5000-1 at the start of the season. 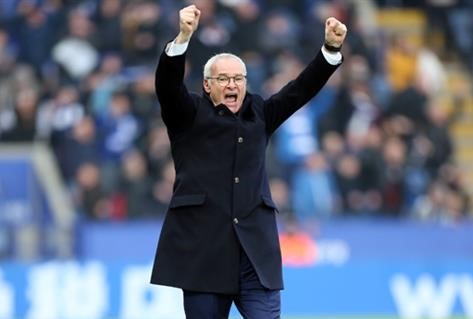 The team was–like their manager–a collection of “Almost” stories. Many of the players had at one time or another in their careers, been brought to a big club as an exciting prospect. This was a squad of players who had seen the harsher side of professional sports. Many of them, such as Robert Huth, the 32 year-old German center back, or Danny Drinkwater, the 26 year-old English midfielder, had been sold from one club to another on a trail of unfulfilled potential before finally ending up with Leicester in the second division.

Now the starting eleven of The Foxes is exploding with potential, a mix of young starlets, experienced veterans, and hungry castaways. Players, like the one just named PFA Player of the Year, Riyad Mahrez, an Algerian international found playing in the third tier of French football, signed for a fee of 500,000 pounds, a truly poultry sum by the standards of the times. The right-winger this season has contributed 17 goals and 11 assists at the time of writing, and at 25 years of age is looking like one of the best in his position in world football.

Another new star is Jamie Vardy, a 29 year old English striker who, until he began banging them in for The Foxes, was playing with tiny teams such as Halifax Town, and Stockbridge Park Steels, deep in the bowels of the English Football System. He’s bagged 22 goals in 36 games with his stunning speed and savagery, and scored in a record eleven consecutive Premier League matches.

With exquisite counter-attacking football Ranieri has engineered one of the great classic underdog stories in the history of sports. The charismatic coach has fostered a wonderful relationship with his players, letting them relax during the week–with two days off instead of one–and even drink before games. He insists that playing must be fun, rather than a job.

He has been a darling in the papers since day one. He’s done it with charm, saying things like “Why can’t we continue to run, run, run? We are like Forrest Gump; Leicester is Forrest Gump”. He’s done it with passion, inspiring lesser teams around him with quotes like “I told my players: It’s this year or never. In an era when money counts for everything, we give hope to everybody”. And finally, he’s done it with humor, like this gem, responding to a reporter who asked which actor he would like to portray him in a movie: “Robert De Niro would be good. I’ve heard that’s who they want to play me”.

The Foxes have become just the sixth team to win the Premier League since its inception in 1992, and the commanding 38 game performance has become an example to small town football clubs the world over, that maybe, just maybe, they can be like Leicester.