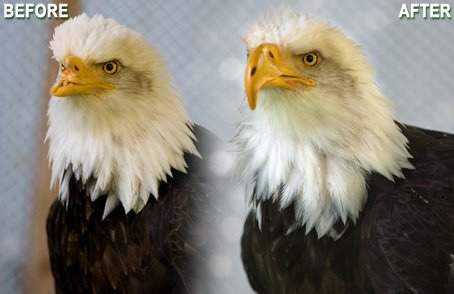 A bald eagle shot in the face by a poacher in 2005, suffered such damage to her beak that feeding herself became impossible.

Animal rescue workers found her before she starved to death, and volunteers at the nonprofit group Birds of Prey Northwest nursed her back to health.

Seven years later, the eagle named Beauty can now preen and eat on her own, thanks to a little help from technology.

Thanks to Kelly Lovejoy for submitting the link!