Home All News Inspiring Blankets of Hope Partners With Students to Deliver 20,000 Blankets to the... 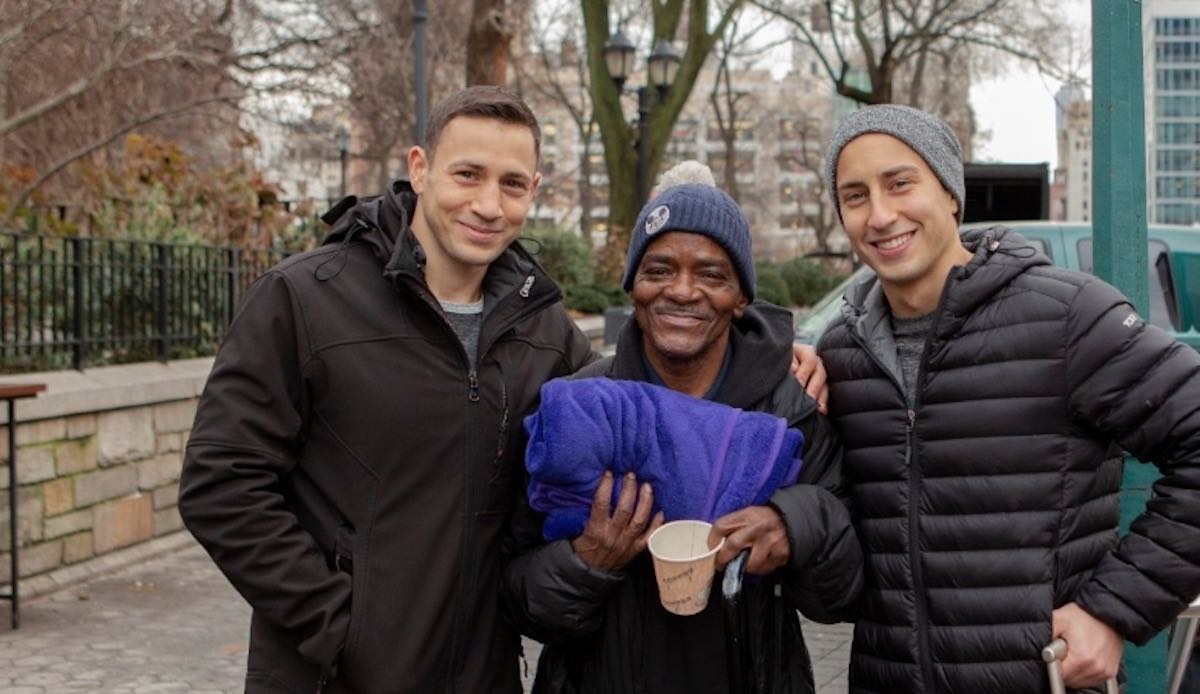 Brothers Mike and Nick Fiorito quit their jobs in New York City in 2016 after realizing how often they felt unfulfilled in their young lives. The move was scary, but eventually it led them to an idea for helping the homeless folks whom they so often passed on the cold city streets on their way to work.

They launched Blankets of Hope, which turned into a global nonprofit organization that also encourages kindness in schools. They began partnering with students so that every blanket includes an inspiring, motivational note handwritten in classrooms across the country.

To date, they have partnered with over 150 schools in 32 states across the United States—plus schools in Canada and Mexico—and have delivered nearly 20,000 blankets with the handwritten notes to those in need.

The lightbulb went off when Nick’s fifth grade teacher saw a news story about the brothers delivering blankets and then reached out asking how to get her students involved. Soon the Fioritos began teaching kindness and empathy workshops in classrooms.

“They close their eyes and put themselves in the perspective of someone who’s homeless and they really exercise that empathy muscle,” Mike told one news reporter..

Adults can get involved, too. Donate on a GoFundMe page to help purchase the blankets, which the brothers buy for $5.00 a piece. Because the organization is an official non-profit, 100% of Americans’ donation is tax deductible—and, even better, 100% of any donation goes directly to buying blankets.

Their latest goal is to hand out another 20,000 blankets this winter, which not only keep people warmer, but provides a friendly connection to another soul, which people living on the street too often lack.

(WATCH the heartwarming video from KTVB News below)