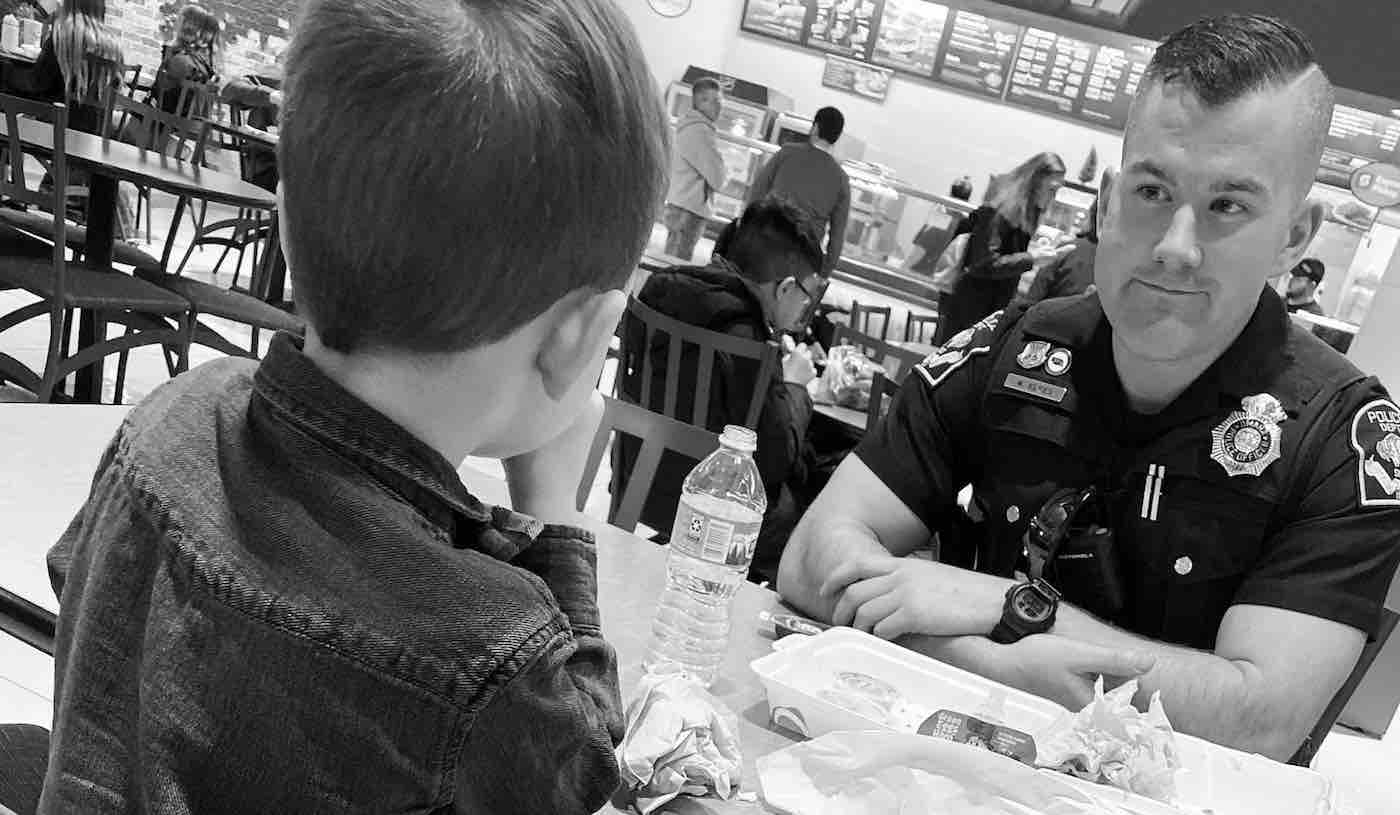 Most kids will go nuts for an opportunity to play in a shopping mall play place, but not Oliver Navejar.

According to a heartwarming post from his mother, the 5-year-old boy from Omaha, Nebraska had been in the middle of frolicking amongst the mall’s play equipment when he suddenly caught sight of a police officer dining alone at the nearby food court.

Rather than continuing with his childlike antics, he immediately abandoned the play area so he could sit with the officer.

“Tonight, I saw Oliver’s eyes light up like I never have before,” Oliver’s mother Danielle Navejar wrote on Facebook. “We were at the mall and he was mid tuck-and-roll in the play area when I saw his eyes shift to something behind me. I asked what it was and he said ‘mommy that police officer is sitting alone.’ I said ‘Yeah, he is. You can go ask to sit with him if you want.’ Without hesitation he ran over and said ‘sir could I please sit with you?’”

LOOK: Boy Invites His Entire Kindergarten Class to His Adoption Hearing—and the Ceremony Was Incredibly Sweet

Oliver then spent the next 45 minutes chatting with his new law enforcement friend. Meanwhile, Danielle says that she had been so filled with pride and inspiration, she could barely order food for her son because she was too overcome with emotion.

Not only was the exchange particularly meaningful for Oliver, it also helped to cheer up Omaha Police Officer William Klees as well.

“It was really the highlight of his day because, you know, he doesn’t really get to have those good conversations,” Danielle told WOWT. “So I think it really meant a lot to both of them.”