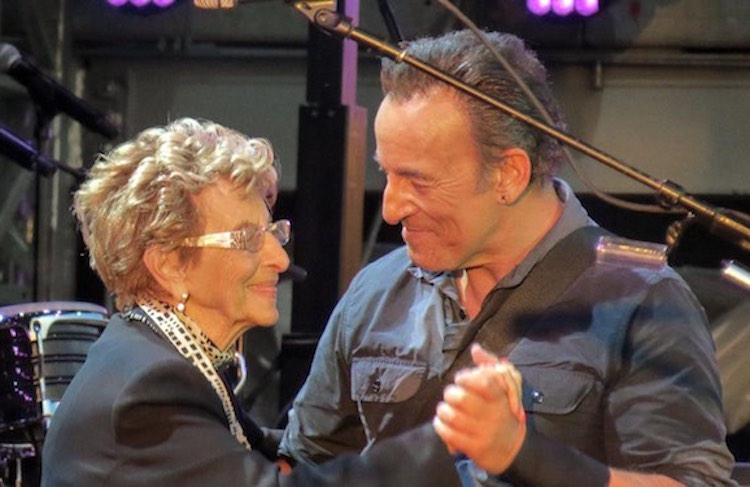 He may be “The Boss,” but Bruce Springsteen has been his mother’s son since the day he was “Born in the USA.”

On Mother’s Day fans expressed new appreciation for the the day three years ago in which Adele Ann Springsteen boogied on stage with her son during a performance of “Dancing in the Dark” three years ago.

“There ain’t a note that I play on stage that can’t be traced back to my mother,” Springsteen said.

The video shows the rock legend bringing his mom on stage before thousands of cheering fans in London for the surprise dance number.

The Facebook post last week was viewed more than five million times and fans cheered in their comments.

“Bruce may be a big star, but I am most impressed with the love and respect he shows towards his mother. That in essence is his character. He is one loving son,” Barbara Schattner Rosenblatt posted.

“There isn’t a mother in the world who wouldn’t love a dance with her son, rock star or not!” Leslie Risso wrote.

Adele is still dancing at 90. Her son joined her in the audience at Madison Square Garden in New York, March 29, for another dance number — this time to “Ramrod.”

(WATCH the video below from Consequence of Sound

This Video Was Born To Run By Your Friends, Share It…