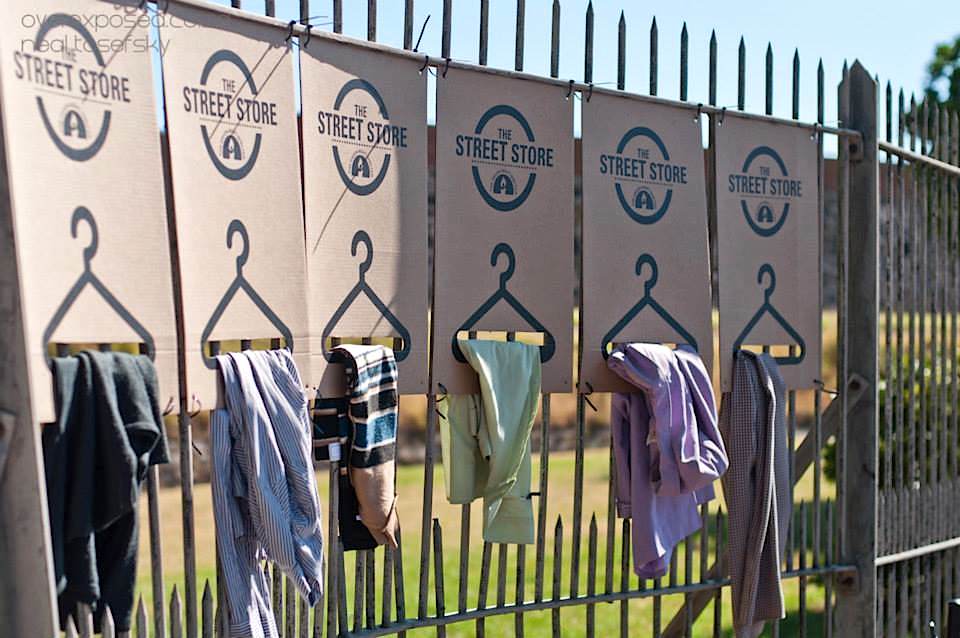 In a very trendy neighborhood of Cape Town, among chic boutiques and restaurants, two advertising creatives saw from their balcony the homeless residents, too.

They dreamed up the idea of a “Street Store” that makes it easy for the wealthiest residents to donate, and more importantly, a place to give to the poorest with dignity.

Street Store poster boards with hangers are hung from fencing over which donors can lay their clothes. Boxes are placed in a neat row for shoes and accessories. Watch the video below to see it in action.

To date the concept has grown to see street stores being duplicated in the city streets of Brussels, Vancouver, San Diego, Sao Polo and a number of other cities worldwide since then. More than 263 cities from around the world have signed up to host a Street Store — posters have been translated through social media into nine languages.