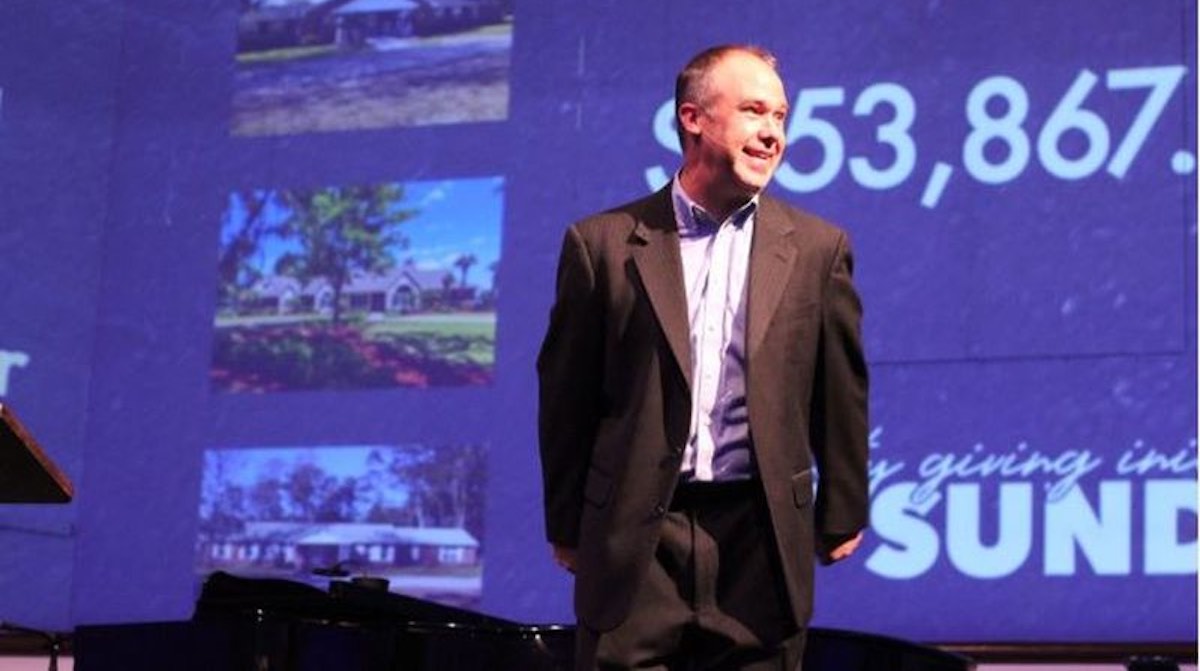 It’s uncertain whether the struggling residents of Central Florida have ever prayed for their medical bills to be wiped out, but that’s exactly what just happened: 6,500 families are going to get letters in the mail saying their debt has been paid off by people they’ve never met.

“It’s one thing for us to say, ‘God loves you,” Senior Pastor Dan Glenn told his congregation. “It’s another for us to show it.”

When Stetson Baptist Church found itself with an ‘extra Sunday’ at the end of its fiscal year calendar, its leaders decided that on June 30th, the money collected during the service would be donated to charity. Their plan was to split the proceeds to support a group foster home that provides services for underserved youngsters and also help the residents of their home county of Volusia to pay their medical bills.

Although the initial goal of the church in DeLand was $48,000, the congregation of about 350 responded to the call and raised a staggering $153,867, more than three times the original goal.

The generous donations were able to fund not one, not two, but three foster homes for an entire year—plus wipe out the medical debt of struggling families in four additional Central Florida counties.

They used a New York charity, RIP Medical Debt, which buys the debt for just pennies on the dollar, to leverage the money’s impact—and ended up wiping out $7.2 million of unpaid medical bills.

RELATED: Church Raises $100K Through Month-Long Fast So They Can Pay Off Student Debt for 34 Grads

Church leaders got the idea after hearing about a Kansas church that had done the same thing. Earlier this month, a church in Michigan said it had also purchased medical debts, helping almost 2,000 families and providing over $1.8 million in medical debt relief.

It’s interesting to note that buying the debt of strangers and subsequently paying it off was an idea that sprung out of the political movement of ‘Occupy Wall Street.’ After protests ended and the encampments taken down in New York and cities around the world, some of the participants set up an amazing effort in 2012 to help “the 99%” and called the Rolling Jubilee.

They raised over $700,000 to abolish more than $35 million in crushing college and medical debt, liberating tens of thousands of people from the burden.

Even more amazing, the two founders of RIP were actual debt collectors, wearing suits and ties, with offices near the protest encampments. They were inspired by the movement and now are freeing strangers from debt in a full-time capacity.

(WATCH Pastor Glenn announce the results to his congregation…)