Home All News Inspiring Watch Firefighter Choke Back Tears After Seeing American Flag in Color for... 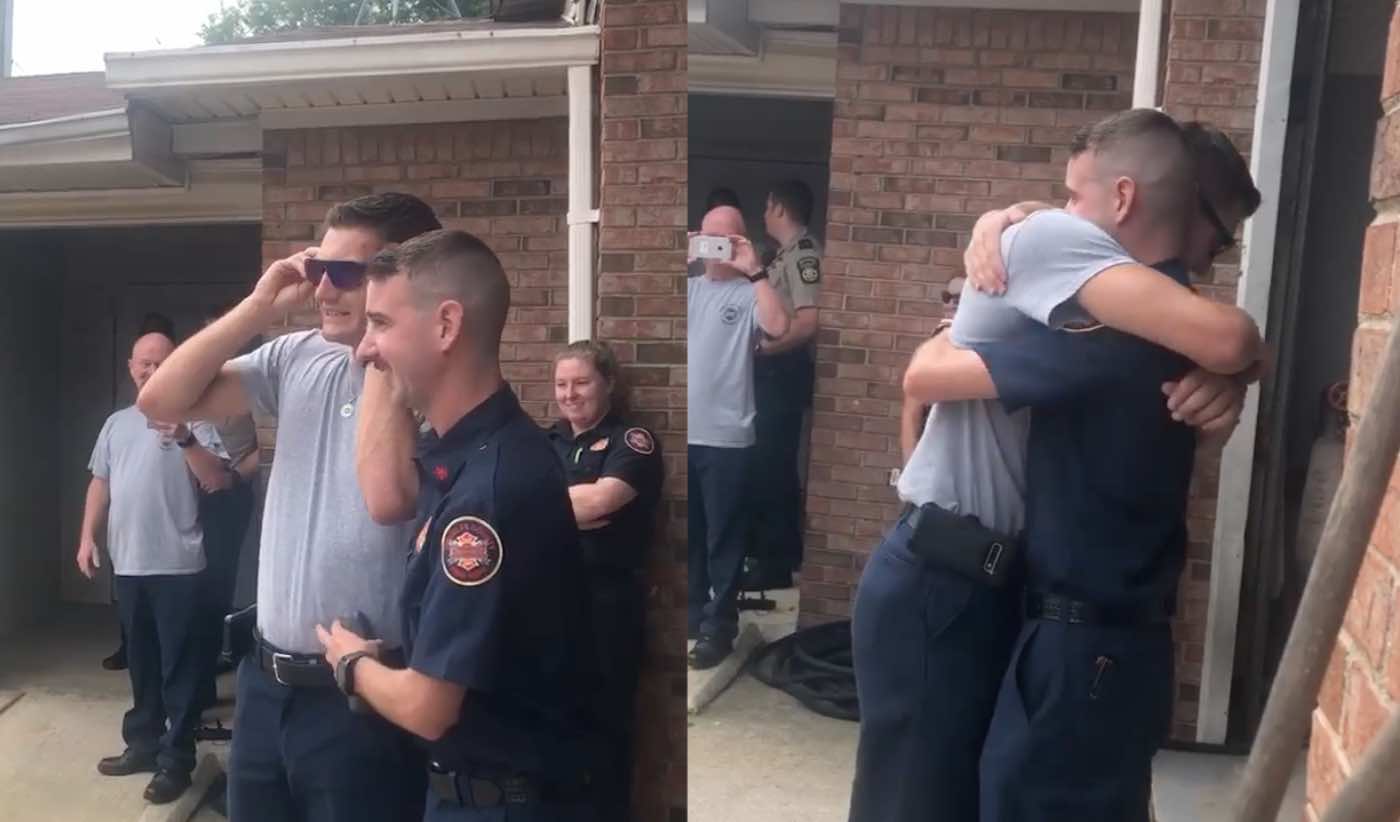 A 21-year-old firefighter finally got to appreciate the vivid colors of his country’s flag after his colleagues pooled their money to buy him a pair of corrective glasses for colorblindness.

Spencer Caradine, who works as a firefighter in Douglas County, Georgia, didn’t know that he was red-green colorblind until his friend and co-worker Jordan Gardner took notice.

The two men had been out on a hiking trip when Gardner tried to point out a green object that stood next to a red barn – but Caradine said that he couldn’t tell the difference between the two.

Gardner later confirmed his friend’s colorblindness after he got Caradine to unknowingly take a vision test. He and the other firefighters then opened their wallets so they could get Caradine a pair of EnChroma glasses, which cost upwards of $300 on Amazon.com.

RELATED: Man Was Colorblind For 50 Yrs, Bursts into Tears Seeing Trees in Color For First Time

After his colleagues surprised him with the glasses, they positioned Caradine in front of the American flag so that it would be the first thing he saw in full color.

Once he put on the glasses, Caradine could barely contain his emotions.

“It was so much different from what I’ve ever seen,” he told WSB-TV. “It was more beautiful.”

CHECK OUT: Watch 10-Year-old Boy’s Emotional Reaction to Seeing Color for the First Time in His Life

Since Gardner published a video of his friend’s reaction to Facebook, it has been viewed thousands of times – and it’s not hard to see why.

The post read: “One of my best friends has never seen what the world really looks like until today. Spencer always said the first thing he wanted to see in color was the American flag so… we made it happen. None of us are emotional people but this morning got the best of all of us.”