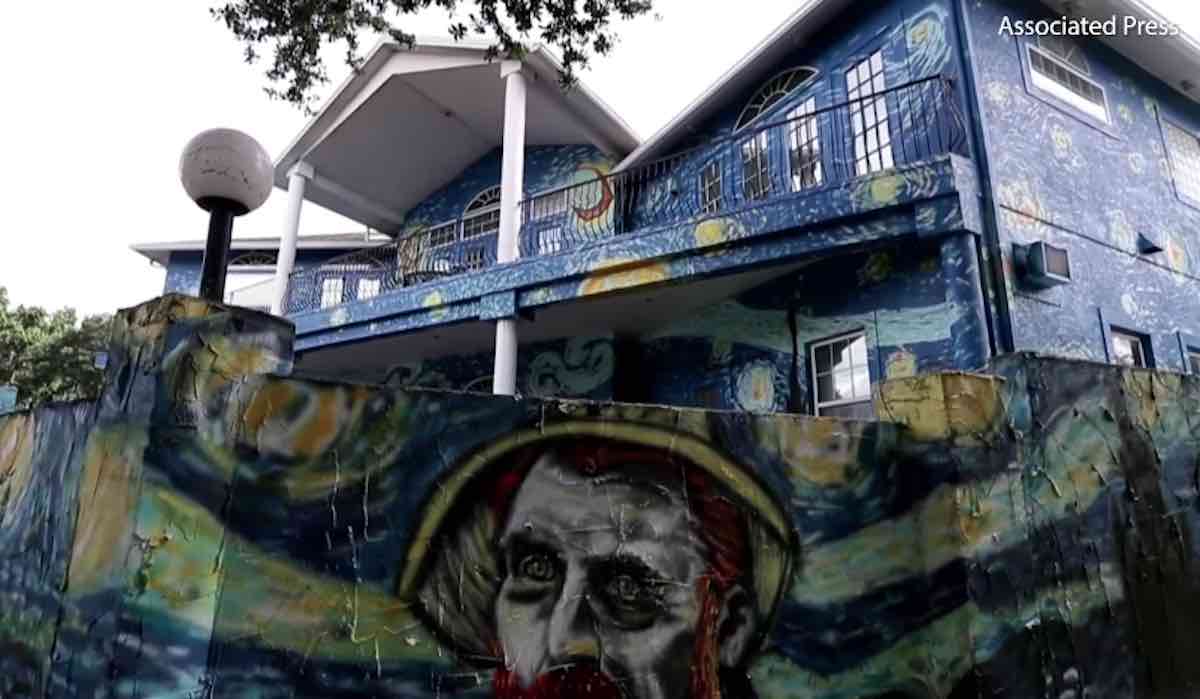 This family was facing thousands of dollars in fines from the city after they turned their home into a masterpiece.

Lubomir Jastrzebski and his wife Nancy Nemhauser of Mount Dora, Florida created a mural on the front of their home that resembled Vincent Van Gogh’s “Starry Night” painting. The gorgeous house drew attention from tourists and social media until it eventually captured the attention of the city.

The local legislature ordered the couple to cover up the painting because it could be considered “graffiti”. When they expanded the mural to include the entire front of their house, the city told them that it was too distracting for passing drivers and dealt the family a fine of $100 per day until they took it down.

The couple fought back, refusing to pay the fines and filing a lawsuit against the city claiming that the fines were a violation of their freedom of expression.

It wasn’t just freedom of expression they fought for, either – Jastrzebski and Nemhauser’s 25-year-old son has autism, and by making their home an obvious and identifiable landmark, the couple hoped it would help their son find his way home if he ever got lost.

Finally, after five months of legal struggle and roughly $10,000 in unpaid fines, a federal judge ruled that the couple could keep the mural.

As part of the city’s settlement with the family, the mayor will issue a formal apology, the couple will be paid $15,000 to cover their legal fees, and the legislature will be rewriting their city ordinance codes to accommodate such freedoms.