Home All News Heroes After Neighbors Ran to Save a Man’s Life, He Put Up a... 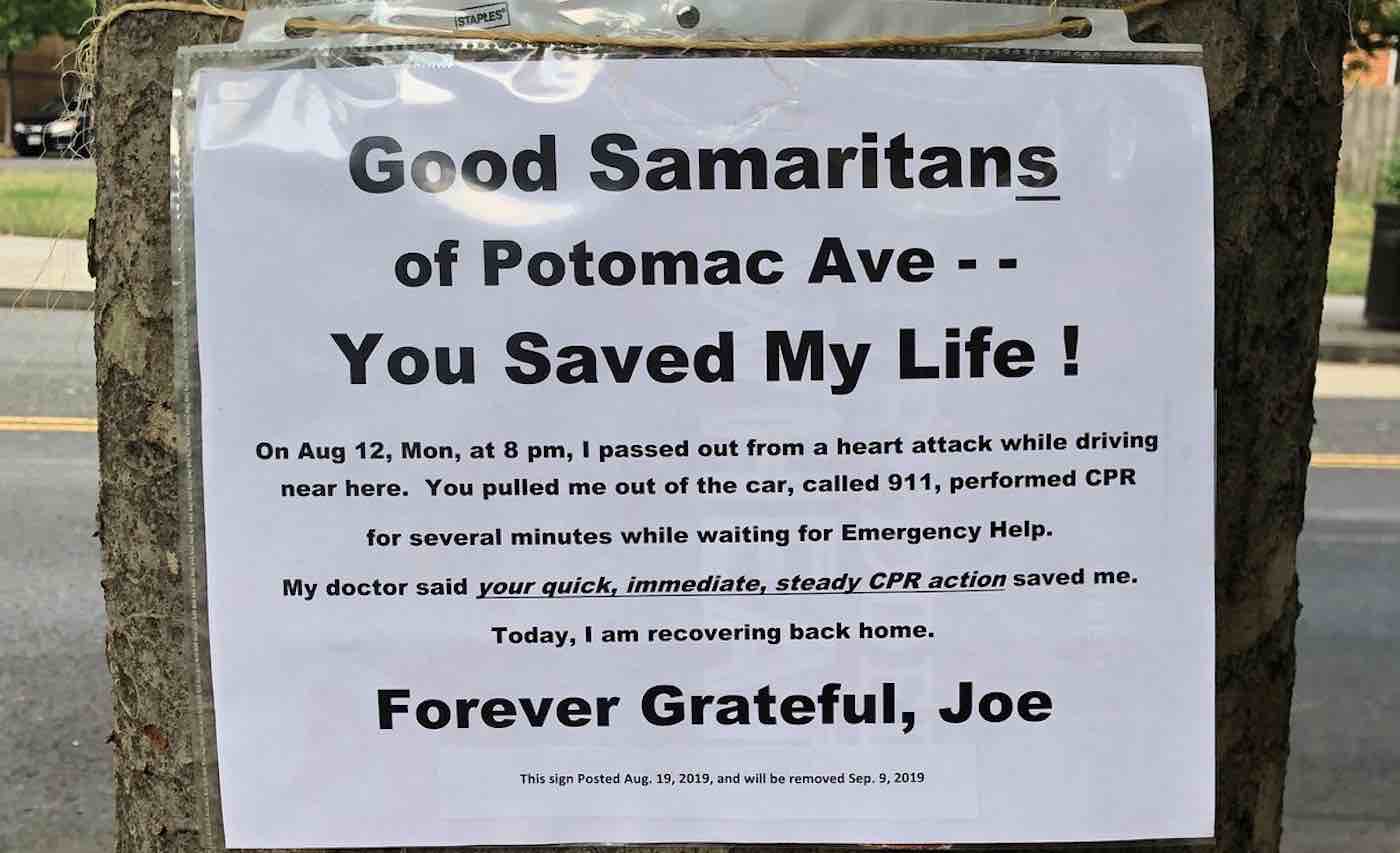 After neighbors rallied together to save the life of an unidentified man earlier this month, he used a sign to thank everyone for coming to his rescue.

Alphonso and Deborah Williams were just two of the community members who were startled by the sound of a car collision on their street as they were watching television at their home in southeast Washington DC.

As they ran to their door to investigate the sound of the noise, they found an unconscious man sitting behind the wheel of a car that had crashed into a number of parked vehicles.

By the time they rushed to his side, he was barely responsive—and as more people joined them at the scene of the crash, he stopped breathing and started turning blue.

RELATED: Foot Doctor Saves Passenger’s Life by Following His Instincts and Ignoring Orders From the Ground

After they dialed 911, the neighbors then took turns performing CPR on the man while Deborah brought them water to stay hydrated in the heat.

An ambulance eventually arrived and whisked the man off to the hospital. Fearing the worst, Deborah told The Washington Post that she and the other Good Samaritans worried that the man wasn’t going to survive. “Everybody was out there, we were all concerned,” she said.

One week after the incident took place, however, a sign appeared in the neighborhood. It read: “Good Samaritans of Potomac Ave — you saved my life!

“I passed out from a heart attack while driving near here,” it continued. “My doctor said your quick, immediate, steady CPR action saved me. Today, I am recovering back home. Forever grateful, Joe.”

Police declined to identify Joe following the accident, but the neighbors say that they are simply happy to know that the incident had a happy ending—and they’re grateful to know that they live in a community where people are ready to help at a moment’s notice.

Alphonso told The Post: “When there’s an accident, they will always pull together.”