Home All News Inspiring Custodian Learns Teen is Hungry and Homeless So She Shows Him Her... 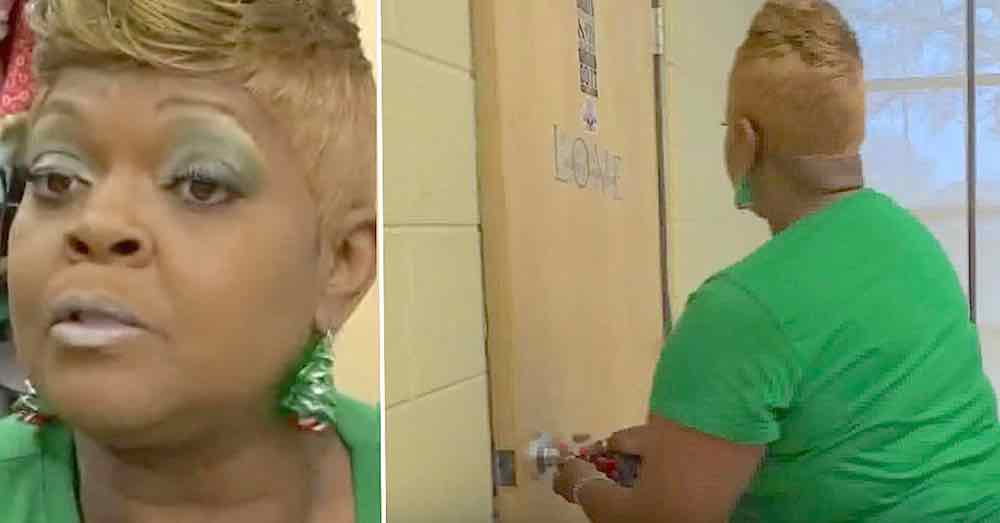 This kind janitor does not just keep her school clean – she also helps to keep the students safe.

Carolyn Collins is the custodian at Tucker High School in Tucker, Georgia. On any given day, you can find Carolyn picking up after the students, mopping the floors, and restocking the bathrooms.

But three years ago, something happened at school that added an unexpected element to Carolyn’s job.

While Carolyn was performing her early-morning tasks before the first bell, she was approached by two students who said they were starving and had nowhere else to go.

Carolyn, whose own son was killed during a home invasion, felt an instant calling to help the youngsters.

Carolyn then decided to transform one of the school closets into a supply room that specifically stocked food, clothing, and resources for struggling students.

During any given year, the compassionate custodian says that she opens her special closet for up to 30 kids who have nowhere else to turn.

NOTE: Some Fraudulent GoFundMe accounts were created to raise money based on Carolyn’s work. If you want to donate, please do so directly with the school: Attn: Mrs Collins, CARE CLOSET, 5036 LaVista Road, Tucker GA 30084