Home All News Inspiring Dad Turns Board Games into Bed Sheets So Sick Kids Lying in... 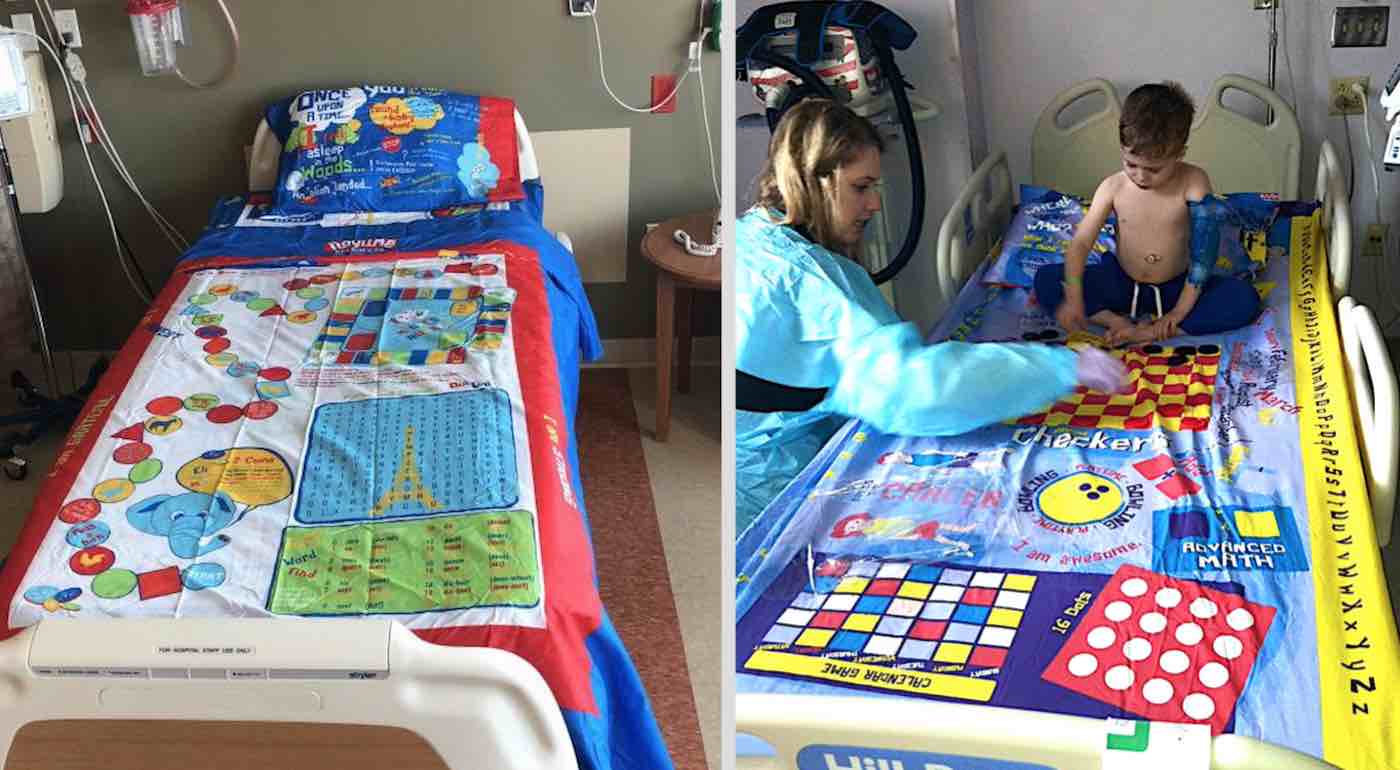 Ever since he was a kid, Kevin Gatlin has been bored by the monotonous environments of hospital rooms – so as a means of making sure that his children were never forced to endure the same tedium, he came up with a simple solution to help with the hospital doldrums.

Gatlin is the mastermind behind Playtime Edventures, an interactive set of bed sheets that feature dozens of games and lessons for children confined to their hospital beds.

The entrepreneur from Charlotte, North Carolina first got the idea for the bed sheets after he went to go visit his friend’s hospitalized child several years ago.

Heartbroken by the idea of a child spending hours upon hours in a plain white room, he thought about how his wife had always played games on his son’s bed in order to help him fall asleep.

Gatlin then spent the next two years developing the sheets so that children could be entertained from the comfort of their own bed.

He also worked with several school teachers in order to make the games educational.

“We put together bedsheets and slumber bags that cover everything from geography, math, science, grammar, word find games… all on a three-piece set,” Gatlin told KWES.

LOOK: From Terrifying to Terrific – Man Redesigns MRI Machine to Delight Children Instead of Scare Them

To date, Gatlin knows that his sheets are being used in 10 different hospitals across the country – but since his customers are able to donate bedsheets to their own local hospitals, that number could be much higher.

Parents can also buy the interactive sheets for their own children at home, but Gatlin hopes that his invention will soon make its way into hospitals around the world.

(WATCH the news coverage below) – Photo by Playtime Edventures

Be Sure And Share This Sweet Story With Your Friends On Social Media….