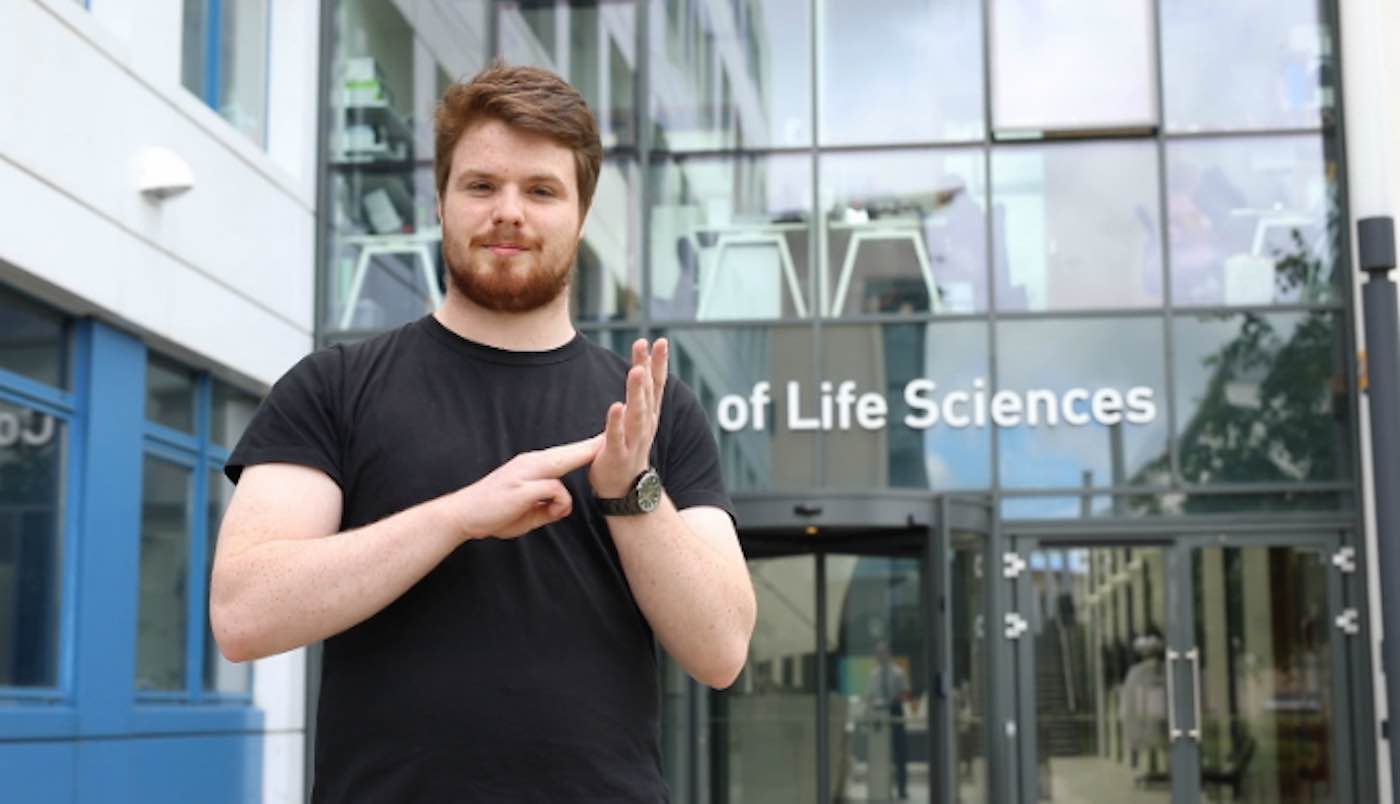 It can already be difficult to say a scientific word like “deoxyribonucleotide” let alone spell it out in sign language—but that’s why this determined young university student is being praised for inventing brand new ways for deaf scientists to communicate.

Liam Mcmulkin, who was born deaf, was the first person in his family to pursue a higher education after he enrolled at the University of Dundee to study life sciences in 2015.

Like most first-year students, Mcmulkin had already been anxious about being able to keep up a college workload. Since he was also the only deaf student at the university, he also feared that he would have trouble keeping up with the course lectures.

Though there are some British Sign Language (BSL) translations for scientific vocabulary words, the lexicon becomes fairly limited for college-level communication. As Mcmulkin continued studying in university, he became more and more frustrated by how his translator would be forced to spell out long complex words.

“Watching the interpreters for a one-hour lecture is very tiring,” Mcmulkin told BBC. “There are a lot of new words and scientific words are often very long, like ‘deoxyribonucleotide’ and ‘deoxyribonucleoside’.

“Sometimes the interpreter would be finger spelling for ages and I was having to watch it,” he added. “We would make up new signs which meant it was easier next time, but it also meant I had to learn new signs which was very tiring.”

Mcmulkin finally resolved to develop a whole new set of BSL vocabulary words for himself and future life sciences students. To date, he has created over 100 new signs for scientific words that have been officially recognized in formal BSL, which is used by approximately 87,000 people across the UK.

“Liam’s effort towards creating new signs is crucial to the future of the life sciences,” said Dr. Marios Stavridis, Principal Investigator at the School of Life Sciences and supervisor of Mcmulkin’s project. “During his two years of study, he has already developed signs for biology specialist terms ‘on the fly’ and it will be so rewarding to see these terms used in BSL.

MORE: 15-Year-old Melts the Hearts of Airline Passengers When She Befriends Blind and Deaf Passenger

“If you imagine having to finger spell highly technical terms whilst sitting in a lecture or having a quick conversation with a colleague, you can appreciate how taxing and difficult it has been for Liam,” he added. “With these signs, Liam and other deaf students will be able to access science on a whole other level.”

As Mcmulkin prepares to study for his master’s degree in September with the goal of eventually becoming a researcher, he is excited to see his new words ease the struggles of other deaf scientists who are following in his footsteps.