Home All News Arts & Leisure Diver is Awestruck By Huge Jellyfish Encounter Off the British Coast –... 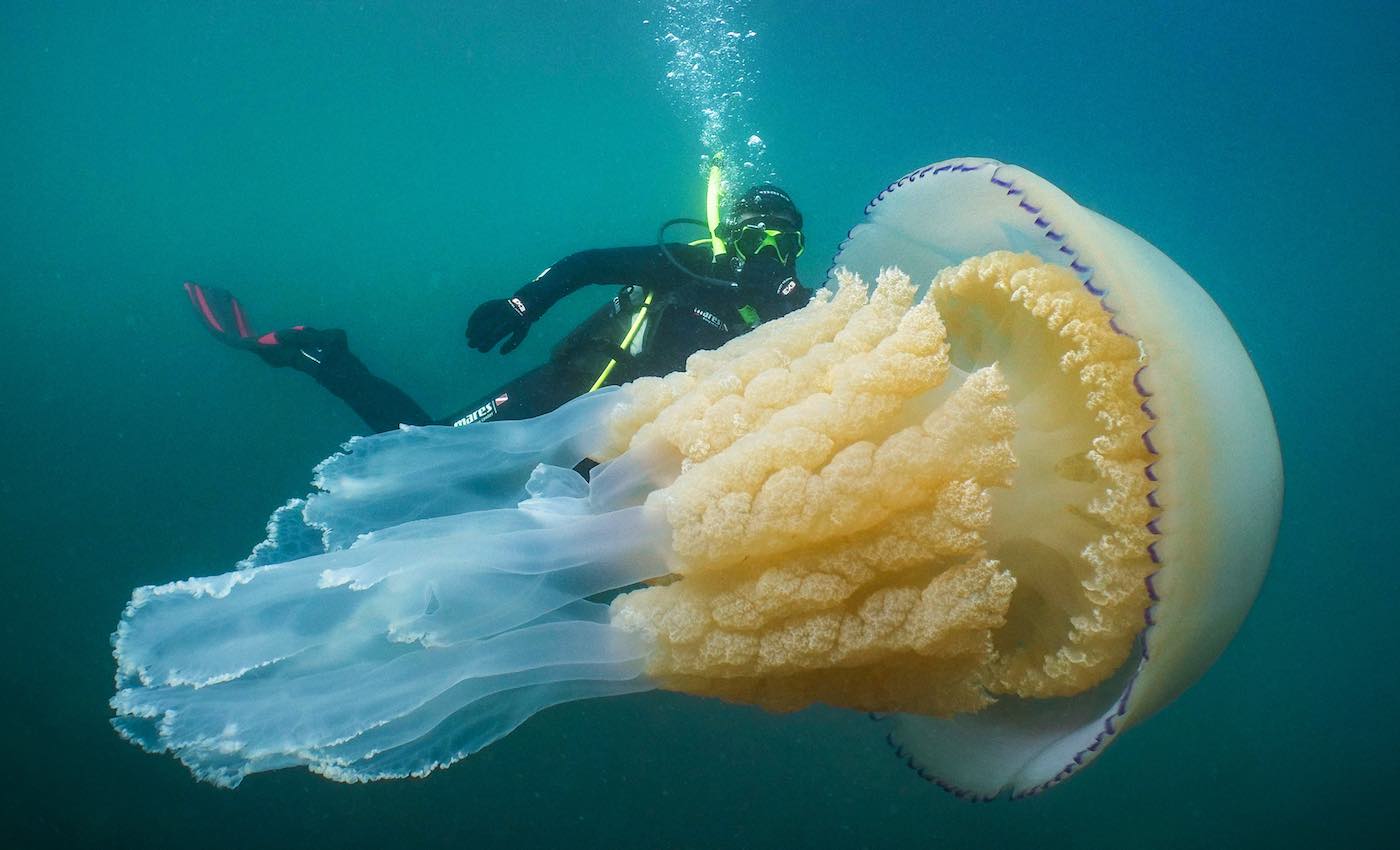 A UK diver who wanted to demonstrate that you don’t need to go to the other side of the world to see amazing marine wildlife, experienced an incredible encounter with a huge barrel jellyfish.

Dan Abbott was filming marine life off the British coast near Falmouth, Cornwall on Saturday when he spotted the massive jellyfish.

Dan said he was completely awestruck by the mammoth stinger and snapped a picture of biologist Lizzie Daly, who is the host of BBC Earth, swimming alongside it to demonstrate just how big the specimen was.

The 32-year-old underwater cinematographer from Colchester, Essex, said, “It’s the biggest jellyfish I’ve ever seen, in some ways I was shocked—but not in a negative way, more awestruck.”

“It was an incredible animal, we both came out the water completely mind blown from that experience.”

WATCH: Beluga Whale (Accused of Being a Russian Spy) Assists Woman Who Dropped Her Phone in the Sea

Dan and Lizzie had spent a week travellng to hot spots for marine life around the British isles on a trip called Wild Ocean Week.

They swam with grey seals off the Farne Islands, off the coast of Northumberland, minke whales off the north west coast of Scotland, and seabirds off Wales. During the weeklong excursion, Dan and Lizzie also raised money for the Marine Conservation Society.

WATCH: Breathtaking Moment When Dolphins and Australian Surfers Catch a Wave Together

Dan continued: “The thing that this whole week has been about is there’s plenty on our doorstep.”

“Cornwall was nice and warm for diving—and because of the jellyfish, that was my favorite part (of the trip).”

Thanks to Dan and Lizzie, the world got to view this magnificent creature—without the risk of being stung.

Don’t Forget to SHARE This Amazing Photo on Social Media…