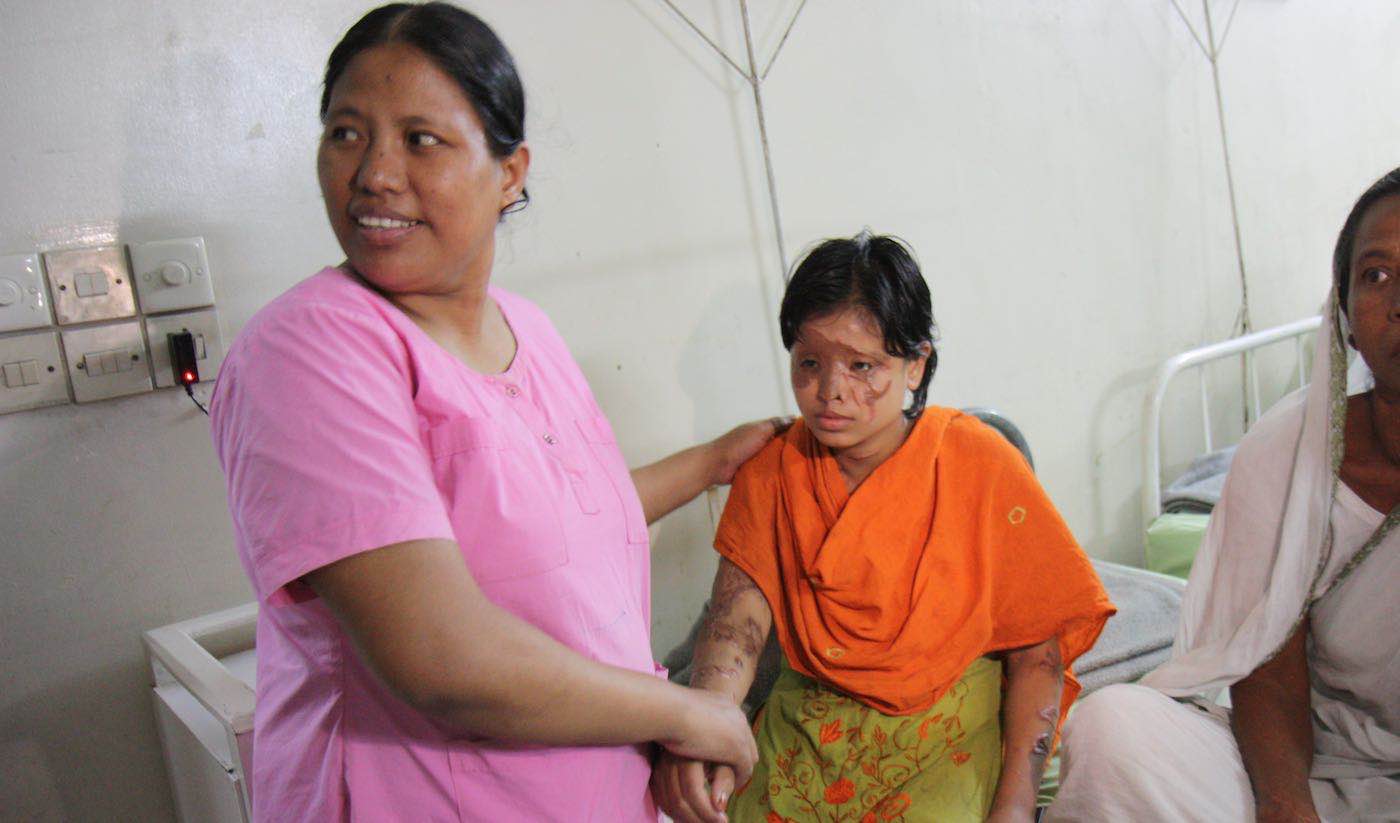 A Pakistani doctor has come up with a revolutionary new form of artificial skin for acid attack survivors that will likely only cost a fraction of the price of current treatment methods.

Currently, burn victims can either be treated with skin that has been grafted from another part of their body or doctors can use skin that has been sourced from a donor. That being said, the procedure for grafting skin from the patient’s own body can be particularly expensive; and since donated skin can’t be stored for long periods of time, these grafts are often in short supply.

Doctors can use artificial skin that has been grown in a lab, but it usually costs about $900 per square inch – which is particularly unaffordable for young women who have fallen victim to acid attacks in rural or underdeveloped regions.

Thankfully, Dr. Rauf Ahmed from the Jinnah Burn and Reconstructive Surgery Center in the Pakistani city of Lahore told CNN that he has developed a much more inexpensive solution to the problem of costly artificial skin grafts.

Rather than use the trypizine enzyme to cultivate artificial skin cells, he began using sodium chloride – also known as salt – to develop the skin samples.

According to the doctor, his breakthrough will likely bring the cost of skin grafts down from $900 to about $5 per square inch. Furthermore, it can be stored for up to two years.

After the artificial skin was successfully tested on animals, Ahmed began human trials on a number of acid attack survivors and burn victims back in October 2018 – and with the trials set to conclude at the end of the summer, he says the results have been “outstanding”.

CHECK OUT: This Simple Self-Defense Program is Halting Sexual Assault Rates in Their Tracks

“Mortality rate among patients with more than 70% of their bodies burnt is 90%. However, with the large-scale production of the biological human skin, surgeons will be able to reduce the burns to 20% and allow patients to live longer,” University of Health Science (UHS) Vice Chancellor Professor Javed Ikram told the Express Tribune about Ahmed’s work.

“In fact, the skin which we have prepared in Pakistan is better than its imported counterpart in many aspects,” he added. “We already have our skin specimen approved by the United States Food and Drug Administration (FDA) and … although we cannot give a date, the commercial production of these medicines and artificial body parts will begin soon and we will try to keep the prices at the lowest.”

Be Sure And Share The Groundbreaking News With Your Friends On Social Media – File photo by Narayan Nath/FCO/Department for International Development, CC