Home All News Heroes Dog is Finally Rescued by Hiker Three Weeks After Falling into Cave... 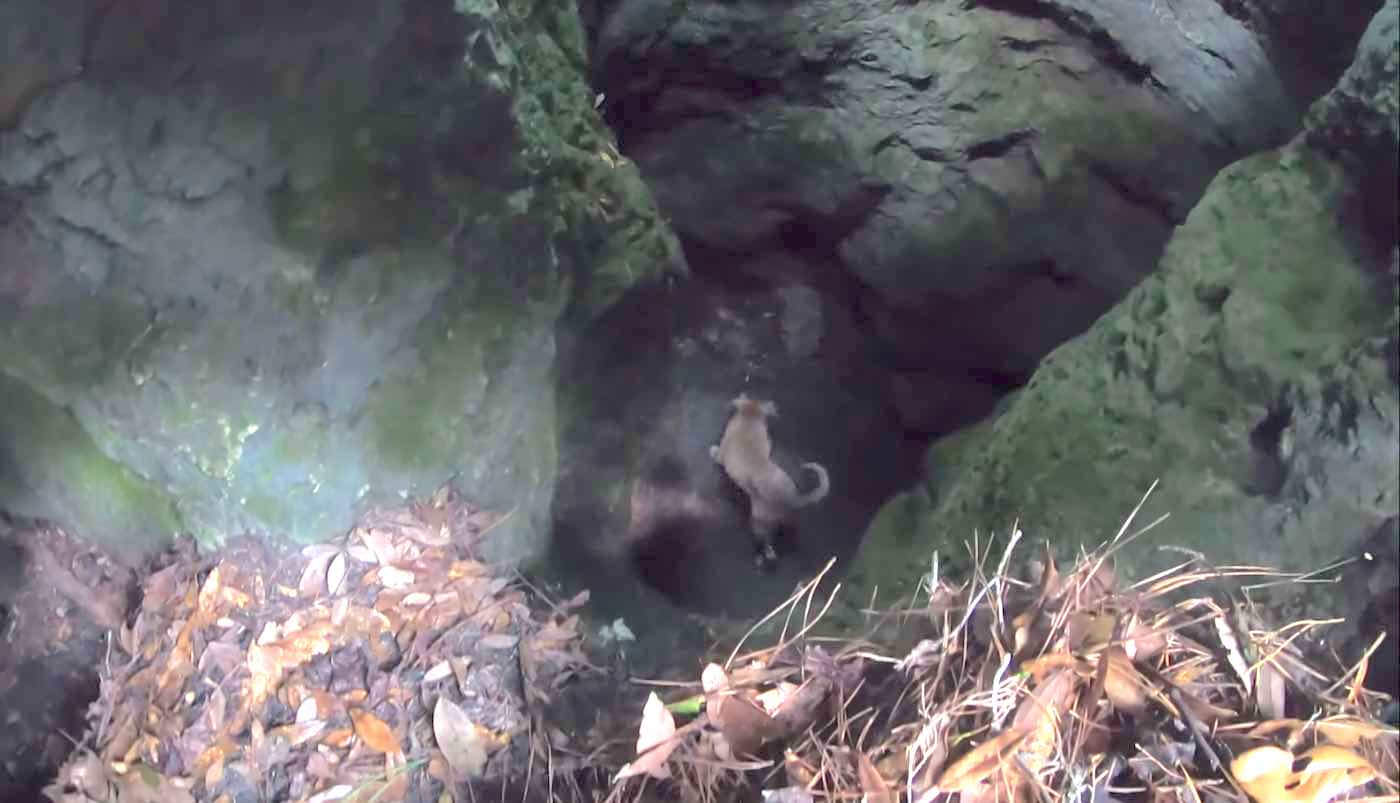 After being trapped in a cave for three weeks, this lucky pup was finally saved from her plight thanks to a hiker who happened to hear her calls for help.

Joe Dunn is an avid hiker who was exploring the forests of Withlacoochee State Forest near Tampa, Florida last weekend when he heard yelps coming from amongst the trees.

Upon following the canine cries, he found a dog trapped at the bottom of a very deep cave.

Without any rope or safety equipment, he had no idea how he would be able to save the dog without getting trapped in the cave himself. Additionally, the cave was located several miles away from civilization, Dunn had almost no cell phone coverage in the woods, and daylight was fading fast.

RELATED: Watch the Moment a Sloth Thanks Its Rescuers for Saving It From Oncoming Traffic

Dunn quickly dumped all of his food and snacks into the cave so the dog would have something to eat before he hiked back out of the forest and posted a call for help on his social media pages.

The very next day, several Good Samaritans from across central Florida drove to Tampa and followed Dunn into the park with rescue equipment in hand.

Once they had found the cave – with the distressed dog still inside – one of the volunteers attached themselves to a cable and rappelled into the gorge. The rescuer then secured the dog into a harness so the other hikers could pull her out.

LOOK: Farmer Saved Fox Cubs By Performing Emergency C-Section On Mother That Had Just Been Hit By a Car

“The dog was so happy,” Joe told WFLA. “She just rolled around on the grass, wanting her belly rubbed. She was the happiest animal I’ve ever seen.”

After they gave the pup some water, the rescuers were even more excited to discover that her dog collar was inscribed with her owner’s phone number and her name: Sally.

The owner was reportedly overwhelmed with relief upon being reunited with his dog three weeks after she disappeared – and Dunn says that he was simply happy to help.

“Going through all this, it made me feel really rewarded, helping another life survive,” Dunn told the news outlet. “To help something good happen in this world.”

(WATCH the news coverage below) – Photo by Joe Dunn