Home All News Kids Fifth Graders Launch Their Own Kindness Club at School – and Bullied... 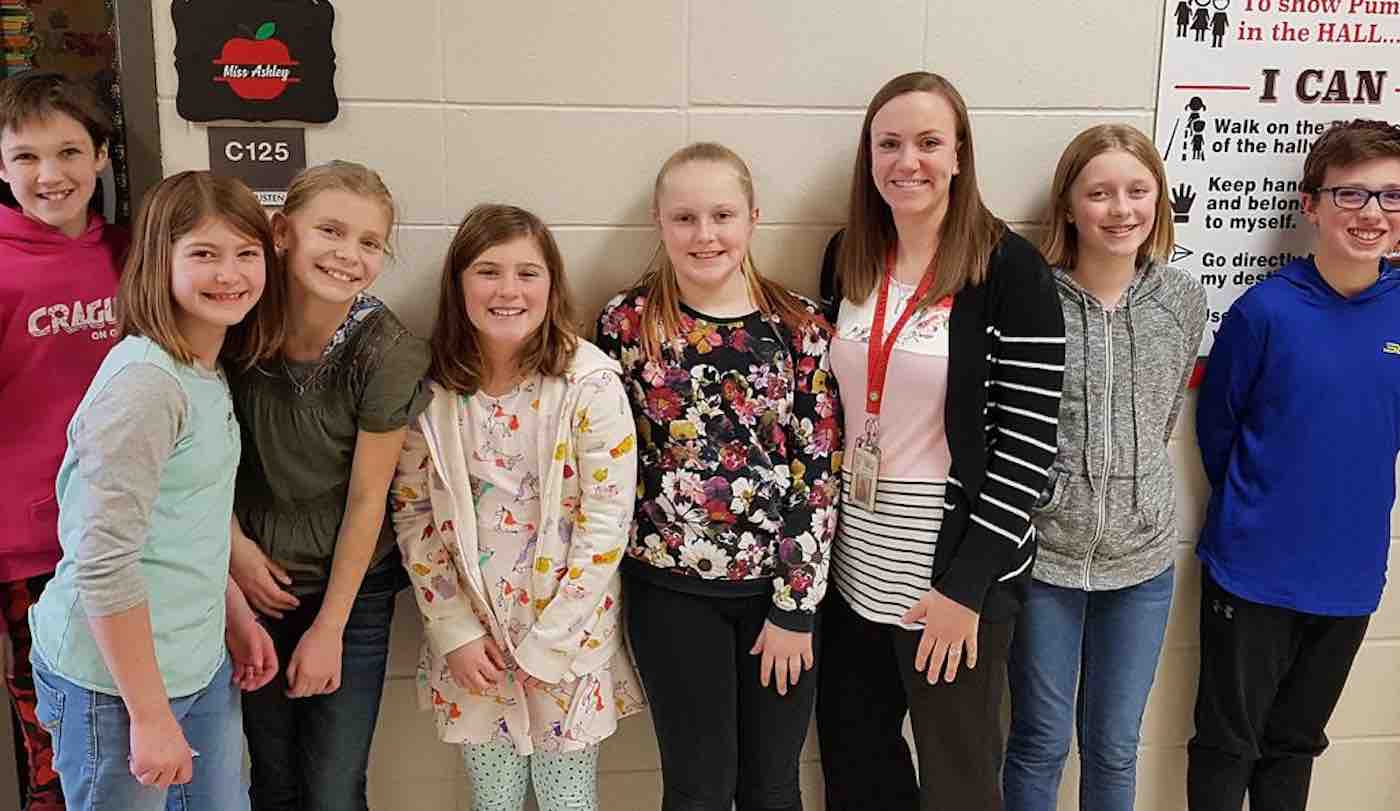 Kindness is seeping into the classrooms and corridors of an elementary school in Minnesota thanks to a group of fifth-graders.

The kids at Parker Elementary School started a Kindness Club last year, and observers say it’s having a positive impact on classroom culture.

“There had been some issues in fifth grade of kids not being very kind to each other,” said Ashley Justen, a social worker at the school in Elk River. Teachers had talked to some of the students and told them things had to change because ‘that’s not how you treat people,’ Justen said.

Fifth-grade teacher Matt Greenhoe said he had been talking with his students one day about improving the situation when one of the kids, Ady Bollinger, suggested starting the Kindness Club.

Since then the Kindness Club has blossomed, sprinkling kindness throughout the school.

Ady said they started the club because they want kids at Parker to feel safe in school. They also want to stop bullying and improve self-esteem, she said.

MORE: 11-Year-old Girl Has Been Granting the Simple Wishes of Nursing Home Patients

“It kind of makes the world a better place having someone your age to turn to for help,” added club member Elsie Ostmoe.

The club has initiated several kindness projects. They now have a bucket on display where people can drop in notes that tell of random acts of kindness they have seen, which club members plan to read during school announcements.

Before Christmas, club members launched Operation Candy Cane, where they gave every student a small candy cane — 600 in all — with the note “Happy Holidays from the Kindness Club.”

CHECK OUT: 12-Year-old Boy Gives Away Thousands of Lunches to the Homeless – and He’ll Soon Have His Own Truck

During Holly Jolly Week, they put notes of kindness on the lockers belonging to students with special needs. They also have produced a slideshow about kindness that they intend to share with others.

Currently, they are rehearsing a play based on the book “Stop,” about a girl who is being bullied and the friend who helps her. They plan to perform the play for first-graders.

Greenhoe said the students have given up recess time to work on the Kindness Club.

RELATED: 11-Year-old Boy Saves Drowning Man Twice His Size When No One Else Could Swim

Club members feel they have made a difference and said there is less bullying going on at Parker. In fact, there are fewer students using the Buddy Bench, a specially designated bench on the playground where students can sit if they are feeling alone and want to be invited to play with others.

Member Tessa Boche said she wants people to know they’re not alone and are part of a larger community: “It makes us feel good that everyone is getting included and no one feels left out.”

And the kindness is spreading: Other students are following suit by expressing random acts of kindness, like putting positive notes on students’ lockers.

MORE: 7-Year-old Boy Has Helped Thousands of Veterans After Watching a Video About Homelessness

“They definitely have created a ripple effect,” she said.

This is the fifth-graders’ last year at Parker Elementary School, but those in the Kindness Club hope to carry on their kindness crusade into middle school.

They also hope some of the fourth-graders at Parker will continue with the Kindness Club and would like to see other schools pick up on the idea as well.