Home All News Celebrities Fans Break into Keanu Reeves Property–But Instead of Calling Cops, He Invites... 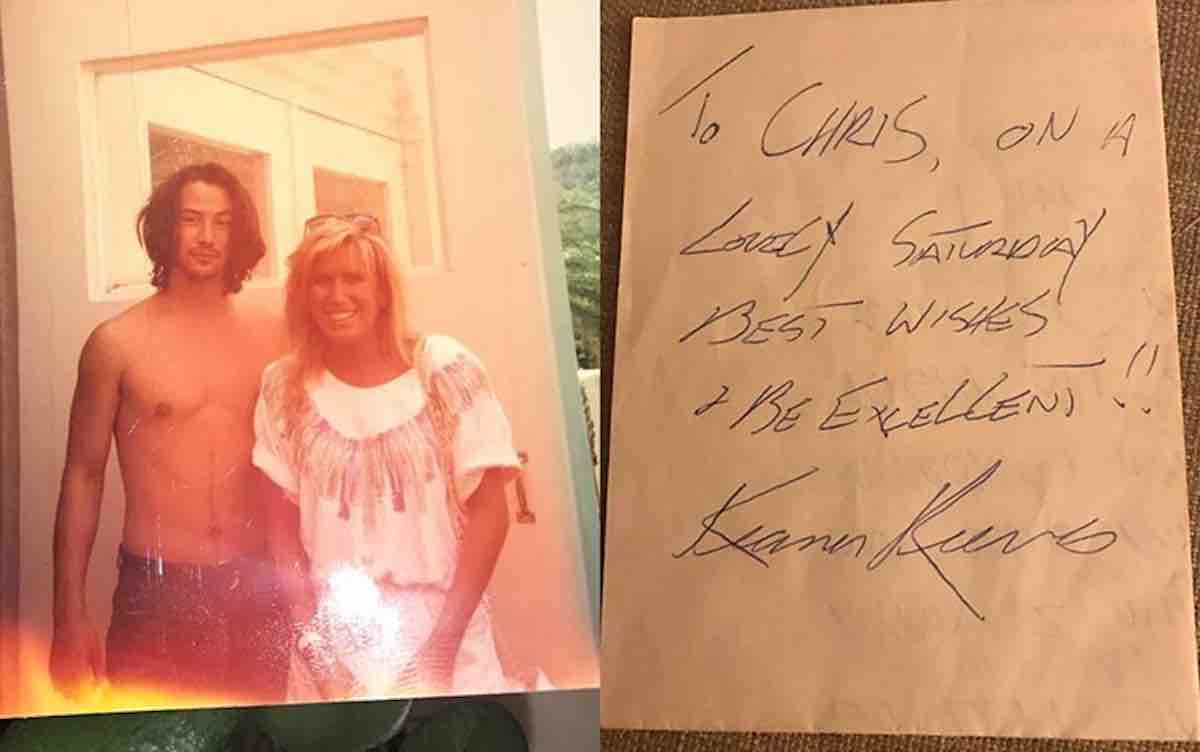 Just in case we needed more proof that Keanu Reeves is the nicest celebrity to grace the planet, a woman named Chris Johnston just wrote about a personal story that seals the deal.

Back in 1990, Johnston and her cousin had been visiting California to see her boyfriend Ned play in a softball tournament. Since Johnston was a big Reeves fan at the time (and still is), her cousin offered to take her to the movie star’s property.

The two young women mustered their courage, jumped the fence, and walked up the driveway to knock on the front door.

While telling this story now on Facebook, Johnston has no delusions about her actions at the time.

LOOK: People Are Posting Stories of Celebrities Being Nice to Them and it is Incredibly Refreshing

“If this happened today, I am not sure the outcome would be the same,” she wrote.

“It was a calmer time, and I also think a more innocent time. I think if it were today, I would for sure be on the news … but I also would not do it today. Of course, older and wiser. I think being young ‘silly’ girls helped too!”

But instead of accosting the youngsters for trespassing, Reeves started a polite conversation with the fans.

“After we told him the story and asked him not to call the police, he invited us in, gave us a beer and spoke with us,” says Johnston. “I told him how I was there for my boyfriend’s softball tournament and … [Reeves] wrote that note for Ned and I [with] best wishes to him in the softball tournament. He was such an awesome guy!”

After getting a few pictures with the movie star as evidence of the sweet encounter, they bid him farewell and went to get the pictures developed. Due to a mishap with the film, however, Johnston was very close to losing the photos.

“When we left, I had accidentally exposed the film in the camera, we went right to a one hour photo shop with the hopes of having the pictures saved… after an agonizing wait, there were only 3 pictures that were not all yellow from exposure… I was so grateful because no one would have ever believed us. Sometimes I still can’t believe it.”

While most of us would probably not repeat Johnston’s actions, her story is an excellent reminder that not all celebrities have their heads in the clouds.