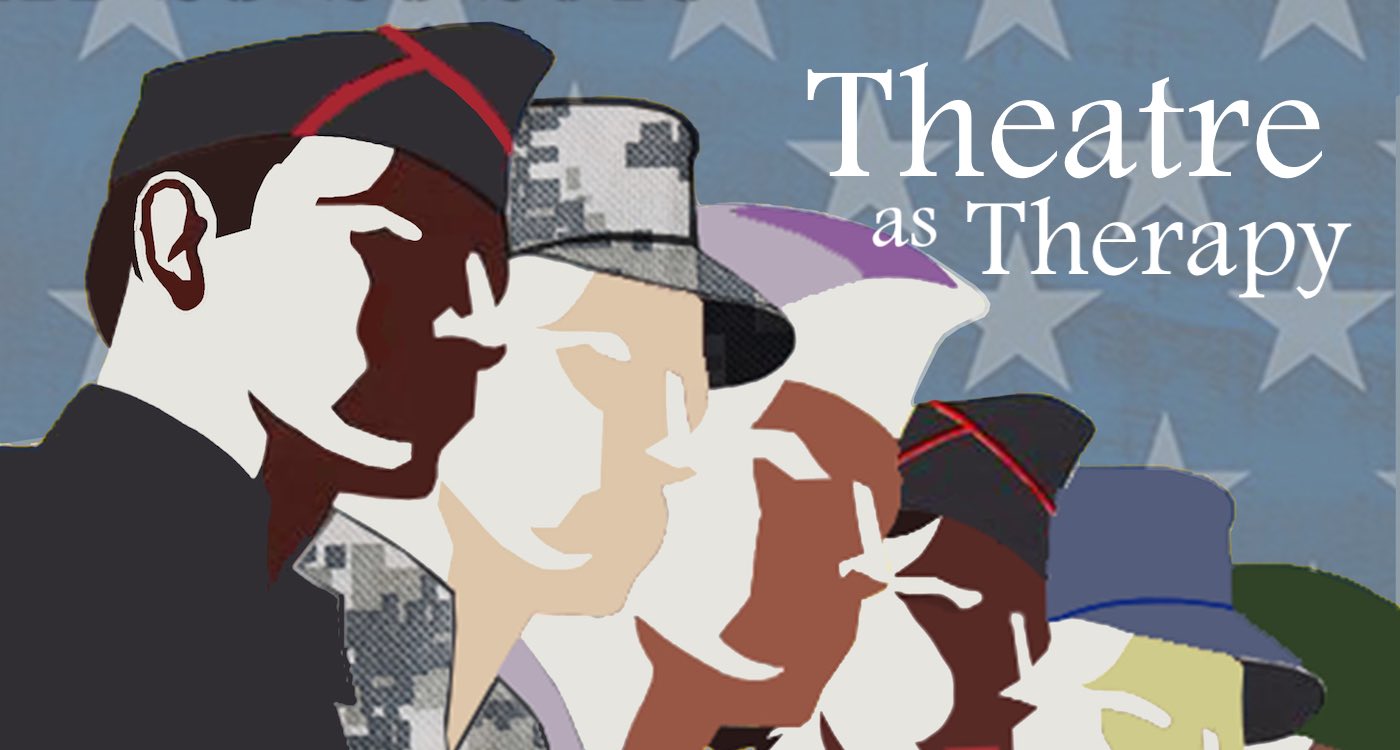 A nonprofit theater organization that pairs the works of Shakespeare with military veterans struggling to find relief, is proud to announce the first-ever National Veterans Theater Festival taking place May 23-26.

Audiences in Milwaukee, Wisconsin will get the chance to see performances by veterans who are using theater to explore the realities of returning home from war. The nonprofit group hosting the event, Feast Of Crispian, was founded in the lakeside city in 2012 to bring together professional actors with post-deployment veterans in order to teach and strengthen emotional resources.

Joining Feast of Crispian to perform at the festival will be veteran theater groups from Austin, Texas; Fayetteville, North Carolina; Miami, Florida; and New York City.

“The festival is an important cause for the health and well-being of our veterans who have put their lives on the line for us,” says Feast of Crispian’s Project Director Nancy Smith-Watson. “And it will also be a powerful showcase for the talent and the stories of these amazing performers.”

The festival was born as a result of Feast of Crispian’s year-long residency at the Milwaukee Repertory Theater, one of the largest professional theaters in the country.

“We at Milwaukee Rep are thrilled to provide an artistic home for Feast of Crispian and the National Veterans Theater Festival,” said the artistic director Mark Clements. (Watch the newsvideo below...)

RELATED: Veterans Are Finding Peace From PTSD Through ‘Float Therapy’

Thursday, May 23 – Feast of Crispian (Milwaukee) kicks off the festival with And Comes Safe Home, which incorporates Shakespearean scenes with original material based on the veteran performers’ own experiences.

Friday, May 24 – Color of Courage (Fayetteville) is a series of scenes, using multi-media, to tell the stories of the 180,000 African-American soldiers who served in the Union Army in the Civil War.

Saturday, May 25 – She Went to War (Austin), by The Telling Project, is an autobiographical performance by four female veterans, all of whom experienced significant combat exposure on the battlefield.

Saturday, May 25 – AMAL (Miami) by Combat Hippies, an ensemble of Puerto Rican Veterans, was developed and directed by award winning theater artist Teo Castellanos and delves into the impact of war on both combatants and noncombatants adjusting to life afterward, using spoken word and hip-hop.

Sunday, May 26 – Military and New York theater veteran Stephan Wolfert wraps up the festival with Cry Havoc, a one-person play he wrote that seamlessly interweaves Shakespeare’s most famous speeches to help audiences understand the problems we face when we fail in reintegrating our veterans. Wolfert is the creator of DE-CRUIT – a program to reintegrate military veterans using Shakespeare, psychology and classical actor training.

All performances are 90 minutes or less and include a ‘Talk Back’ immediately following the performance.

LOOK: WWII Veteran is Saddened By Upcoming Birthday, So 50,000 Strangers Give Him Reason to Smile

“It allowed me to express myself better than I ever have with any of my psychologists, or anyone who was trying to help, because it was just pure openness—and yet at the same time we had fun,” said one Milwaukee veteran.

To purchase tickets for individual performances or festival packages, visit the website; call the ticket office at 414-224-9490; or visit in person at 108 E. Wells Street in downtown Milwaukee.

Feast of Crispian has served 100-150 veterans annually through three-day acting intensives in Milwaukee, and has delivered workshops and trainings across the country including the International Trauma Conference in Boston, MA; the National Shakespeare in the Prisons Conference at Notre Dame University; the National Symposium on Responsibility, Morality and the Costs of War at Ohio State University; and a Trauma and Synchrony workshop with internationally renowned trauma researcher Dr. Bessel van der Kolk at the Garrison Institute of New York.

They have begun satellite programs in Madison, WI and Seattle, WA; training practitioners to deliver Shakespeare intensives at two Veterans Administration hospitals—the Middleton Memorial VA and American Lake VA.  The Seattle team has also ventured for the first time inside a military base, working with active duty service members at Lewis-McChord who may need help in their future transition to civilian life.

Feast of Crispian has performed both Othello and Julius Caesar on stage, and won the Footlights Outstanding Community Outreach Award in 2018.

SHARE With Veterans and Milwaukee Friends on Social Media…