Home All News Health First Smartphone App to Detect Ear Infections in Children Could Save Unnecessary... 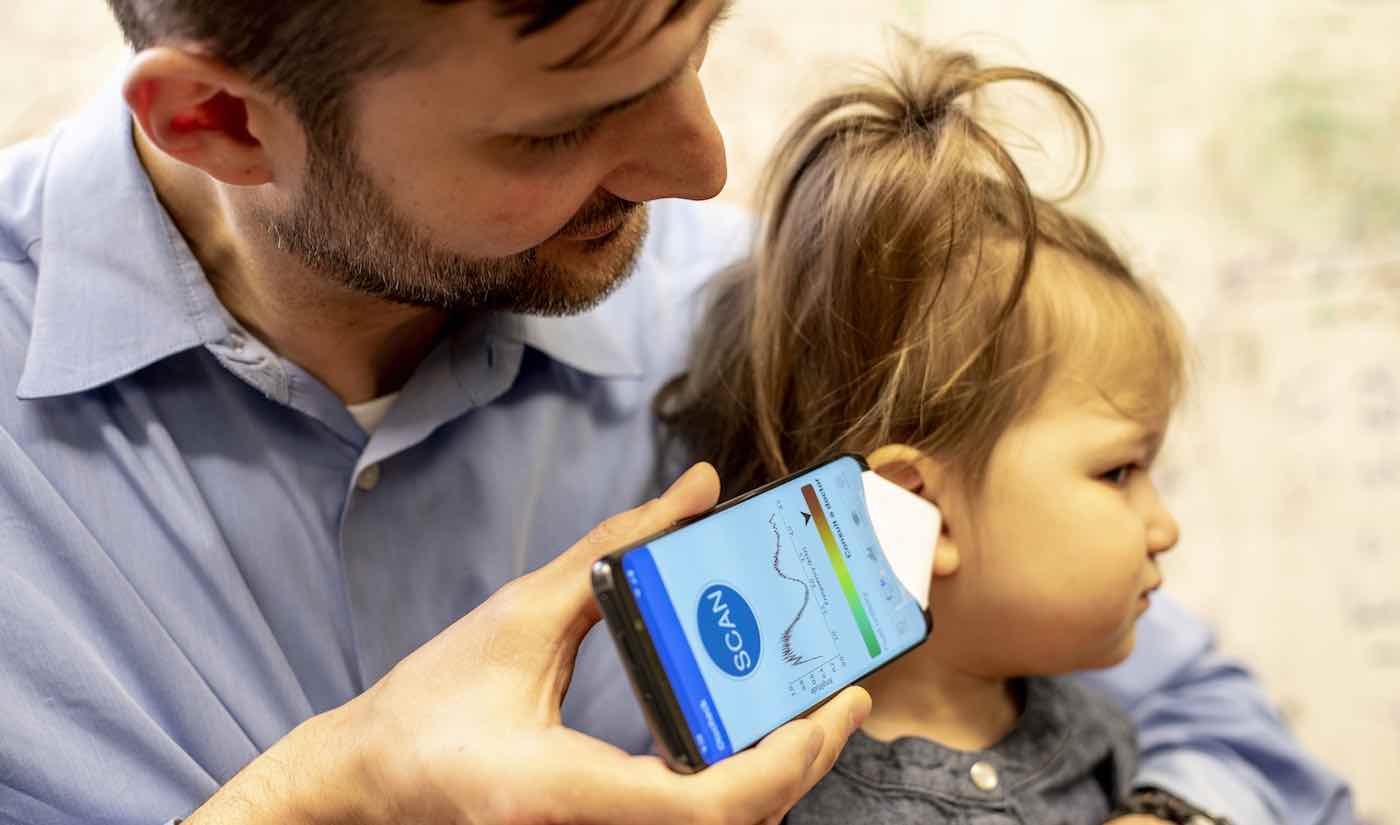 A new smartphone app is able to sound out possible ear infections in children.

Scientists developed the app using a “user-friendly” method that can quickly detect the presence of fluid in the middle ear – a likely indicator of ear infections.

Researchers say that the new system, which was tested on 98 young patients in a pediatric surgical centre, could provide a “low-cost and effective” tool for parents to detect ear infections such as acute otitis media (AOM), a leading cause of visits to doctors.

Some cases of AOM can lead to severe complications such as meningitis, while other pediatric ear conditions (such as otitis media with effusion) are associated with delays in speech and poorer school performance.

RELATED: Answering Trivia Questions With This App Can Pay Off Other People’s Student Loans

These conditions are hard to diagnose because symptoms are vague: Children might tug on their ears or have fevers, or be asymptomatic. Young children may be unable to describe where they hurt.

Researchers say that detecting middle ear fluid is a “critical” need in pediatric medicine – but existing tests, such as tympanometry, either can’t be performed at home or they require expensive equipment.

To overcome the hurdles, Dr. Justin Chan and colleagues at the University of Washington School of Medicine created a system that uses a commercial smartphone’s existing speakers and microphones to send audible “chirps” of sound into the ear canal so it can analyze the reflected acoustic signals and predict middle ear status.

MORE: This Kindness App Pairs People With Problems to Neighbors Who Have the Specific Solution

A deeper pitch in the sound indicates that the middle ear is filled with fluid. When no fluid is present, the eardrum vibrates and sends a variety of sound waves back.

“It’s like tapping a wine glass,” said Chan, a doctoral student in the Allen School. “Depending on how much liquid is in it, you get different sounds. Using machine learning on these sounds, we can detect the presence of liquid.

“The system requires no additional equipment beyond a small paper funnel to focus the sound, which can be constructed from printer paper, scissors and tape in under three minutes,” said Chan.

CHECK OUT: Most People Don’t Get Enough Vitamin D, But This App Can Fix That

The researchers tested the system using an iPhone 5S and a Galaxy S6 on the ears of 98 patients between the ages of 18 months and 17 years. They found that the platform detected middle ear fluid with 85% to 90% efficiency depending on the age group.

Collectively, this means that the app could diagnose ear infections with about the same amount of success as established diagnostic techniques.

“Importantly, parents of patients operated the system as easily as physicians in a separate experiment involving 25 patient ears, and the software was not substantially affected by background noise such as the sound of a crying child,” said Chan.

MORE: Because His AirBnb Guest Had a Heart Attack, Man’s Ingenuity is Now Saving Thousands of Lives

The team also tested the algorithm on a variety of smartphones and used different types of paper to make the funnel. The results were consistent regardless of phone or paper type.

The researchers now plan on commercializing this technology through a spinout company, Edus Health, and then making the app available to the public.

“Fluid behind the eardrum is so common in children that there’s a direct need for an accessible and accurate screening tool that can be used at home or clinical settings,” said co-first author Dr. Sharat Raju, a surgical resident in otolaryngology-head and neck surgery at the UW School of Medicine.

“If parents could use a piece of hardware they already have to do a quick physical exam that can say ‘Your child most likely doesn’t have ear fluid’ or ‘Your child likely has ear fluid, you should make an appointment with your pediatrician,’ that would be huge.”

The findings were published in the journal Science Translational Medicine.