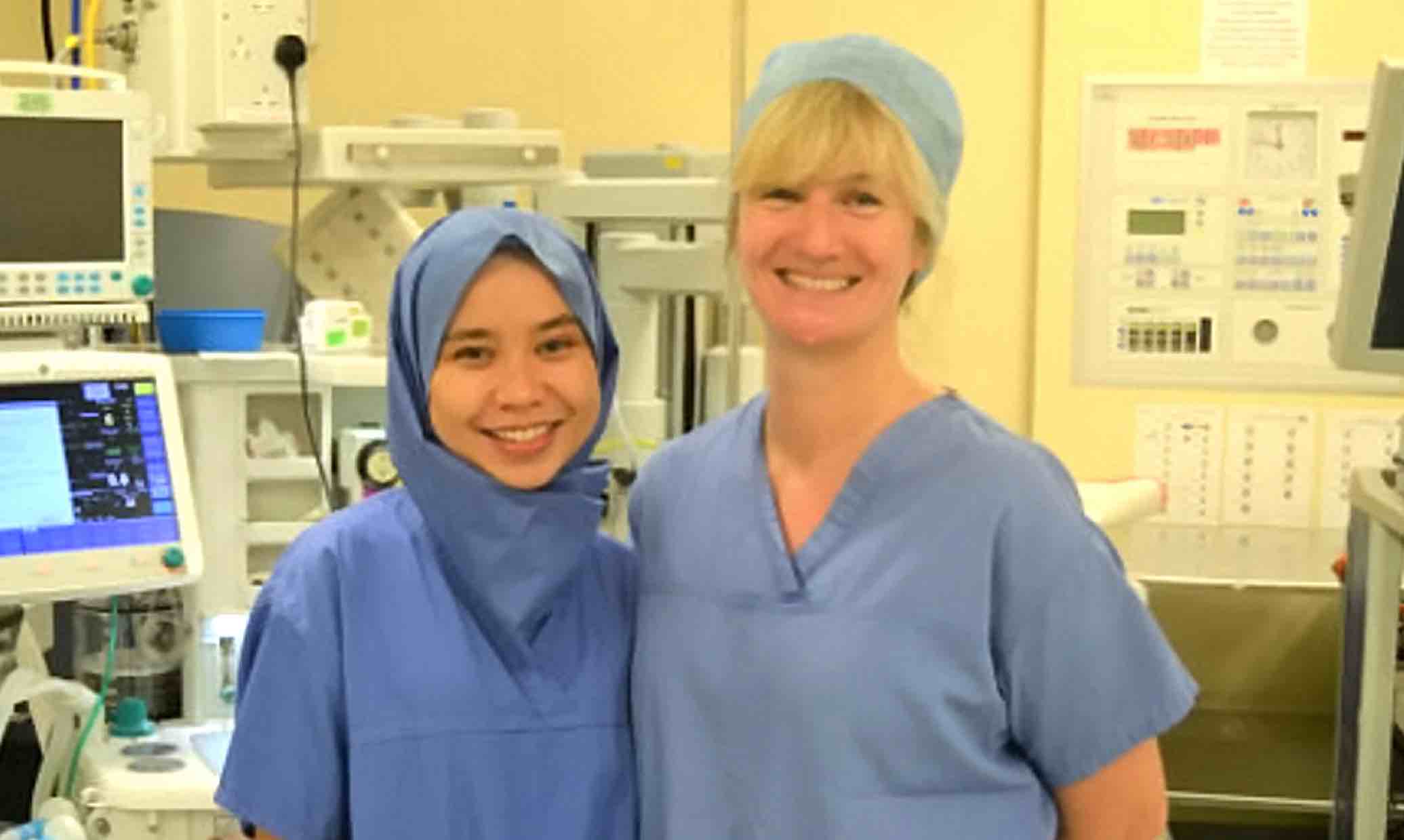 This hospital trust is the first in the UK to give female Muslim doctors and medical staff disposal hijabs to wear to avoid germs being passed to patients.

Junior doctor Farah Roslan had the idea while she was undergoing her training at the Royal Derby Hospital. After enduring long, grueling hours on the wards where she had been wearing a traditional hijab, she became concerned with the risk of infection to patients.

Roslan, who is originally from Malaysia, looked to her home country for ideas of how to implement her plan for a disposable sterile headscarf. She then created a design using fabrics that maintained a balance between showing respect to her faith and being able to perform in her work.

LOOK: Nike Designs New Sneakers Specifically for Nurses and Doctors Who Have to Stay On Their Feet All Day

“I’d been using the same headscarf all day, which obviously wasn’t clean and ideal,” says Roslan. “I didn’t feel comfortable taking it off and I was pulled out of the theatre, respectfully, due to infection control.

“A middle ground had to be found between dress code due to faith and the passion of being in the operating theatre,” she continued. “I am so happy my vision has become a reality and that these headscarves are now available for all of the staff.

“I’m really happy and looking forward to seeing if we can endorse this nationally.”

Consultant surgeon Gill Tierney, who mentored Roslan, said the trust was the first to introduce the headscarves in the UK.

“We know it’s a quiet, silent, issue around theaters around the country and I don’t think it has been formally addressed,” said Tierney. “It hasn’t cost much and hopefully the effect will be enormous.”

MORE: Girl Makes Teddy Bears That Hide IV Bags for Young Hospital Patients—And She’ll Soon Give Them Away for Free

Commenting on Twitter, National Health System worker Andy Ibbs hailed the achievement, saying: “Nice one—but on reflection, I wonder why it hasn’t been done years ago!”

The University Hospitals of Derby and Burton NHS Trust said the new, disposable headscarves have now been available since early December.