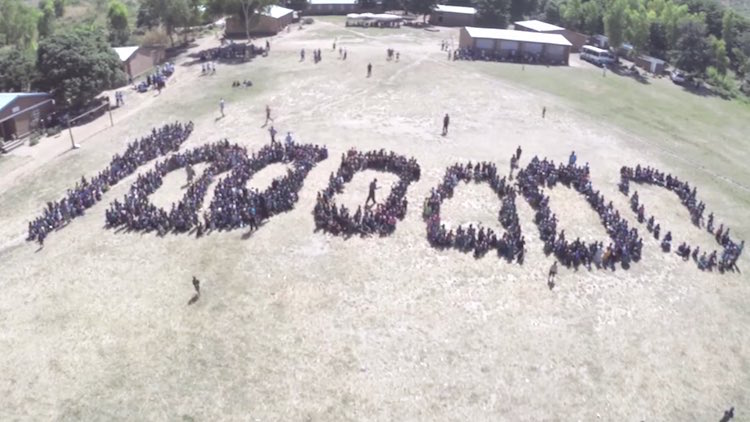 In a modern-day tale of feeding the multitudes, a former fish farmer is serving free, nutritious meals to a million school kids around the world every weekday — five million meals every week.

Magnus MacFarlane-Barrow started Mary’s Meals in 2002, and the group celebrated reaching the one-million mark last month at a village in Malawi, the country where he first started feeding hungry children. He coordinates the organization’s efforts from a small shed on his father’s farm in Scotland.

Named after mother Mary in The Bible, the charitable effort distributes lunches to students in 12 countries. MarysMeals.org says a $19.50 donation will feed a child for a full year.

“It makes me feel strong and I am able to understand what my teachers are telling me,” 14-year-old Marita Wyson said at the celebration in Malawi. “My grandmother doesn’t have to worry so much about how she will provide food for me and my sister.”

Last month MacFarlane-Barrow published a book about his mission, The Shed That Fed a Million Children, to help spread the word about Mary’s Meals. He decided to create his charity after seeing school kids without enough to eat during a 2002 trip to Malawi. He now feeds 25% of primary school aged children in that country today.

He says even though they’ve reached an impressive milestone, serving a million meals a day, he wants to feed even more.

(WATCH the CNN Heroes video below)