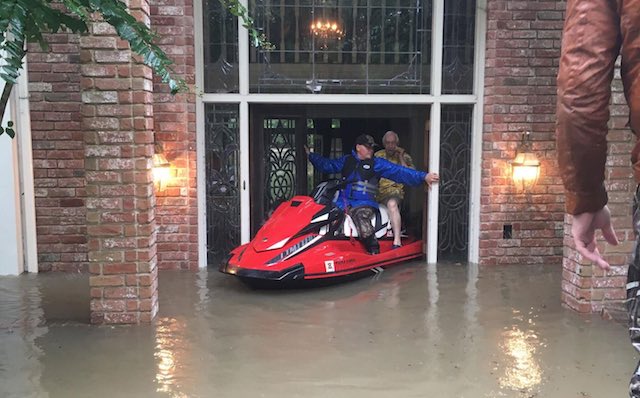 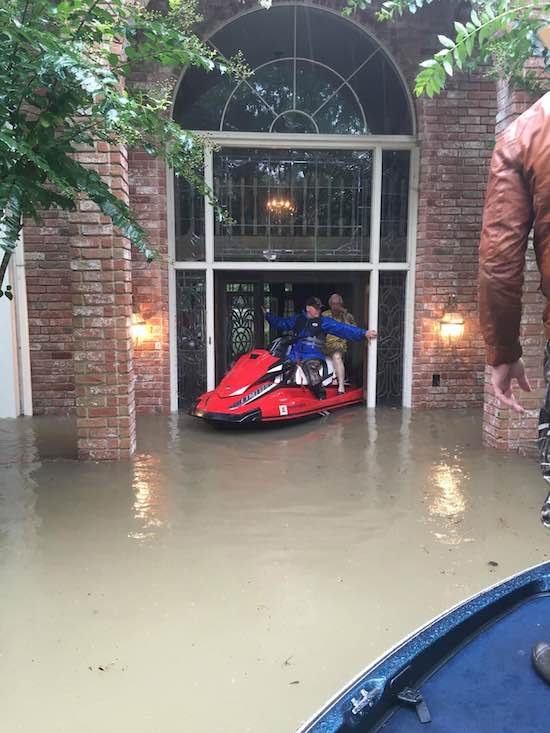 Chick-Fil-A does not just prepare toasty chicken sandwiches – they can also reportedly serve up their meals by rescue boat when conditions get dicey.

An elderly married couple of northern Houston, Texas had been waiting out the worst of the storm with relatively good results. Over the course of the weekend, their house had remained dry and free of complications.

But then, on Monday, it quickly began filling with water.

The seniors, J.C. and Karen Spencer, did not know where to turn for help; so they called the local Chick-Fil-A restaurant at which they are regular customers. J.C. then placed an order for two grilled chicken burritos with extra egg – and a rescue boat.

CHECK OUT: Customer Admires Chick-fil-A Employee So Much, He Built Him a New Home

The manager’s husband, who happened to have a boat, then maneuvered over to the great-grandparents’ house.

As Karen and J.C. were loading up all of their prized possessions, two mystery jet ski rescuers also arrived at the scene and offered to help.

With both grandparents riding on the backs of the jet skis, the boat rescuers were able to safely carry all of the Spencers’ important gear to dry land. They even offered to return when J.C. said that he had forgotten his wedding ring and wallet.

The Spencers are now hoping to find the jet ski rescuers and thank them for their help in the rescue.