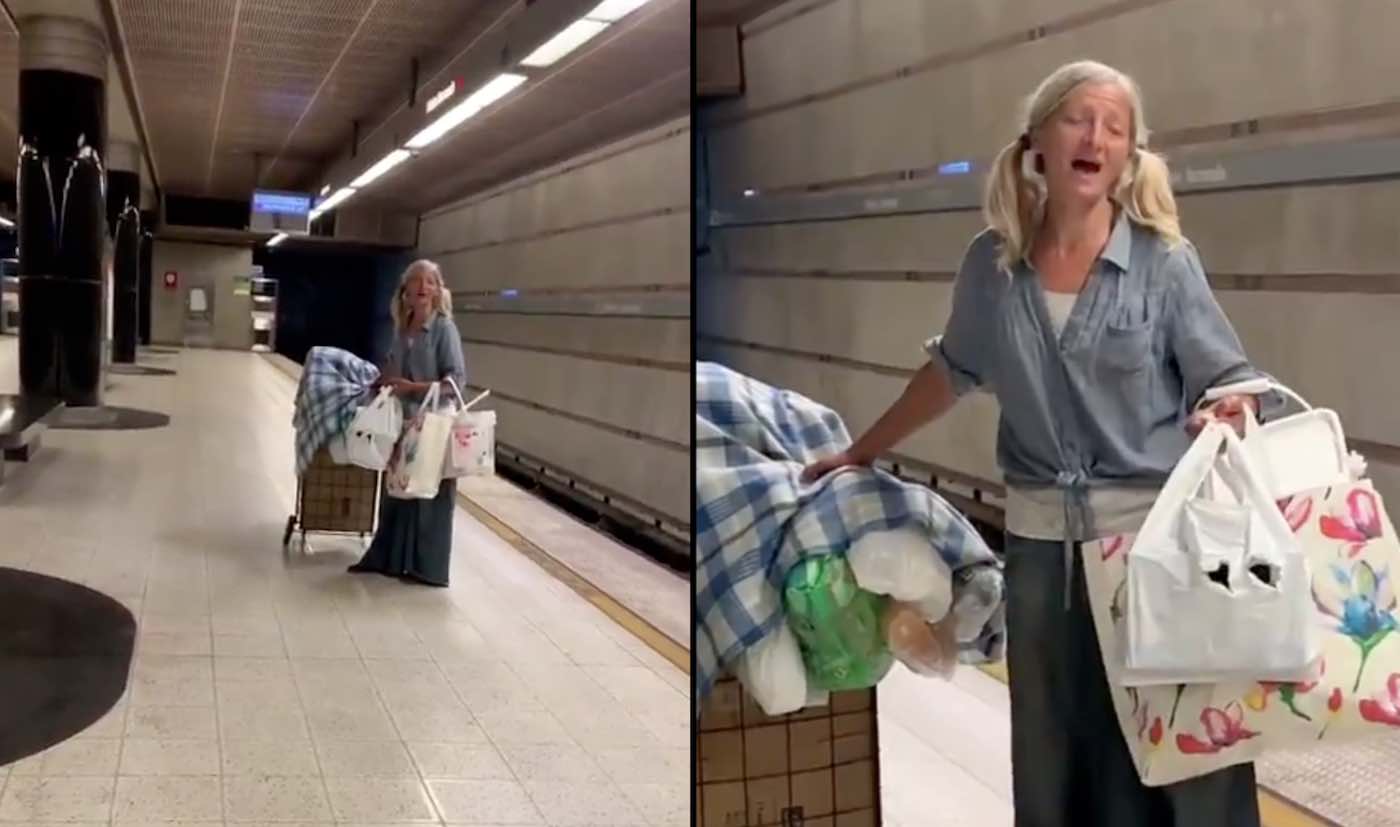 A homeless woman with the voice of an angel has captured the hearts of internet viewers after an awestruck police officer published a video of her singing onto social media.

The officer from the Los Angeles Police Department had been stationed at the Wilshire and Normandie Purple Line station earlier this week when he heard a nearby homeless woman performing an enchanting rendition of Puccini Aria on the platform.

After pulling out his phone to record a video of the woman, he published it to the police department’s Twitter page where it was later viewed hundreds of thousands of times.

As the video was shared across the internet, the woman was eventually identified as 52-year-old Emily Zamourka: a Russian woman with no traditional vocal training, although she was classically trained on piano and violin.

4 million people call LA home. 4 million stories. 4 million voices...sometimes you just have to stop and listen to one, to hear something beautiful. pic.twitter.com/VzlmA0c6jX

Zamourka later told reporters that she usually makes money by playing the violin, but her precious $10,000 instrument had been stolen three years ago.

Since she has also been coping with undisclosed health problems, she has been sleeping—and singing—on the streets until she can get herself back into permanent housing.

She also only recently discovered that the video had made her an overnight internet sensation—but she now hopes that her newfound fame will help her to get off of the streets sometime in the near future.

UPDATE: A Flood of Generosity and Singing Offers Flow in for Homeless Sensation From Subway

Michael Trujillo, a Los Angeles consultant who set up a GoFundMe campaign for the musician after hearing her story on the news, is now working with his local councilman’s office which is in touch with the woman, to ensure that the donations help to get Zamourka off the streets; already, he says that the Downtown Women’s Center is working on getting Zamourka into temporary housing.