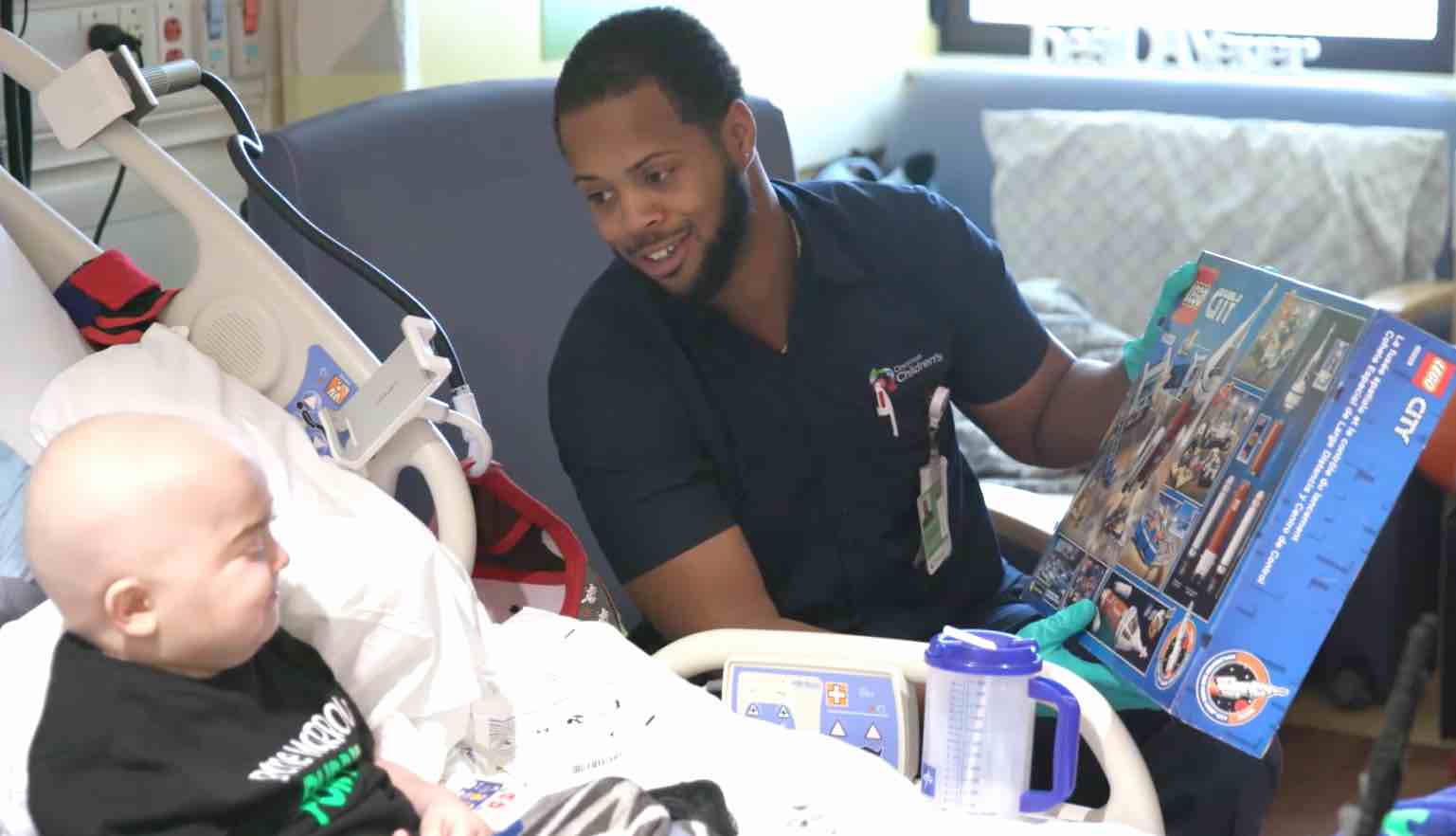 When two young hospital patients were undergoing treatment in isolation, their friendly custodian took it upon himself to help them form a lasting friendship through their shared love of LEGOs.

Ki-Jana “KJ” Upshaw is responsible for regularly changing the linens in all 82 of the patient rooms in the Bone Marrow Transplant Unit at Cincinnati Children’s Hospital in Ohio.

Earlier this year, Upshaw befriended a 7-year-old patient named Cohen Bramlee who was always playing with LEGOs. Upshaw then noticed that there was another boy across the hall named Keagan Atkins who also spent his spare time building elaborate structures out of the toy bricks.

LOOK: Girl Makes Teddy Bears That Hide IV Bags for Young Hospital Patients—And She’ll Soon Give Them Away for Free

Upshaw believed that both of the boys were destined to be friends—but because of the hospital’s isolation rules, they were unable to visit each other’s rooms.

Upshaw then spent the following months helping the boys to forge a friendship by swapping messages and communicating between them about their LEGO creations.

Cohen’s mom Carrie Bramlee told the hospital: “It was kind of like a daily report on what the other child was building, and so he kind of enjoyed getting to hear about what someone else had in common with him while he was here, and just getting to talk to KJ, because, you know, our world is pretty small right now. We were in that room, and Cohen was in isolation, he couldn’t leave, and it was just a bright spot in the day when [KJ] would come in and just sit there and chat with Cohen for a second.”

The friendship helped both of the youngsters recover until they were finally able to meet each other in person; on the day that Keagan was well enough to go home from the hospital, Cohen was healthy enough to wear a mask and walk across the hall to Keagan’s door so he could give him a LEGO set as a farewell gift.

The boys’ mothers are already arranging a LEGO playdate for the boys once Cohen is out of the hospital—and it is all thanks to Upshaw.