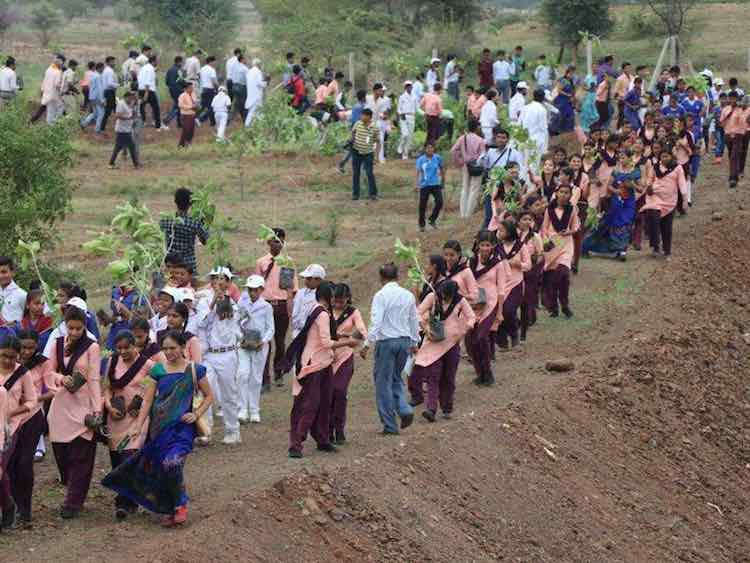 The nation of India has just broken their own world record by planting 66 million trees in just 12 short hours.

Over 1.5 million volunteers gathered together on Sunday to plant the saplings by the Narmada river in Madhya Pradesh. Representatives from Guinness World Records who attended the event are expected to register the achievement soon.

The record-breaking bid was organized in accordance with the country’s climate change goals under the Paris Agreement.

CHECK OUT: Village in India Plants 111 Trees Whenever a Girl is Born

The nation had promised to spend $6 billion on reforesting 12% of its lands, boosting forest cover by 2030. Since the top four of the most polluted cities in the world by particulate matter concentration are all in India, the forestry will hopefully reduce the country’s amount of greenhouse gas emissions.