Home All News Inspiring JetBlue Crew Praised for Saving Dog’s Life When It Was Struggling to... 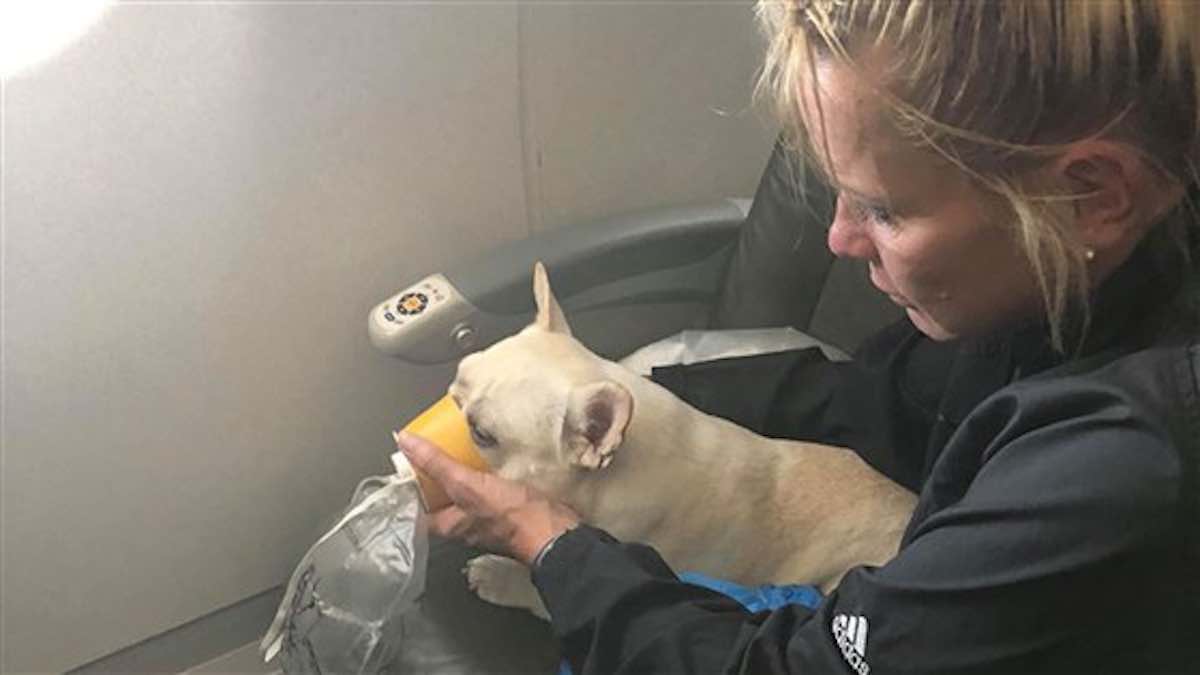 These flight attendants are being hailed for looking after their passengers – no matter their species – during their time of need.

Steven and Michelle Burt were on a JetBlue flight from Orlando, Florida to Worcester, Massachusetts last week when they noticed that something was wrong with their 3-year-old French bulldog named Darcy.

Darcy, who was safely tucked into her carrier under the seats in front of the couple, was breathing heavily. When Michelle checked on her little companion, she noticed that Darcy’s tongue and gums were turning blue, which is a sign of oxygen deprivation.

Michelle pulled her dog out of the carrier and into her lap with the hopes that it might help Darcy calm down. Unfortunately, she continued to breath heavily and frantically.

LOOK: 15-Year-old Melts the Hearts of Airline Passengers When She Befriends Blind and Deaf Passenger

“The flight attendant came and politely told me that regulation is that that the pet was remain under the seat in her carrier,” Michelle wrote in a Facebook post. “I apologized and explained that she appeared to be in medical distress … I gave her some water and just let her sit on my lap hoping she would be okay.”

“We all are affected by cabin pressure and oxygen fluctuations, human, canine and feline, etc., but the fact that the attendants were responsive and attentive to the situation may have saved Darcy’s life,” Michelle wrote.

Two flight attendants named Renaud Fenster and Diane Asher brought bags of ice to help the pup cool down. Not only that, they later returned with a small oxygen tank and mask.

RELATED: One Month After Med School, He Was the Only Doctor Aboard Overseas Flight to Save Woman’s Life

“I placed the mask over her face, and within a few minutes she became alert and after a short time she didn’t want the mask,” says Michelle. “I believe Renaud and Diane saved a life, [and while] some may reduce the value of the life because Darcy is a canine, I do not.”

Michelle later wrote a thank you note to JetBlue in which she praised the actions of their flight crew. JetBlue responded in a statement saying: “We all want to make sure everyone has a safe and comfortable fight, including those with four legs. We’re thankful for our crew’s quick thinking and glad everyone involved was breathing easier when the plane landed in Worcester.”

Michelle says that she will be taking Darcy to the vet before taking her on any more flights in the future.

Fly The Good News Over To Your Friends: Share To Social Media – Photo by Renaud Fenster