Home All News Business LEGO is Now Offering to Pay For You to Ship Your Unused... 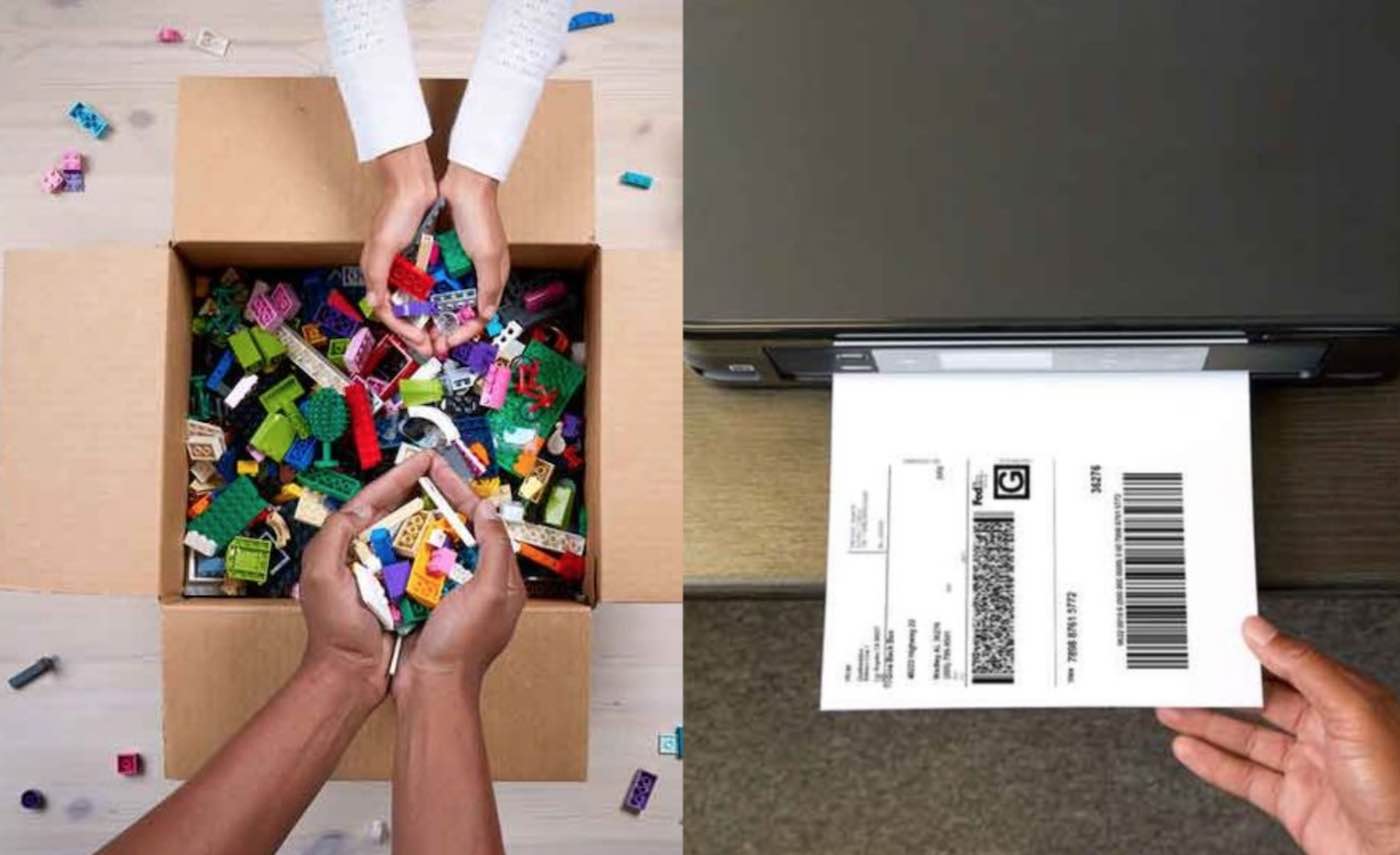 Earlier this week the LEGO Group announced the launch of a new project to encourage their fans to donate their old LEGO bricks so they can be used by less fortunate children.

LEGO Replay is a new pilot program that will accept any and all previously used LEGO bricks and donate them to children’s nonprofits in the United States. The process is simple, because it needs to be. The number of donations they receive is critical to a successful campaign, so they’ve made it as easy as possible for folks at home to send in their idle bricks.

Collect any loose LEGO pieces, sets, or elements, place them into a cardboard box, and visit the LEGO Replay website to print out a free shipping label, and possibly call the service, either UPS or FedEx, depending on your location and the label, to have them pick up the package at your door.

The package will be sent to the Give Back Box facility, where each brick will be sorted, inspected by hand, and given a rigorous cleaning.

The effort is a collaboration with Give Back Box, Teach For America, and Boys and Girls Clubs of Boston.

WATCH: He Built His Own Prosthetic Out of LEGOS and Hopes to Provide Cheap Solutions for Others Who Need a Hand

Most people don’t throw away their LEGO bricks, according to Tim Brooks, the Environmental Responsibility Vice President at the LEGO Group. “The vast majority hand them down to their children or grandchildren. But others have asked us for a safe way to dispose of or to donate their bricks. With Replay, they have an easy option that’s both sustainable and socially impactful.”

Brooks and his team spent the past three years working on the project to ensure the process met the highest quality and safety standards and adhered to U.S. regulations. They then connected with Give Back Box, a charity dedicated to “recycling” 11 million tons of unused clothing, footwear, and other textiles that end up in U.S. landfills each year.

“I am excited to join the LEGO Group in this pilot program,” said Monika Wiela, founder of Give Back Box. “Growing up in Poland, I didn’t have many toys as a child, so this collaboration is rather personal for me. What’s better than giving a child the gift of play?”

CHECK OUT: LEGO Bricks on Sale Now Are Plant-based Instead of Plastic

Teach For America will receive the majority of the elements and will provide them to thousands of classrooms across the country.

“Learning through play can have a tremendous impact on a child’s cognitive development. Through play, children develop fine motor skills, think creatively, and can learn how to problem solve through teamwork,” said Susan Asiyanbi, Teach For America’s chief operating and program officer. “But not everyone has access to such resources. LEGO Replay, and the instructional resources they provide educators, will help give more students access to this opportunity.”

Bricks will also be sent to Boys and Girls Clubs of Boston for their after-school programs. Both non-profits can expect to receive the first shipments in November 2019. Once the pilot is complete in spring 2020, the LEGO Group will evaluate a possible expansion of the program.

LEGO Replay is one of the many sustainable and philanthropic efforts the LEGO Group has announced in the past year. Recent efforts include Plants from Plants, LEGO Braille Bricks and LEGO Audio and Braille Instructions.