Home All News Science Lifeguards Were Just Learning to Use New Rescue Drone When They Saved... 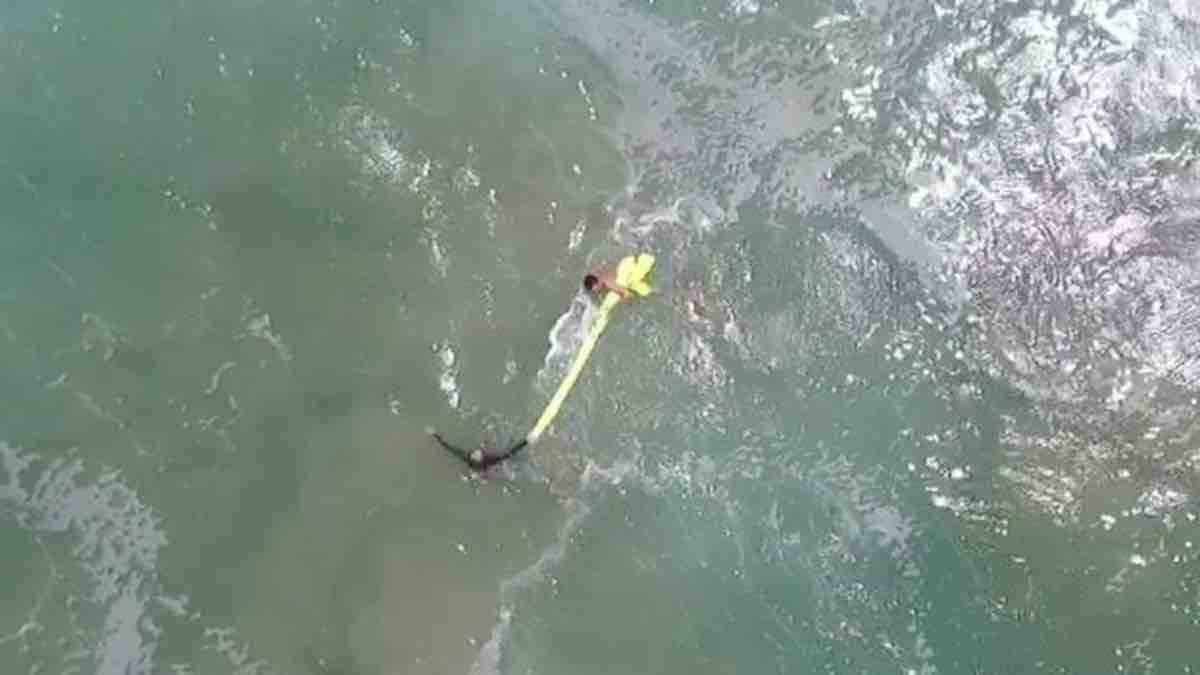 In a world first, this brand new rescue drone saved the lives of two teenage boys who were trapped out at sea – all while lifeguards were still training to use the technology.

Beachgoers spotted the teens struggling in the waves almost a half mile (700 meters) away from the shore at Lennox Head, New South Wales.

Lifeguards immediately flew the drone over the swimmers and dropped an inflatable “rescue pod”. Once the flotation device was expanded, the youngsters were able to grab onto the pod and safely swim back to shore.

The whole rescue took about 70 seconds – and lifeguards say that it could have taken three times as long if they had not had the drone.

The New South Wales government only announced their $340,000 (£247,000) investment in drone rescuers back in December. Some of the aircrafts will be used to look for sharks, while others – like the one from this week’s rescue – will be ready to rescue struggling swimmers at a moment’s notice.