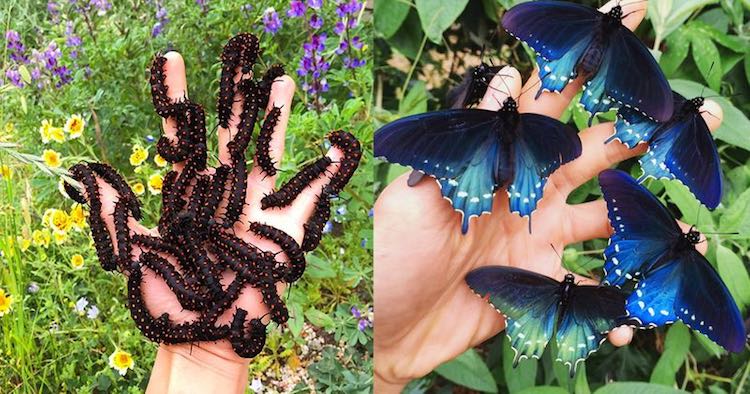 Tim Wong may work as an aquatic biologist during the day, but when he is back on terra firma he tends to other wildlife: raising endangered butterflies in his backyard.

Studying butterflies had been a childhood hobby of Wong’s, so creating a backyard conservation area wasn’t a life-changing metamorphosis for him—but it certainly was for this species, which had vanished from the San Francisco skyline.

When he first learned of the predicament of the pipevine swallowtail, the 28-year-old swooped in to help by creating a screened backyard enclosure with ideal environmental conditions for the insect.

He filled it with specific plants that the insects like to feed on. Then, he gathered a group of 20 different pipevine swallowtail caterpillars from nearby areas. As he carefully nursed the small tribe of precious insects, their numbers began to quickly multiply.

Now years later, the DIY butterfly breeder brings dozens of caterpillars to the San Francisco Botanical Garden’s “California Native” exhibit every week—and thanks to Wong’s efforts, the pipevine swallowtail has been successfully repopulated in the city for the first time in decades.

Though the pipevine swallowtail isn’t technically endangered, the breathtaking species rapidly began disappearing from various areas around California as the state became more and more developed. Since they had vanished entirely from San Francisco, Wong had to collect his original group of caterpillars from private residents living in more vegetative areas.

Though backyard conservation isn’t his professional forte, Wong has claimed—and earned— the lofty mantle of “Butterfly Whisperer” on Instagram.

WATCH the video below…