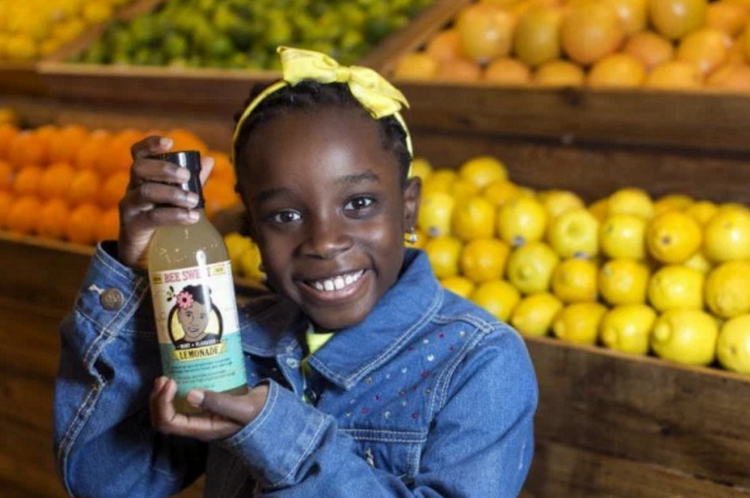 This 11-year-old girl has turned her grandmother’s flaxseed lemonade recipe into a national business—and she is donating ten percent of the proceeds to saving honey bees.

Mikaila Ulmer became an expert on bees after getting stung twice in a week. Her mother suggested that researching the insects might help conquer her overly-developed fear of them.

When she learned about the plight of bee populations that were dying from colony collapse disorder, and the danger it posed to our food chain, Mikaila had to do something to help them.

She decided she could add local honey to her grandmother’s lemonade and sell it–with a portion of her profit going to international groups working to protect the pollinators.

Mikaila’s plans for a lemonade business called, “Me & The Bees” won her $60,000 in start-up money on the TV show “Shark Tank” and caught the attention of Whole Foods, which put her products on the shelves of 55 stores in the southern U.S.

CHECK OUT: Honey on Tap Directly From Your Beehive Without Disturbing Bees

The Austin, Texas sixth grader has been honored as one of the Top 10 Innovators of the Year by the music and technology festival South by Southwest and President Obama invited her to last year’s White House Kids’ State Dinner. She also leads workshops on how to save honey bees.

The pre-teen entrepreneur is busy working on new flavors — and new business ideas for her once-skeptical friends who now are eager to start their own businesses.

“At first, they didn’t believe me,” she told NBC News. “Now I am helping my friends start their own businesses.”

(WATCH the 2015 video below from CBS or READ more from NBC) — Photo: Whole Foods

Share The Inspiration With All the Kids in Your Life…