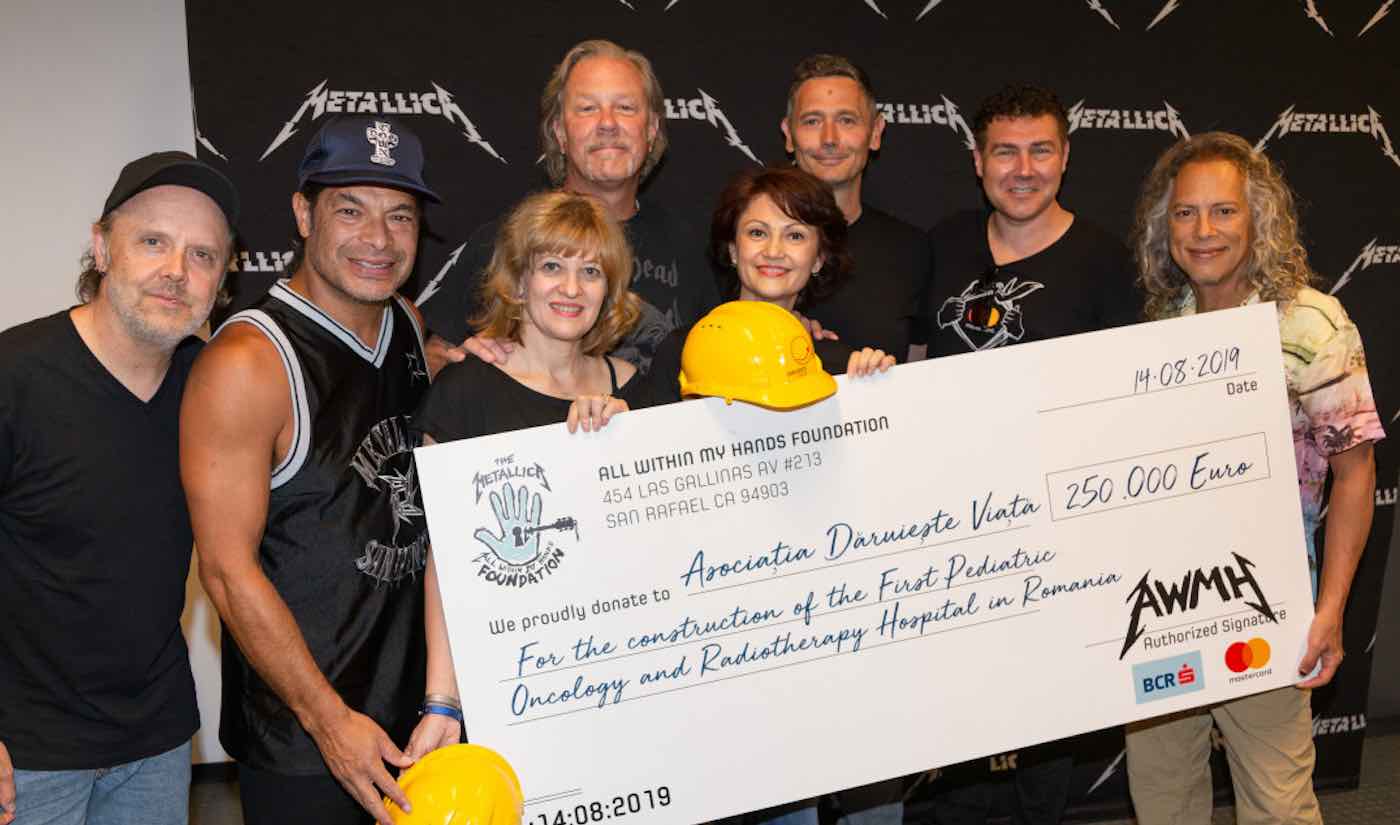 It has been 20 years since Metallica played in Romania—and they are celebrating their return to the European nation by making a particularly noteworthy contribution to its medical community.

The iconic heavy metal band has already been doing charity work for every city they visit on their WorldWired global tour. Thus far, the group has made headlines for donating thousands of dollars through their All Within My Hands Foundation to community food banks they pass along the way.

Now as a means of kicking off the final leg of the European chapter of their tour, Metallica says that they are donating $277,000 (€250,000) to help build the country’s first pediatric oncology and radiotherapy hospital and equip it with the latest medical technology.

Prior to their sold out show at the Arena Națională in Bucharest, Romania, the band members presented a check to Daruieste Viata (The Give Life Association), which is the organization responsible for the hospital’s construction.

Carmen Uscatu, President of Daruieste Viata Association, said in a statement: “The donation made by Metallica has a special meaning to our project … their music inspires and touches so many Romanians, and at the same time, so many Romanians are inspired by and contribute to the establishing of the first Pediatric Oncology and Radiotherapy Hospital in Romania, in order to give children with cancer a chance to live.”

CHECK OUT: Father of Metallica Bassist Who Died Has Been Quietly Donating Royalties to Child Musicians

According to the nonprofit’s website, “Only 50% of the children with cancer survive in Romania. The average in the EU is at over 80%.

“When completed, this will be first state-of-the-art hospital that will have been built in Romania in over 30 years, while also being the only project funded exclusively by private donors.”