Home All News Inspiring Principal Sparks Chain Reaction of Kindness After He Joins Lonely Girl With... 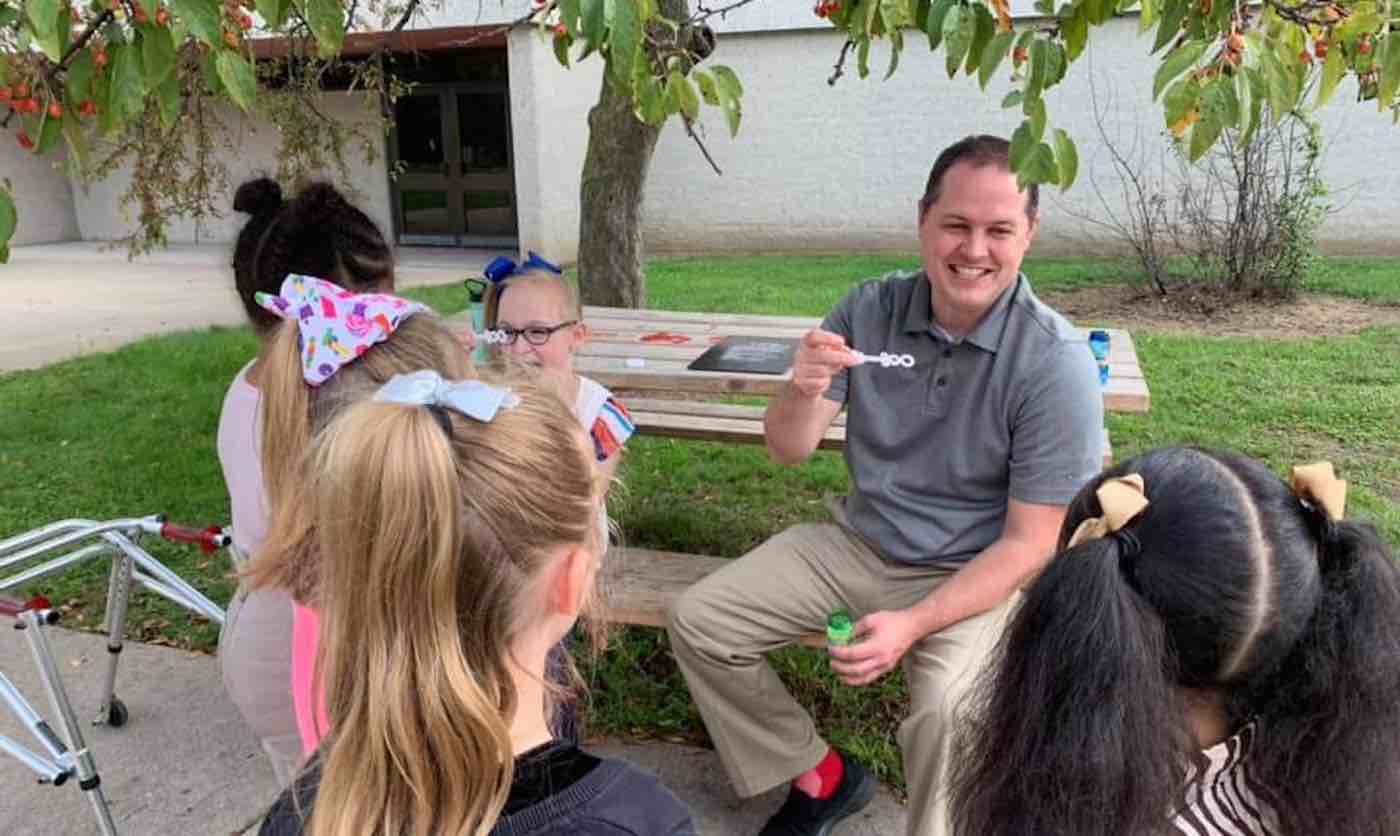 When an elementary school principal heard that one of his students had been spending recess all by herself, he took the time out of his schedule to sit with the youngster during playtime. Not only that, he helped to ensure that she would never have to sit alone again.

Since second grade student Lucy Taylor has cerebral palsy, it has been difficult for her to make friends at Barth Elementary School in Romulus, Michigan.

After her mother Daun Elizabeth Taylor made a Facebook post about her daughter’s struggles, however, it was spotted by none other than Principal Jeremy Thompson.

The next day, Thompson joined Lucy during recess—and Daun says that the youngster was over the moon with happiness.

LOOK: When Crying Student Boarded Bus for First Day of School, the Driver Held His Hand On the Way There

“She didn’t play alone at recess yesterday. Her principal Mr. Thompson stopped in and spent some time with her,” Daun later wrote on Facebook.“He made Lucy’s day… and helped her mom and dad’s hearts!

“I’m so proud to be part of the Barth family,” she added. “Mr. Thompson is an exceptional role model to these kids.”

Since Thompson first sat with Lucy, he has also managed to rally a group of youngsters together to share in their recess playtime—and they have named their new gang of friends the “Bubble Club”.

RELATED: After Bullied Boy Has Terrible First Day of School, Upperclassmen Take Him Under Their Wing

“Lucy has playground friends. Mr. Thompson taking the time to sit with her of course made other kids want to play too. And it has given Lucy the confidence to try the things that she is not necessarily great at!” wrote Daun.

Furthermore, since their story caught the attention of local reporters, Lucy and Thompson have become social media role models for other school staffers and lonely youngsters.

“A number of parents have reached out to us whose children are also struggling and Lucy has started sending out T-shirts and bubbles and hand-written notes to kiddos who would benefit from being part of the Bubble Squad. She has taken her struggle and tried to use it to help others,” she continued.

My heart is full! Lucy is happy. Mr. Thompson has gotten the recognition he deserves and Lucy has helped others not feel alone even from far away.”