Home All News Inspiring Mom Fighting Breast Cancer Comforted By Random ‘Angel’ in a Restaurant When... 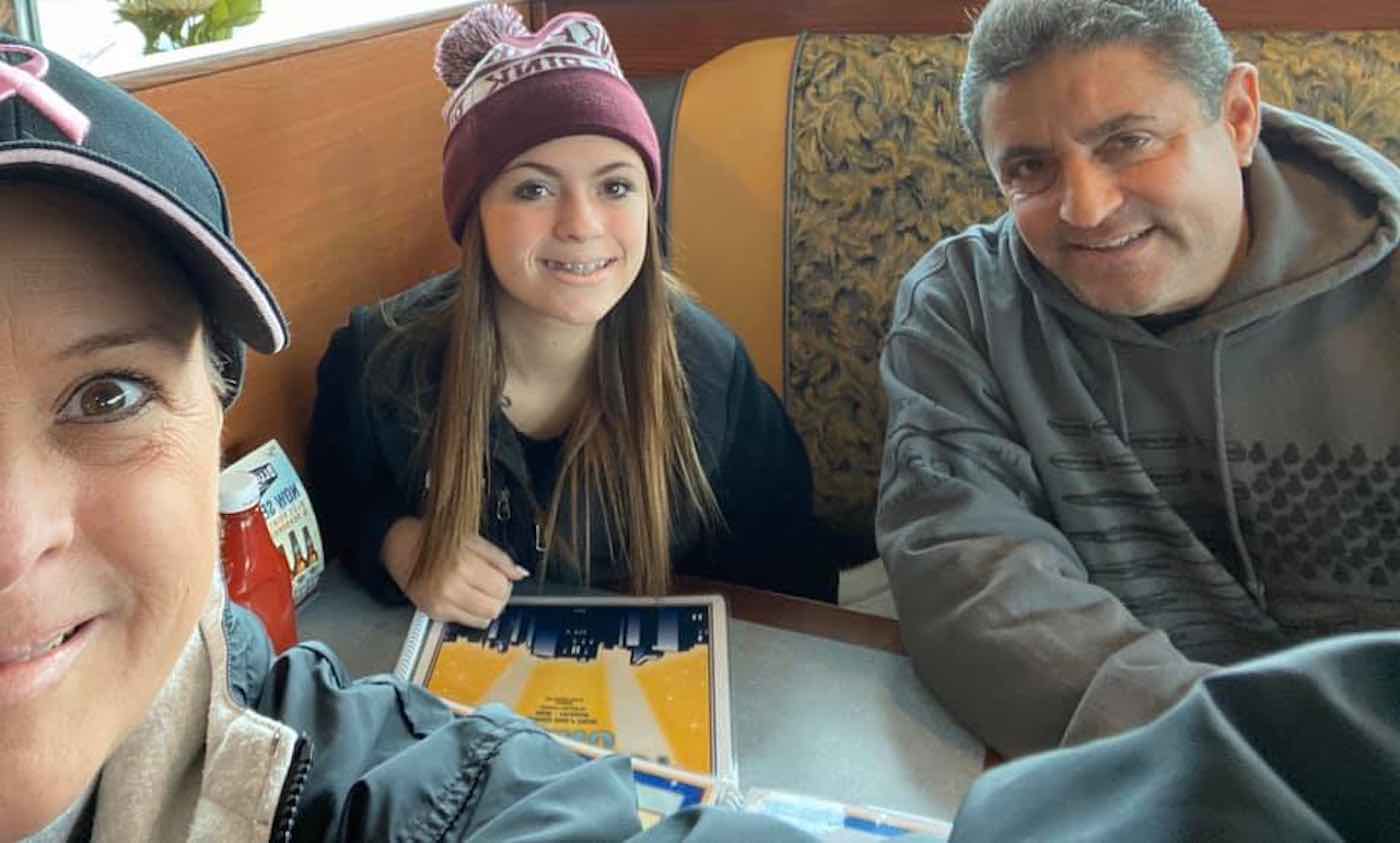 Despite enduring a brutal fight against kidney failure and stage one breast cancer, Amy Pettenato has remained fiercely positive in the face of her health problems.

When it finally came time for her to shave her head, however, the mother-of-one couldn’t help but feel self-conscious. Thankfully, an “angel” in a restaurant swooped in to lift her spirits right when she needed it.

In addition to Pettenato undergoing dialysis and cancer treatments, she has also been working full-time at a credit union in Medford, New York—which is why she was so relieved to go out with her family for a lazy Sunday brunch at Metropolis Diner earlier this month.

As she was eating, Pettenato noticed that there were four little girls dining next to her with their parents. She later recalled the incident on Facebook, saying: “At times I noticed one of the daughters looking at me and then noticed the mom looking and smiling at me.”

LOOK: Anonymous Postal Worker Sent Girl a Sweet Package After She Addressed a Letter to ‘God’ About Her Dog in Heaven

Since it was Pettenato’s first time out in public with only her cancer survivor hat to hide her shaved head, she felt embarrassed and self-conscious.

The neighboring family eventually paid their check and got up from the table, but before they left, the mother sat down next to Pettenato and began sharing her own experience as a 13-year cancer survivor.

After encouraging Pettenato to stay positive, the woman left the restaurant. Not only that, Pettenato was later informed that the woman had secretly paid for their meal.

RELATED: Crane Operator Makes Heartwarming Pact With Dying Man Who Had Been Watching Him Work Every Day

Pettenato was so emotional over the heartfelt experience, she took to Facebook in hopes of tracking down the woman so she could thank her for her kindness.

“She was an angel and made my day,” wrote Pettenato. “Not because she paid the bill but because she wasn’t afraid to sit next to a total stranger and share her experience and wish me the best.”

Her Facebook post ended up being shared hundreds of times until the woman was finally identified as Kerry Holmes-Vallario.

WATCH: Dozens of Bikers Visit the Lemonade Stand of the Girl Whose Mother Helped Them One Year Ago

When asked why she reached out to Pettenato, Kerry Holmes-Vallario told Patch: “When I saw her I knew exactly what she was feeling—I remember the day my husband shaved my head; it was the hardest day of my life. When I saw her sitting there I just wanted her to know that she isn’t alone in her fight and that ‘we’ as warriors are all here for each other.

“On my journey I had met so many women who became friends from this disease and I wanted a just reach out to [her] and let her know I was there for her,” she added.

Needless to say, the two cancer survivors are now firm friends—and they hope that their story will help inspire other readers to remain positive with their own health issues.