Home All News Inspiring Crane Operator Makes Heartwarming Pact With Dying Man Who Had Been Watching... 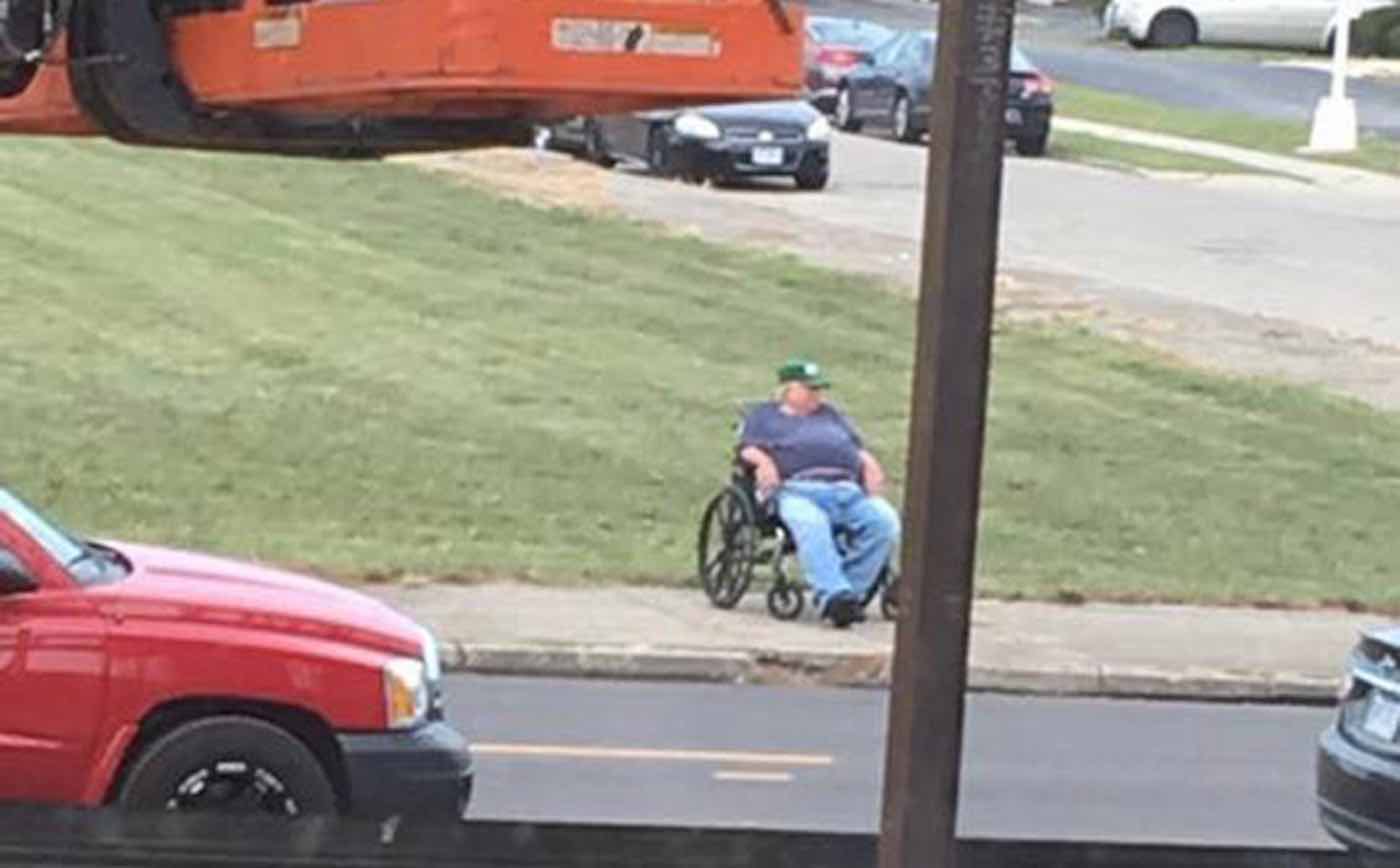 A compassionate crane operator from Ohio is being praised for going out of his way to befriend a dying man who couldn’t help but miss his former glory days in construction work.

It had been Shawn Beveridge’s first day working on his most recent construction job when he noticed the man sitting in his wheelchair on the sidewalk of a nursing home across the street from the building site.

“I originally had thought to myself, ‘he’s just a curious old man wanting to enjoy his days outside versus being cooped up in his room,” Beveridge recalled in a Facebook post earlier this month. “Well after a couple days, I myself got curious, so I walked over and introduced myself to him.”

LOOK: When Crying Student Boarded Bus for First Day of School, the Driver Held His Hand On the Way There

Beveridge and the man, who identified himself as Harold, ended up sharing an amiable two and a half hour conversation about construction. Before Harold’s health issues landed him in hospice care back in 2012, he had spent 50 years as a crane operator. “He said he enjoys seeing what he use to love to do for a living and never thought he’d ever be able to see or be around a crane again, let alone be so close to see one in action,” wrote Beveridge. “So I made Harold a deal!

“Our deal is this: Harold ran cranes for over 50 years and no matter how good you think you are at something, there’s always more to learn. So I told Harold every day after work, I’ll sit with him for a little bit so he can critique me and judge me on how I did for that day (give him something to talk about that he enjoys) while I also get to learn from him. In return, I would bring him a black coffee every morning for as long as I’m here and buy him lunch twice a week from wherever he chooses.

“He didn’t skip a beat before ‘ABSOLUTELY!’ came out of his mouth,” continued Beveridge.

MORE: Deaf Teen Thanks Flight Attendant for Handwritten Note That ‘Meant the World’ to Her During Her First Flight Alone

“He originally wanted to be put on payroll, [but since] I explained to him that wasn’t possible I quickly came to what I thought was a fair agreement,” he added.

Since Beveridge described his heartwarming encounter with Harold on Facebook, his post has been shared more than 200,000 times. He now hopes that it will inspire other people to reach out to a stranger who may need a smile.

“Always try to enlighten someone’s spirits. When God chooses to take this man home, I’m happy knowing that I’ve been placed here at this location to make his days better,” concluded Beveridge. “I’m happy with that.”