Home All News Inspiring Mom Rains Praise On Airplane Passenger for Showing Compassion Towards Her Autistic... 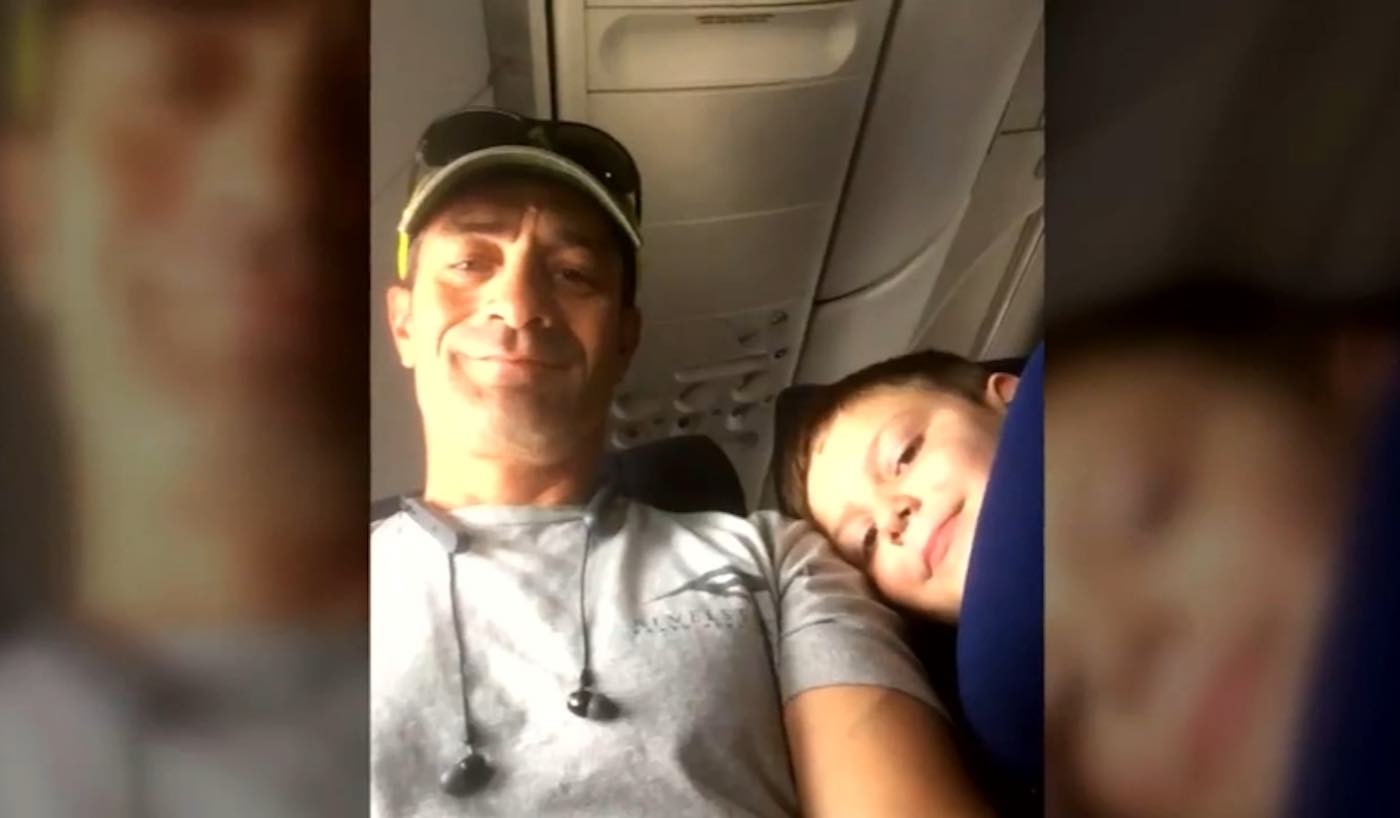 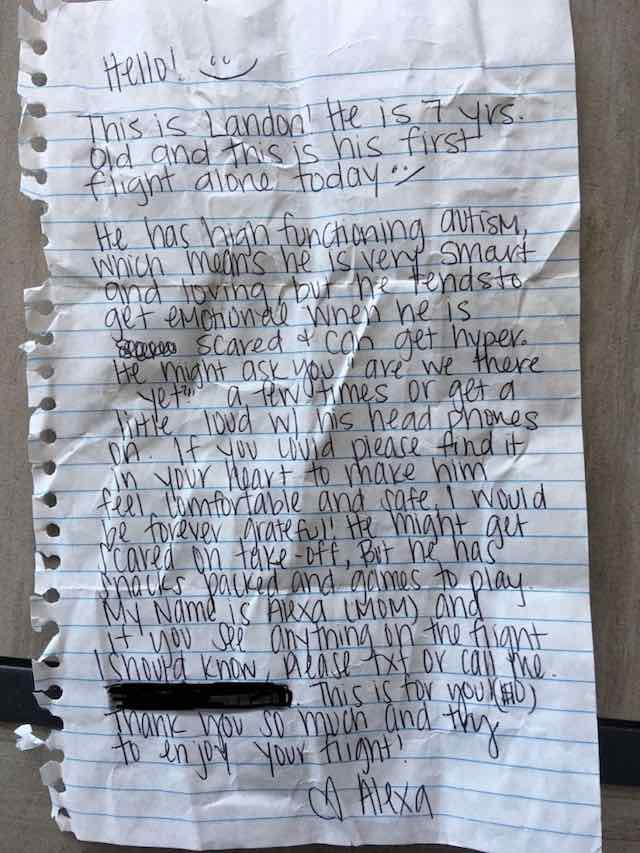 An airline passenger is being praised for showing bottomless kindness and patience towards a boy with autism who was traveling alone for the very first time.

7-year-old Landon was flying solo from Las Vegas to Portland in order to visit his father earlier this week. His mother, Alexa Bjornson, was concerned for her son’s safety – so she wrote out a note for Landon to give to whomever sat next to him on the plane.

In the note, Bjornson explained how her son had high-functioning autism and he may be prone to asking “Are we there yet?” during the flight. She went on to reassure the reader that although he sometimes got anxious during takeoff, she had packed plenty of snacks and games to keep him busy throughout the rest of the trip.

“If you could please find it in your heart to make him feel comfortable and safe, I would be forever grateful!” she added.

In addition to including her phone number, Bjornson folded a $10 bill into the letter in hopes that it would incentivize the passenger to be extra patient with Landon.

When Landon’s plane finally arrived in Portland, she received a text message that brought her to tears.

LOOK: Guys Who Befriended Solitary Widow Have ‘Vowed’ to Make Time for Her – ‘I already feel like we’re her grandkids’

The text was from a man named Ben Pedraza who had sat next to Landon on the plane. When Landon gave him the note, he was more than happy to accommodate the youngster.

Pedraza detailed how he and Landon had chatted, played some video games, and cracked jokes throughout the flight. After snapping a selfie with his new friend, Pedraza sent the photo to Bjornson to reassure her that everything had gone smoothly.

Not only that, he said that he donated the $10 to the Autism Society.

Pedraza later told Yahoo! Lifestyle that he was particularly moved to befriend the youngster after Landon mentioned that he was often bullied for having autism.

“I have a nephew with facial cranial deformities and he hates school for this very reason,” Pedraza told the news outlet. “I think more needs to be discussed and done to thwart this behavior by other children and adults. It starts at home, I believe.”

WATCH: When 7-Foot-Tall ‘Gentle Giant’ With Autism Outgrows His Swing Set, Handyman Steps in for Free

Needless to say, Bjornson was overwhelmed with gratitude for Pedraza’s compassion. She later published a screenshot of his text to Facebook in order to highlight his compassion, and the post has already been shared thousands of times.

“I am so grateful to this individual, and that there are still kind people in the world who make a difference like I try myself to do as well,” wrote Bjornson.