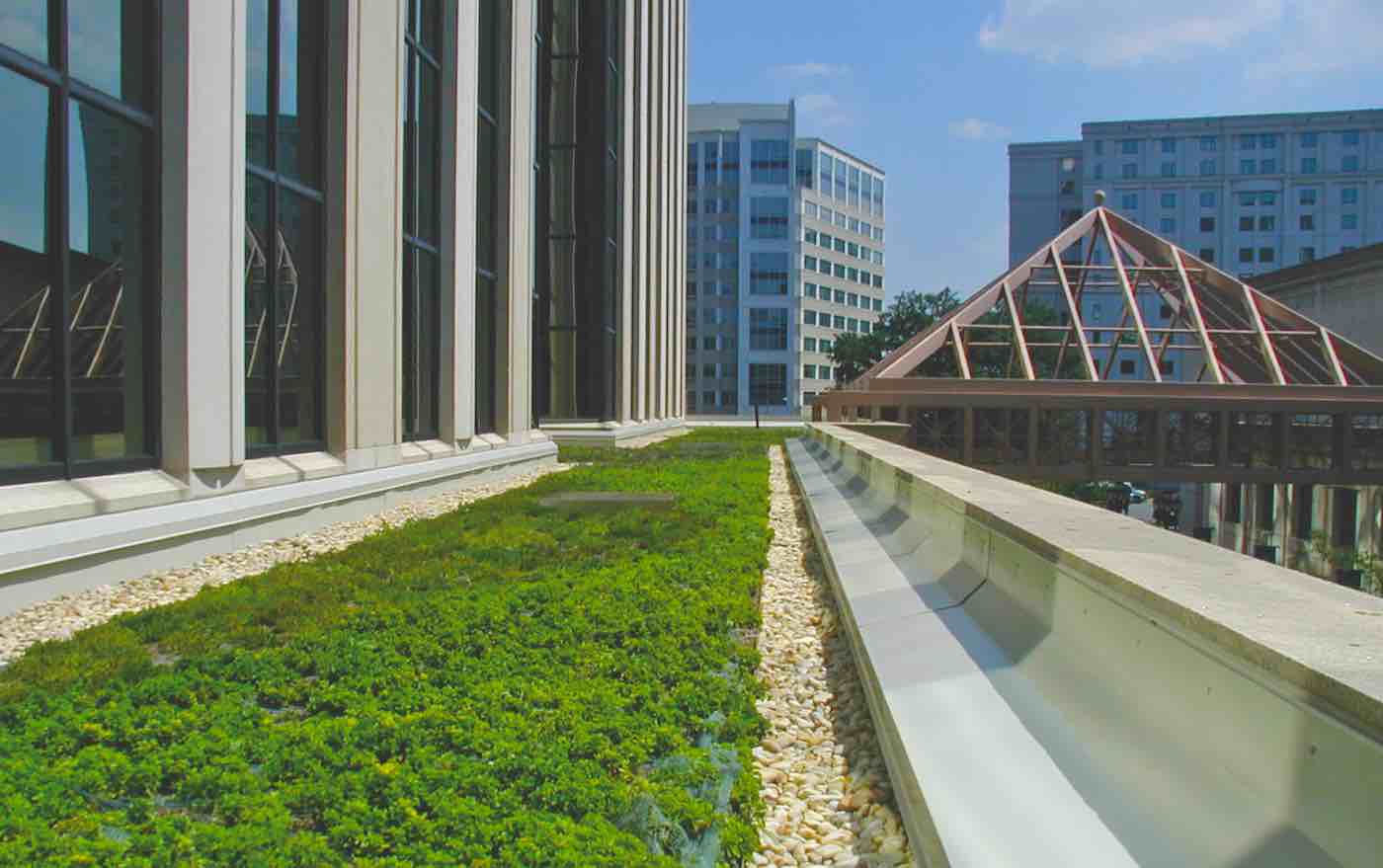 New York City recently passed a trailblazing new piece of legislation that is set to propel the Big Apple towards the forefront of America’s fight against climate change.

One of the notable provisions in the bill requires all new residential and commercial buildings to cover their rooftops with plants or renewable energy sources such as solar panels.

Since plants absorb light that would otherwise become heat, legislators have been pushing for greener rooftops in order to reduce the “urban heat island effect.” By mitigating this heat gain, there is a reduction in energy costs for cooling systems inside buildings.

The bill also outlines the establishment of a renewable energy loan program to assist with “greening” buildings and details new changes to the city’s building codes in order to promote construction of wind turbines.

“Today, we are passing a bill that won’t just make our skyline prettier—it will also improve the quality of life for New Yorkers for generations to come,” said Rafael Espinal, the New York City Council member who sponsored the bill.

BREAKING: The @NYCCouncil, with the leadership of @Costa4NY, just passed the most aggressive municipal greenhouse gas emissions reduction legislation of any major US city.

We are on the precipice of climate disaster, and New York City is acting. I hope other cities follow suit. pic.twitter.com/jiKo18AOLt

According to research published by the National Research Council of Canada, a green roof can cut a building’s daily energy demand for air conditioning by up to 75%. This is particularly significant because the bulk of New York City’s CO2 emissions come from its buildings.

That is why it is now mandated that a building’s greenhouse gas emissions cannot exceed the levels that are set by the legislation, which makes New York City the first in the world to require large existing buildings to reduce their CO2 emissions.

The limits are set based on the occupancy group of the building. The bill requires large and medium-sized buildings, which account for nearly a third of all greenhouse gas emissions in the city, to reduce their emissions by 40% before 2030 and 80% by 2050. The very worst performing buildings will have to act by 2024 to curb their emissions.

Additionally, the bill calls upon the New York State Department of Environmental Conservation to deny the Water Quality Certification permit for the construction of the Northeast Supply Enhancement pipeline through New York Harbor. Mayor de Blasio said that due to the fact there is no federal leadership to address climate change, “we have to do it ourselves, in this city and cities all over the country.”

MORE: We May Soon Be Able to Build Houses Out of the Byproducts From Our Bathroom Breaks

Legislators now hope that the bill will inspire other American municipalities to take similar action against climate change.

“We hope that if we can make it here, we can make it anywhere,” says Samantha Wilt, senior policy analyst for Natural Resources Defense Council’s Climate and Clean Energy Program.