Home All News USA On 95th Birthday, Jimmy Carter is Still Proving Age is No Obstacle... 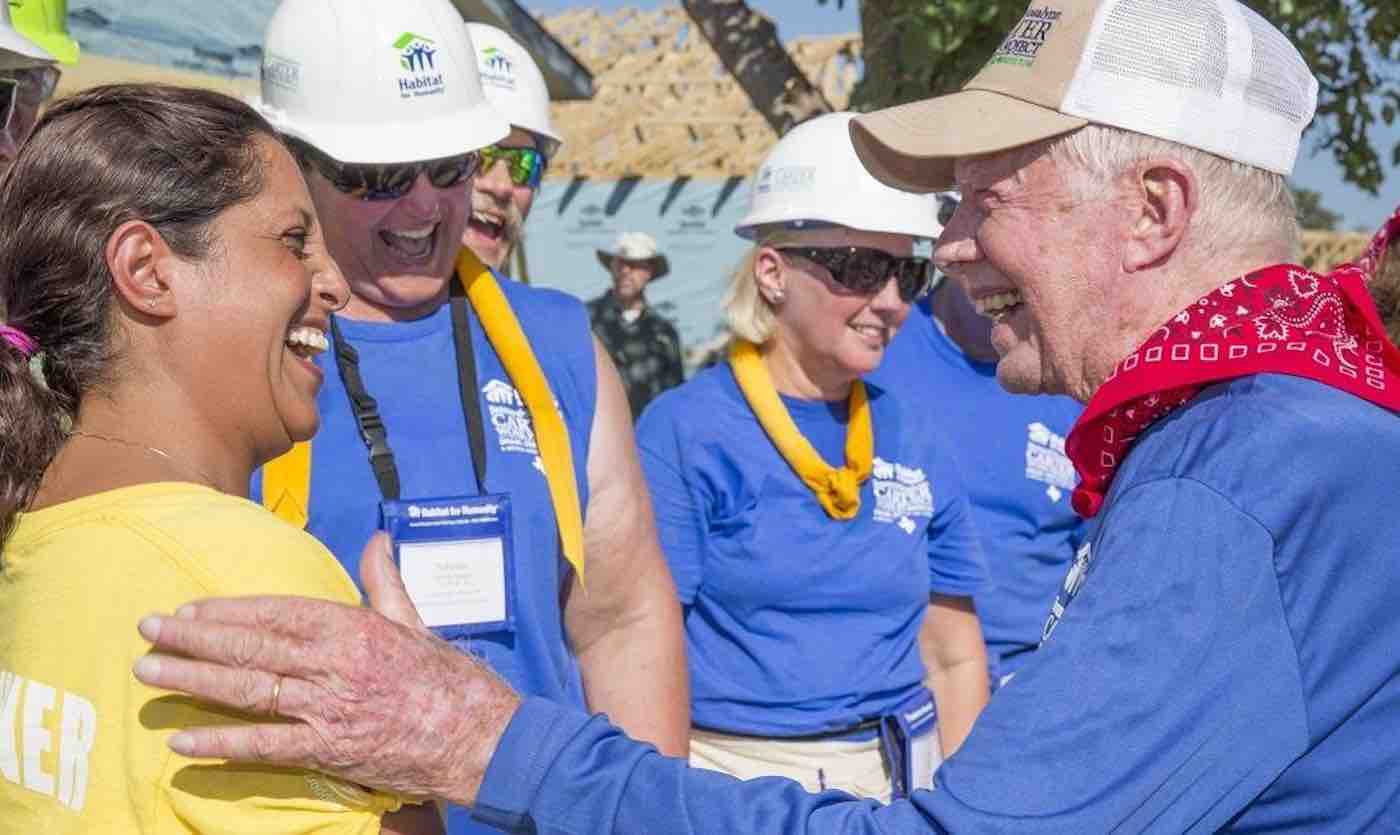 Happy 95th birthday, President Carter! We can’t wait to see you next week in Nashville for the 36th Carter Work Project. 🏠 #HabitatCWP pic.twitter.com/8DWjVXgBeb

Today is the 95th birthday of former US president Jimmy Carter—and despite how he has not served in office for almost four decades, he is still working tirelessly to improve the country.

Born on October 1st, 1924, Carter has now lived longer than any other US president in history. The title used to be held by the late George H.W. Bush before he passed away in November 2018 at 94 years and 171 days old.

Even though Carter made headlines back in March for surpassing Bush’s record at 94 years and 172 days old, this is not his first news appearance in the last few years.

Carter, who is also one of the few American presidents to have ever received the Nobel Peace Prize, was recently responsible for creating a new health clinic in a small town that had been without a physician for four months; he leased out a portion of his own property in order to launch a solar farm powering half of his hometown; and his charity has been a major contributor in making guinea worm the second disease to ever be eradicated.

RELATED: Jimmy Carter Delivers a New Clinic to Small Town That Has Been Without a Physician

Additionally, Carter was diagnosed with stage 4 melanoma in 2016—and even though he was undergoing treatment, he still spent his time building homes for the needy through Habitat for Humanity. Thankfully, his immunotherapy treatments proved to be successful and he was declared cancer-free several months later.

Carter and his wife Rosalynn have volunteered for the housing organization for 36 years, during which time they have helped build thousands of homes. Furthermore, they now plan on celebrating Mr. Carter’s birthday by attending yet another annual Habitat for Humanity construction event in Nashville next week.

“Both President and Mrs. Carter are determined to use their influence for as long as they can to make the world a better place. Their tireless resolve and heart have helped to improve life for millions of the world’s poorest people,” said a Carter Center spokesperson in a statement.