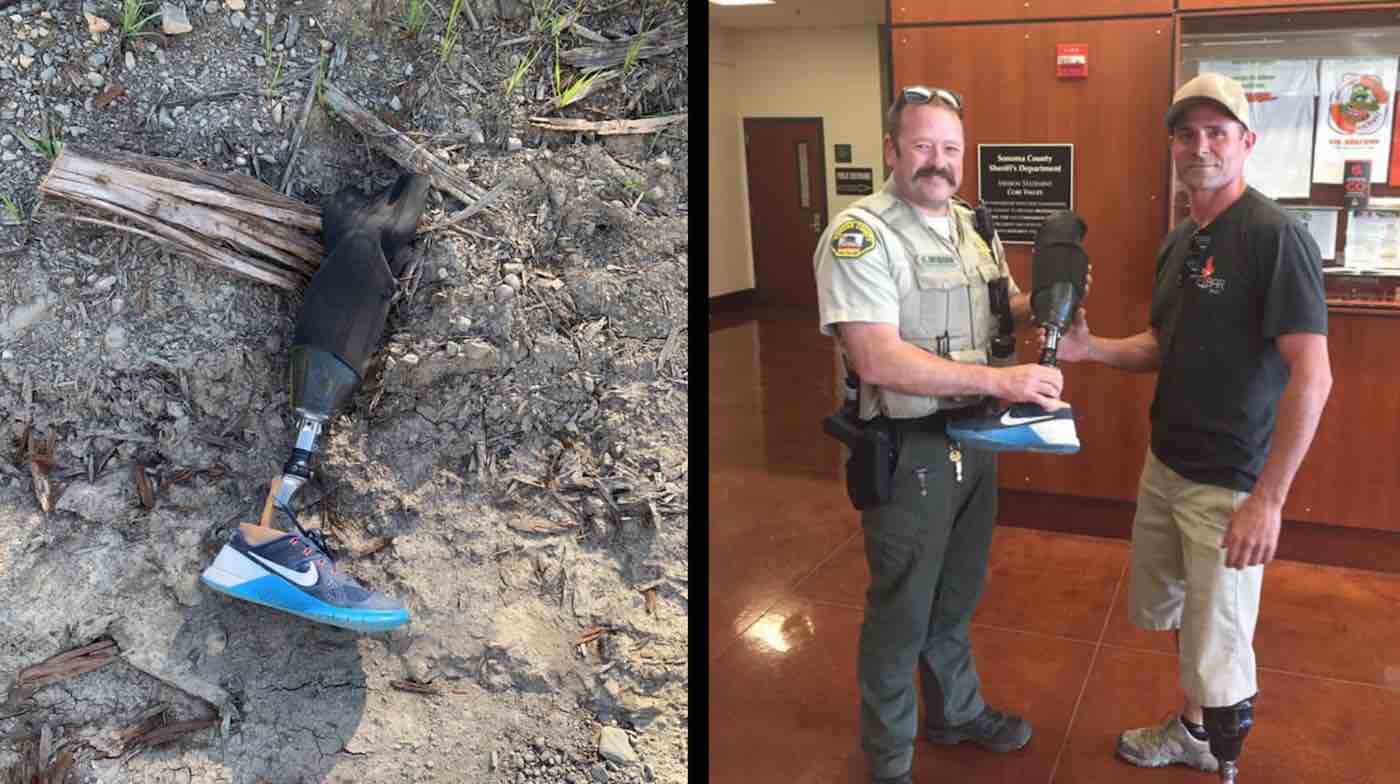 LISTEN to this fun story on the radio, with The Good News Guru (our GNN founder), or READ the FULL story below…

In Sonoma County, a man demonstrates how you should never give up on a hobby—even if it costs you an arm or a leg…

A group of lumberyard employees were bamboozled last week when they arrived early to work and saw a glint of metal in a pile of sawdust. After thinking it was a soda can, they were shocked to find a prosthetic leg sitting on top.

Police later learned that the leg was worth $15,000—and upon hearing the story of how the limb ended up there, they were stunned to find it still in perfect condition.

It seemed to everyone that the leg had just ‘fallen out of the sky’ and, it turns out, indeed it had—from 10,000 feet up.

The leg belonged to Dion Calloway, a skydiving enthusiast who had just leapt out of an airplane and, in mid-jump, his leg came off.

The 39-year-old says that he’s jumped with his prosthetic at least two dozen times, without incident, but on his most recent jump from an airport in Cloverdale, California, he felt it disconnect shortly after he leapt and lost track of it as it plummeted towards the ground.

He and his skydiving buddies spent the rest of the day searching nearby properties, but it turned out to be like looking for a needle in a haystack.

Meanwhile, officers from the Sonoma County Sheriff’s Department happened to speak to the owner of the airport, and the next day Calloway was happily reunited with the leg—and he promised that he would be securing it more carefully in the future.

It seems like nothing will stop this man’s dedication to his passion. After all, it was a skydiving accident that took his original leg in the first place—and even after almost losing his leg a second time, he says he is excited to get back in the air.

“I always seem to come back to it,” Calloway told the Press Democrat. “Skydiving is my everything, and the people I do it with are my family.”

(WATCH the interview below) – Photo by Sonoma Sheriff’s Office