Home All News Heroes Watch Rescuers Form a Human Chain to Save Four Dolphins Trapped in... 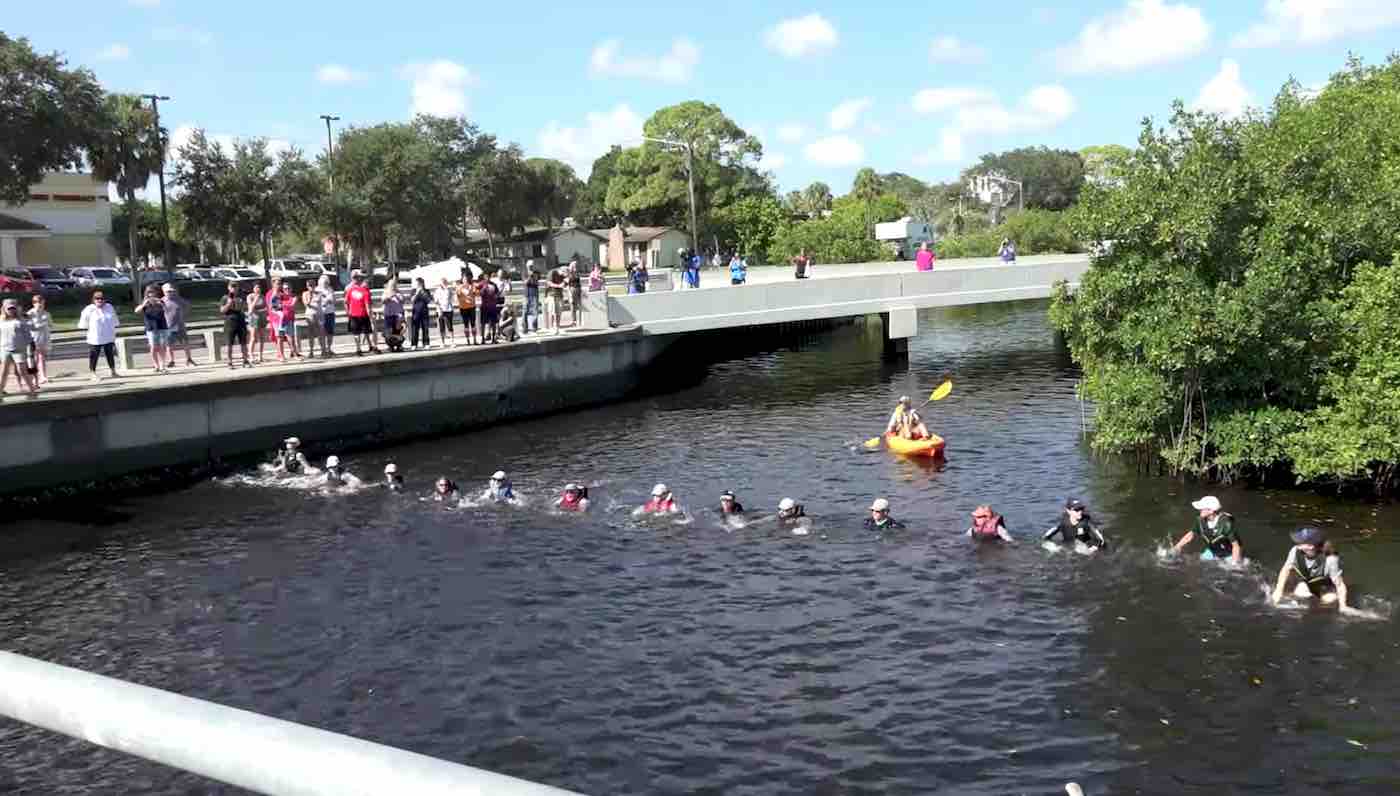 A team of conservationists managed to save four dolphins from a Florida waterway after they joined together to form a human chain earlier this week.

Rescuers from the Florida Fish and Wildlife Commission and Clearwater Marine Aquarium say that the two mother dolphins and their calves had become stranded in the St. Petersburg canal because they perceived the bridges to be barriers.

Since the cetaceans couldn’t figure out how to get back to the waters of Tampa Bay, they remained trapped inside the canal—and since the canal waters were low in salinity, they may not have survived very long.

After marine experts received reports of the dolphins’ plight, however, more than a dozen rescuers arrived on the scene, donned their swimming gear, and waded into the water so they could shepherd the mammals back to safety.

(WATCH the rescue footage below) – Photo by Clearwater Marine Aquarium