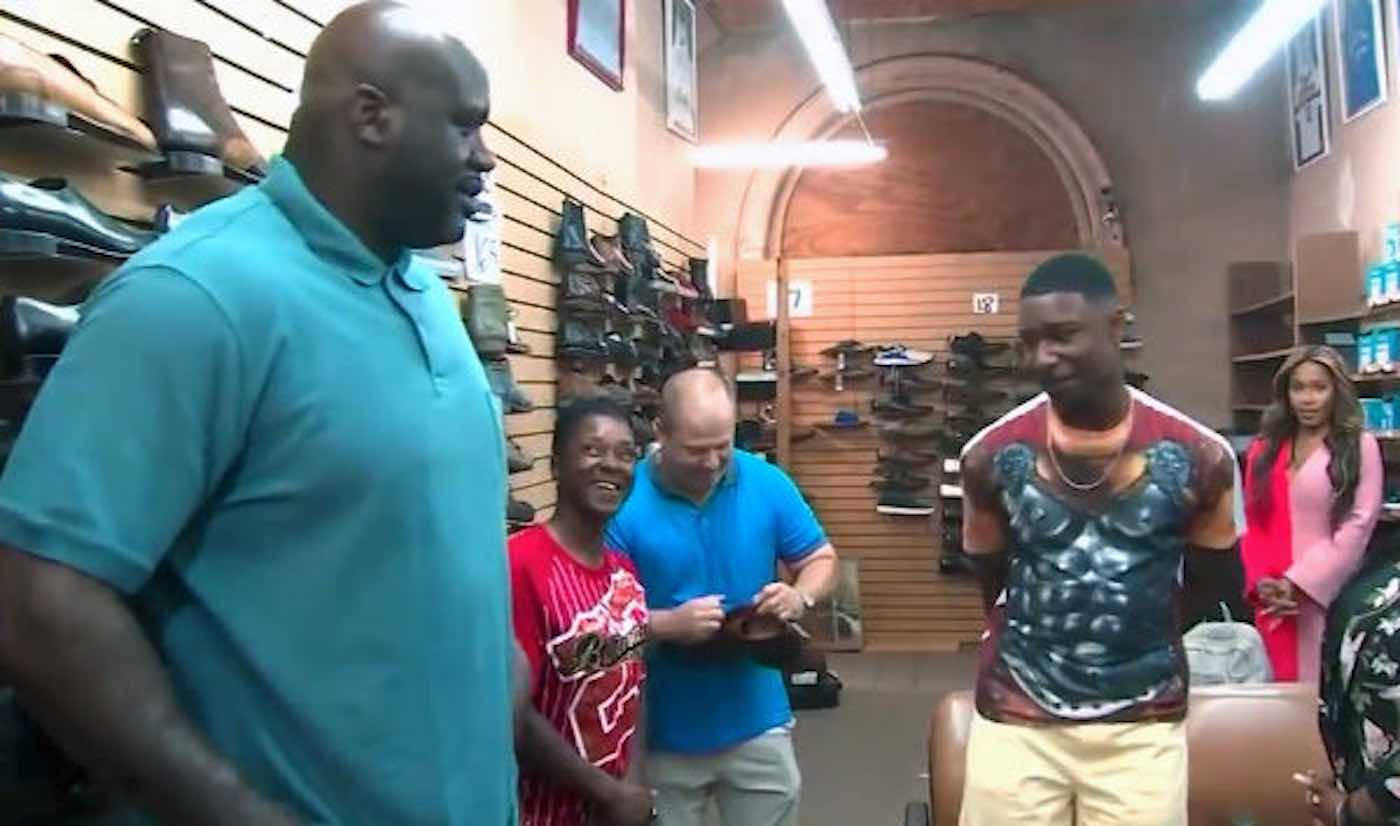 Shaquille O’Neal has just made a new fan for life in a teenager who has been struggling to find shoes that fit his feet.

Zach Keith may only be 13 years old, but the young basketball player already has size 18 feet.

His mother has been unable to afford new extra-large sneakers for her son – but luckily, O’Neal heard about the family’s dilemma and was inspired to help.

Since O’Neal famously wears a size 23, he could empathize with Zach’s struggle for fitted footwear. The retired NBA legend faced the same predicament when he was just an 18-year-old college student searching for size 18 penny loafers to wear to his high school prom.

Bruce Teilhaber, who is the owner of Friedman’s Shoes in Atlanta, Georgia, gave O’Neal a free pair of shoes for prom – and O’Neal has been shopping at the shoe store ever since.

O’Neal has never forgotten that act of kindness from his childhood; so as a means of paying it forward, he invited Zach and his mother to Friedman’s Shoes and bought the teenager 10 new pairs of different shoes.

“I thought this was a good thing to do,” O’Neal told CBS News. “Kid plays basketball, and Bruce did it for me, and I just want to return the favor.”