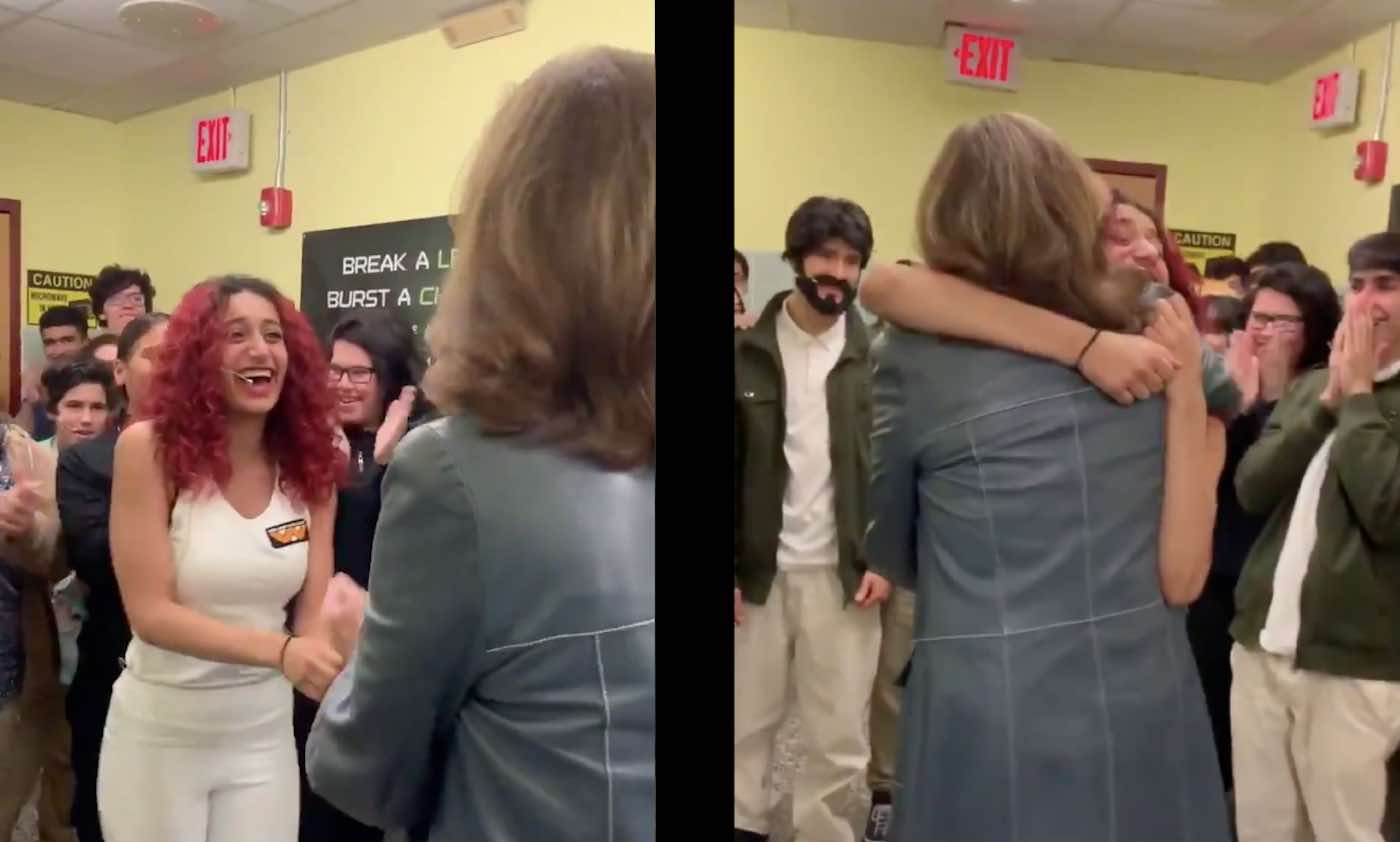 LISTEN to this fun story on the radio, with The Good News Guru (GNN founder), or READ the FULL story below…

This dedicated group of New Jersey high school students worked tirelessly for six months to bring a beloved sci-fi movie to life on their small stage—so, imagine their excitement when it suddenly brought Hollywood A-listers to their side.

Teens at North Bergen High School put together a stage adaption of Ridley Scott’s blockbuster film Alien, and despite having only a $3,500 public school budget for set and costume design, their play was life-like, scary, and a huge success.

With a production crew of 20 students and a cast of 9, the production was filled to the brim with nail-biting tension, show-stopping special effects, and a terrifying black extraterrestrial costume (made entirely out of found materials).

After some of the frightened audience members uploaded clips of the performance to social media, the teens became internet famous and Hudson County residents begged them for an encore.

When the students admitted they didn’t have enough money for a second performance, director Ridley Scott sent them $5,000 and said in a letter:

If that wasn’t enough to thrill the students, as the kids putting on that second showing of ‘Alien: The Play’ last week to mark the film’s 40th anniversary, who should show up to the sold out performance but Sigourney Weaver.

Sigourney Weaver visiting the NBHS cast and crew at their encore performance of Alien after national media recognition was unbelievable!! #alien #Alien40th pic.twitter.com/2UXL0v1H3X

As the star of the original 1979 blockbuster, she of course was seated in the front row and—along with the rest of the 830 audience members—was visibly floored by the performance. She also happily autographed costumes and chatted with the players.

Later, the troupe received one final surprise when representatives from the New York Conservatory of Dramatic arts offered each actor a $10,000 scholarship, and a $1,000 summer program scholarship to each cast and crew member.

I would like to take a moment to send my sincere thanks and gratitude to the The New York Conservatory for Dramatic Arts. They presented each student of the cast and crew with a $1k scholarship to their summer program as well as each Senior with a $10k scholarship to the college pic.twitter.com/Vu2gRuqT45

Originally produced as a fundraiser to try to jumpstart a drama club at the school, the play’s success has undoubtedly made a huge difference.