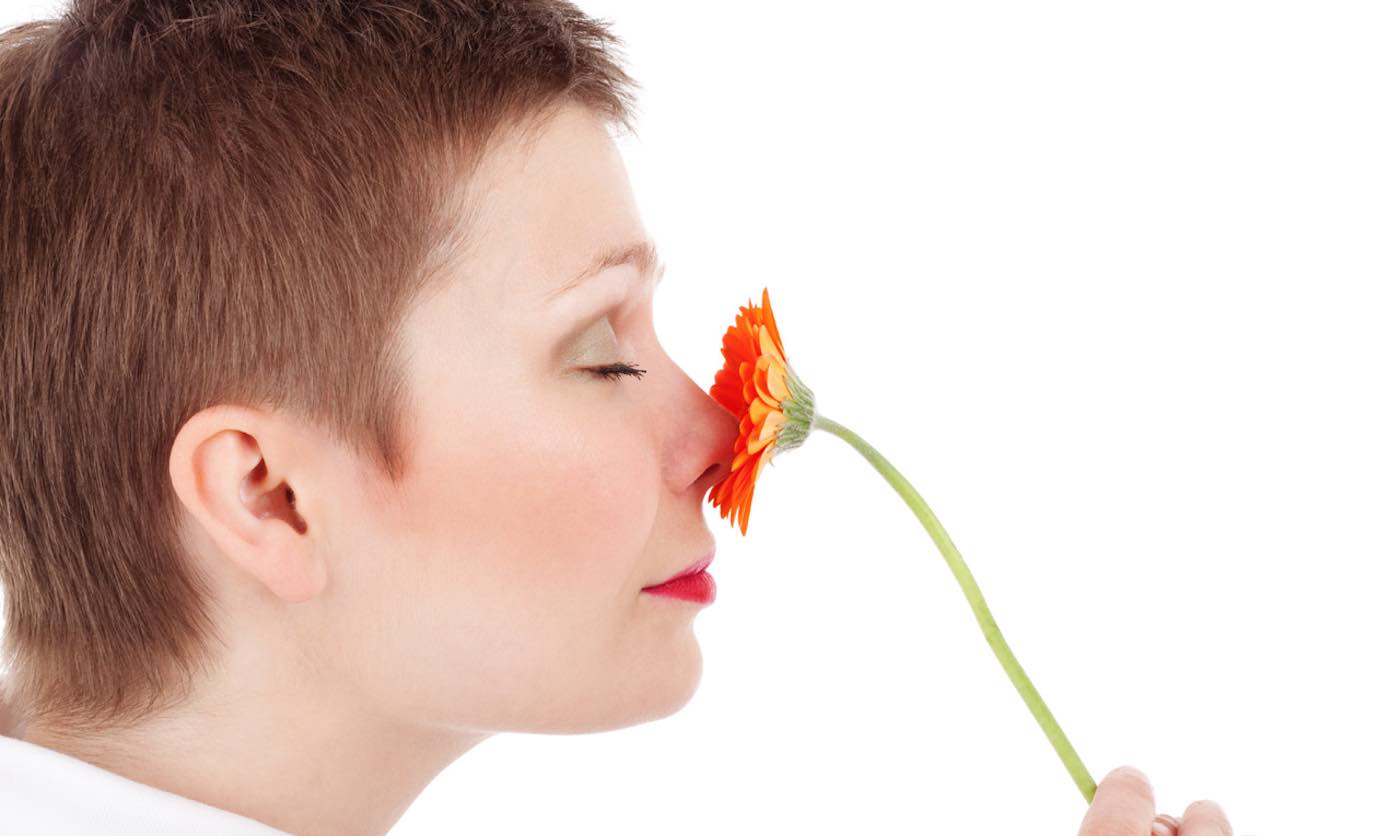 Smokers who are trying to quit may not always have to reach for a piece of nicotine gum to stave off a craving. Deliberately inhaling a pleasant aroma may be enough to reduce the urge to light up, at least temporarily, and could be used as part of an effective smoking cessation strategy.

“Despite disappointing relapse rates, there have been few new approaches to smoking cessation in general and to craving relief in particular,” said lead author Michael Sayette, PhD, of the University of Pittsburgh. “Using pleasant odors to disrupt smoking routines would offer a distinct and novel method for reducing cravings, and our results to this end are promising.”

The research, which was conducted by the American Psychological Association, was published in the Journal of Abnormal Psychology.

While smoking rates have fallen over the past 50 years, approximately 40 million Americans still smoke, according the U.S. Centers for Disease Control and Prevention. Most adult smokers want to quit and at least half report trying in the past year, yet half of those who try relapse within two weeks.

“Even with nicotine replacement, relapse is common. New interventions are urgently needed to help the millions who wish to quit but are unable,” said Sayette.

The researchers recruited 232 smokers, ages 18 to 55, who were not trying to quit at the time and were not using any other nicotine delivery system, such as gum or vaping. They were asked not to smoke for eight hours prior to the experiment and were required to bring a pack of their preferred cigarettes and a lighter with them.

Upon arrival, the people first smelled and rated a number of different odors generally considered to be pleasant (e.g., chocolate, apple, peppermint, lemon, or vanilla) as well as one unpleasant chemical odor, tobacco from the participant’s preferred brand of cigarettes and one blank (no odor). They were then asked to light a cigarette and hold it in their hands, but not smoke it. After 10 seconds, the participants verbally rated their urge to smoke on a scale of 1 to 100 before extinguishing the cigarette and putting it in an ashtray.

MORE: Town’s Compassionate Approach Cuts Rates of Overdose by More Than Half – State to Adopt It

The average craving score just after lighting the cigarette was 82.13. Regardless of what odor they smelled, all participants experienced a decreased urge to smoke after sniffing the container, but the average craving scores for those who smelled pleasant odors dropped significantly more (19.3 points) than those who smelled tobacco (11.7 points) or received the blank (11.2 points).

The researchers were not surprised by the findings, as they confirmed and extended results from a much smaller, exploratory study they had previously conducted, according to Sayette.

CHECK OUT: Give Yourself a ‘Dry January’ – You’ll Sleep Better, Save Money, and Lose Weight

“These days, replicating prior findings is not something I take for granted, and extending the research by showing that we can maintain the effect for as long as five minutes suggests it might offer enough time for a smoker to decide to avoid or leave their high-risk situation,” he said.

Sayette believes that part of the reduction seen in all three conditions may be due to smokers extinguishing the cigarette and removing temptation. As for why pleasant aromas achieved a greater reduction in cravings, he thinks they may work by distracting smokers from thoughts of their craving to memories linked to these olfactory cues (e.g., peppermint reminded some of the smokers of childhood Christmas holidays spent at a grandparent’s home), but more research would need to be done to confirm his hypothesis.

“Our research suggests that the use of pleasant odors shows promise for controlling nicotine cravings in individuals who are trying to quit smoking,” said Sayette, who noted that additional research needs to be done to see if this strategy could prove useful alone or in combination with other approaches to smoking cessation.