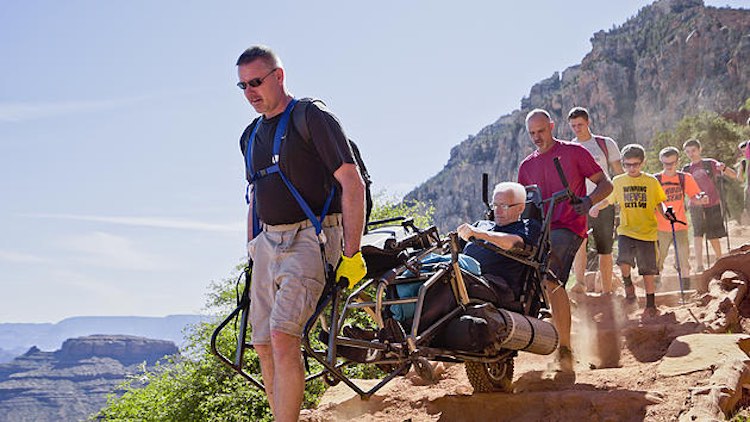 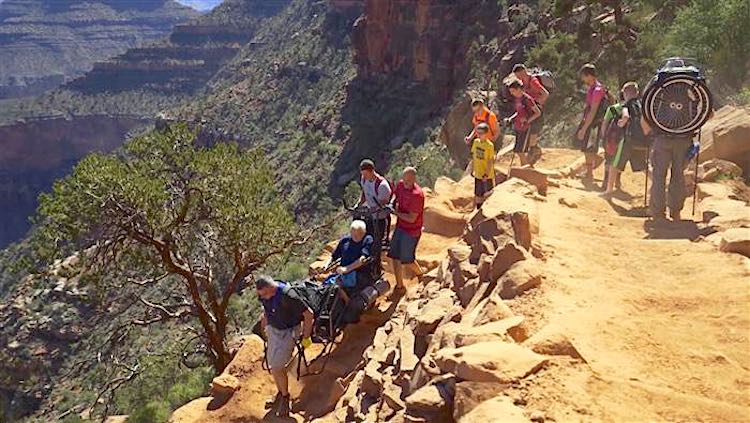 A family from Columbus, Ohio set out to show the world that people can do anything, even despite their greatest obstacles.

Bob Headings last hiked to the bottom of the Grand Canyon eleven years ago, one year before he fell off a ladder and became paralyzed from the waist down.

Even after the 2005 accident, Bob was a role model of perseverance and positive thinking for his three grown sons and 8 grandsons.

“When the kids say they can’t do something,” said Bob’s son, “I always tell them, ‘Go call grandpa and see what he says about CAN’T.’”

To personify that spirit of never giving up, and just in time for Father’s Day, Bob’s son, Randy, came up with the idea of a very ‘grand’ family outing. They set out to hike all the way down the Grand Canyon, 7.4 miles over rocky trails, and all the way back, towing their paralyzed father.

“It just seemed like a way for us as a family to give back to Dad,” Randy said. “A little payback to him for the investment that he put into us.”

For the grandsons, it would be a lesson in endurance. The 240-pound one-wheeled Trail Rider, with long handles on the front and back had to be lifted over weathered logs more than 3,000 times.

“I think it’s something they’ll never forget,” said one of the parents. 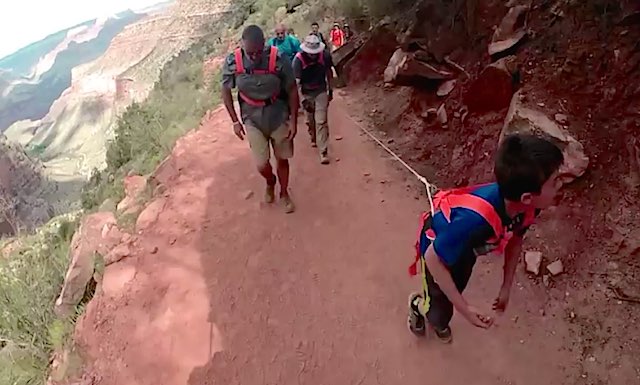 “I kept looking back and just thinking, ‘There is no way we are going back up that,” recalls grandson Tyler Headings.

Filmmaker John Honaker, whose video company helps set up elaborate marriage proposals for people in the Columbus area, documented the trek after getting a call from the family.

Several canyon park rangers who were consulted about the hike, thought that because Bob’s transporting device used a wheel, the journey down would be really easy. In reality, Honaker said it was a huge surprise that some of the logs were two feet off the ground and once they’d lifted the chair, loaded with food and water, to clear the log, there’d be another one five or six feet away. 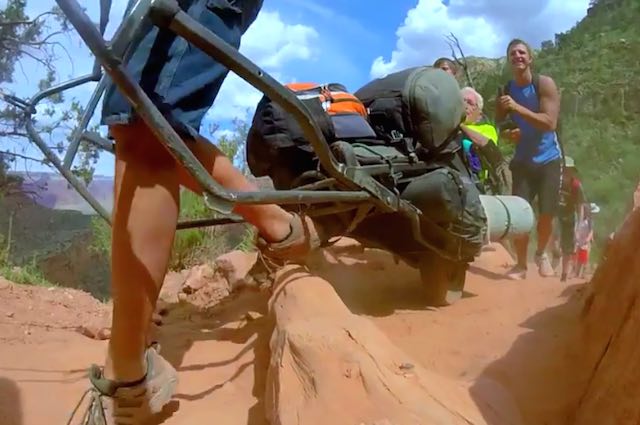 “In my mind it was an epic film,” Honaker told the Good News Network, “and one that I was so unprepared for.”

They had planned for one rest day at the bottom, but Honaker said the relentless Headings family “trying to give granddad that awesome experience,” would not rest. They hiked two miles down the Colorado river that day just so he could enjoy the scenery.shopp 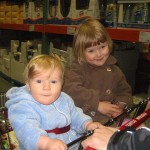 “I didn’t think we should hike the bridge trail on our day off,” recalls Honaker. “We knew that the way down was extremely hard and it took everything we had.”

So, when badgered for his opinion, he reluctantly told them, “Honestly, it’s going to take us two days to get back up.”

After that, he could see the determination in the men to do the climb in only one. “When we set off at 6:45 that next morning, they were booking it.” 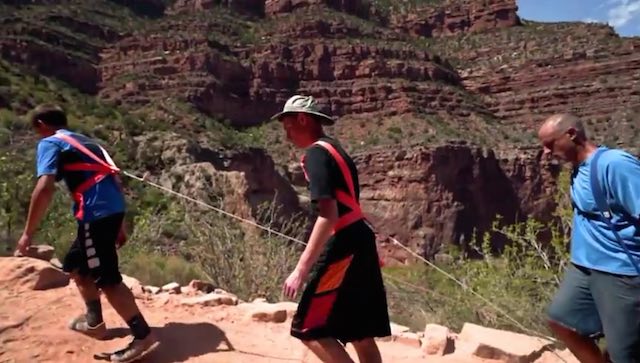 They chose the 10-mile-long Bright Angel Trail. Honaker wrote on his website, “It was inspiring to look back and see how much ground you covered, but it seemed impossible to have to keep going up. It was like it never ended.”

Hikers along the way, particularly on the journey back up – ascending the 4380-foot elevation – were brought to tears by the spectacle of dedication displayed by the 11 family members. 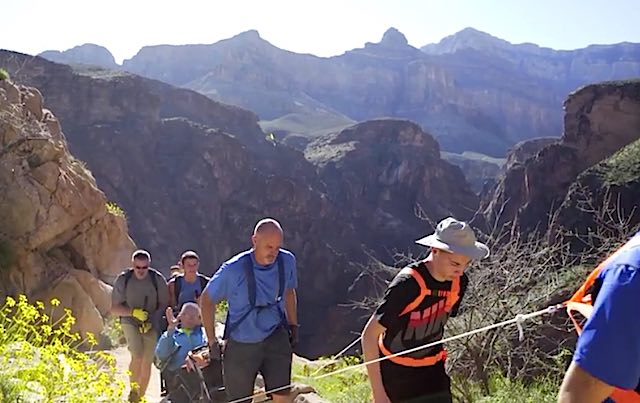 When Honaker climbed ahead to get some overhead shots he heard from above distant cheering. “At first I thought it was just the family (the wives waiting at the top), but it was too loud to be just them.

“All the hikers who had passed us, a whole bunch of people, were assembled and shouting encouragement.”

The 12 men and boys had been taking frequent breaks because they were so tired, but when they heard those cheers from above, they found new energy for the last mile and didn’t stop until they reached the top. 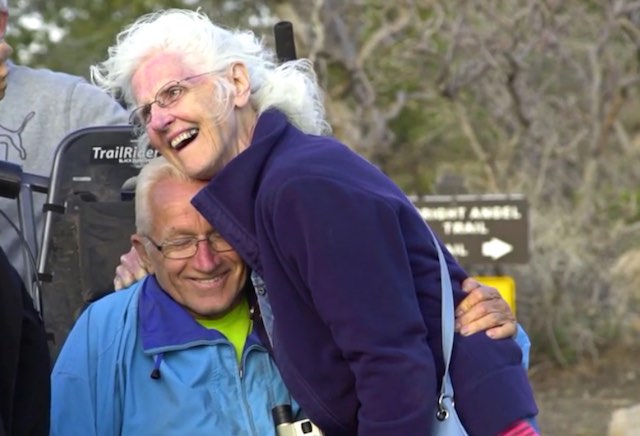 I Can’t Believe We Just Did That was chosen as the name for the 40-minute documentary.

WATCH the 5-minute video below… (Photos courtesy of John Honaker)