Home All News Inspiring Starbucks Barista Hailed as ‘Hero’ After Student’s Photoshoot Gets Rained Out Before... 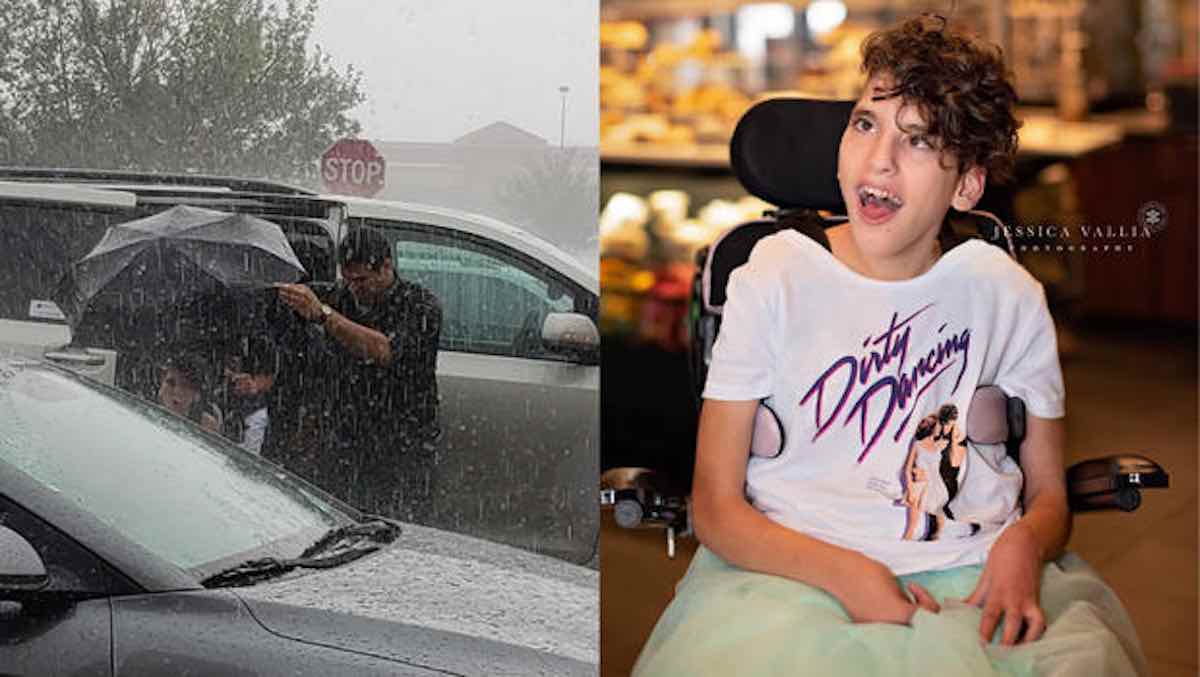 When abysmal weather conditions ruined a student’s senior photoshoot, a local barista went above and beyond the call of duty to save the day.

Sydney Johansson had been planning an outdoor senior photoshoot in mid-July when it started pouring rain. The young student was unable to reschedule the shoot because she has cerebral palsy and she was set to undergo a major surgery later in the month.

So, as her mother Laura and photographer Jessica Vallia puzzled over how to continue the photoshoot, Laura got an idea. She would ask at the nearby Starbucks if they could take pictures inside the store.

“We drove over in the hurricane wind and rain and [Laura] ran in to ask,” Vallia wrote in a Facebook post. “She says to the guy at the counter… ‘You can tell me to screw off BUT it’s pouring, my daughter was supposed to have senior pictures outside. She is in a wheelchair, can we just come inside and take some pics?’”

“(We really weren’t sure what they’d say) and he replied with ‘Absolutely!’ and offers his umbrella to help us get inside.”

The barista, a young man named Chris, then followed Laura outside and proceeded to get soaking wet so he could keep Sydney dry with his umbrella. Once they were all inside, he gave them all towels so they could dry off. Chris, along with some of the other baristas, then helped the family move some of the furniture and fixtures so they would have room for the shoot – and that’s not all, either.

“After getting inside we were greeted with hot chocolates made with soy milk because they were unsure of allergies… who thinks that far into it?!?!” wrote Vallia. “I was blown away with gratitude at this point…

“But then, Chris comes by and asks if he can make Sydney some signs and pulls out markers and colored paper making her a little backdrop and rearranged some items in the store!!! Even upon leaving, he wouldn’t let us pay for more coffee. We were there a good hour at least, taking up the bathroom, as it’s no easy feat to change Sydney and we had several outfits.”

MORE: Good Manners Pay Off – When Man is Desperate to Meet Lotto Deadline And Stranger Lets Him Go First

In addition to helping set up for the shoot, the baristas also gave the group free coffee, food, and drinks throughout the event.

Vallia was so touched by the encounter, she posted some of Sydney’s (gorgeous) senior photos to Facebook along with a picture of Chris holding his umbrella over the youngster and a description of his kindness.

“There were serious tears from all after taking in everything from yesterday’s senior session,” says Vallia. “I just wanted her to have the average senior session, like any other girl and instead she got THE RED CARPET in a way I couldn’t have been more proud to be a part of!!!”