Home All News Inspiring Good Manners Pay Off: When Man is Desperate to Meet Lotto Deadline... 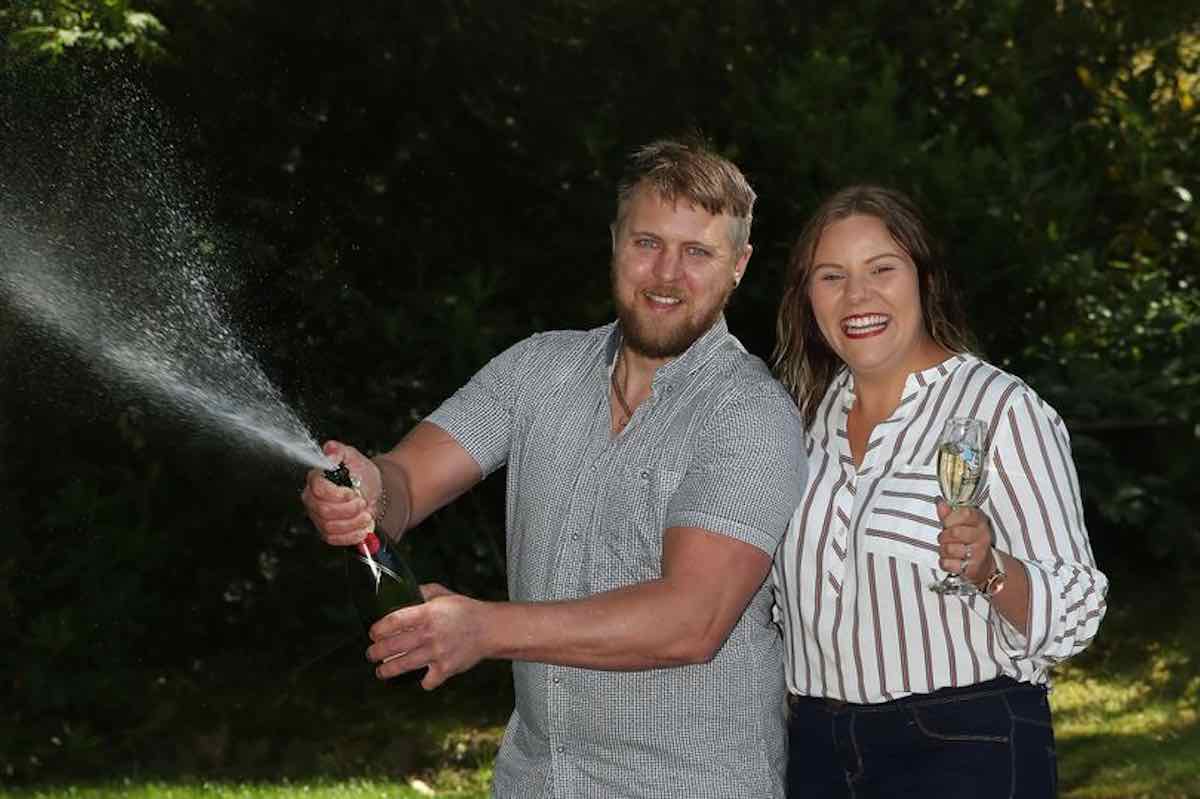 A man and his fiancé are now millionaires thanks to a compassionate stranger.

Arron Walshaw was desperate to buy a ticket for the Lotto Millionaire Raffle last week before it closed. When he quickly popped into a shop in Osset, West Yorkshire, he walked up to the counter and ended up waiting behind a woman who had approached the cashier before him.

Sensing his anxiety, the woman told Walshaw to go ahead of her. With two minutes to spare, he bought a ticket for the raffle. He thanked the woman and left.

The next day, Walshaw and his fiancé, Ceri Hall, went about their business and ran a few errands. The two spent some time counting pennies in their home to see if it was enough for a weekend camping trip. Then, they checked their lottery app and saw that they had won £1,000,000 ($1,305,000).

RELATED: Woman Wins $1,000 Weekly Lotto Payout – and Proves Money Can Buy Happiness By Giving It All Away

“We had lots of pennies lying around the house and we just decided that evening to count up how many we had,” says Hall.

“We were chuffed when we worked out we had over £50 in pennies. That was going to be used to go camping. But that was all blown out of the water when we later checked our ticket.”

Walshaw and Hall believe that they would not have been winners if the woman had not let him cut in line.

“She must have seen that I was in a rush because she insisted I went before her. What a stroke of luck that turned out to be,” said Walshaw.

“I don’t think I would have been in time to buy my ticket if she hadn’t let me go first. We would love to meet her again and say thank you for changing our lives.”

The couple plans on using the money to plan their first home together – and it’s all thanks to a kind woman who let the stranger jump in line.