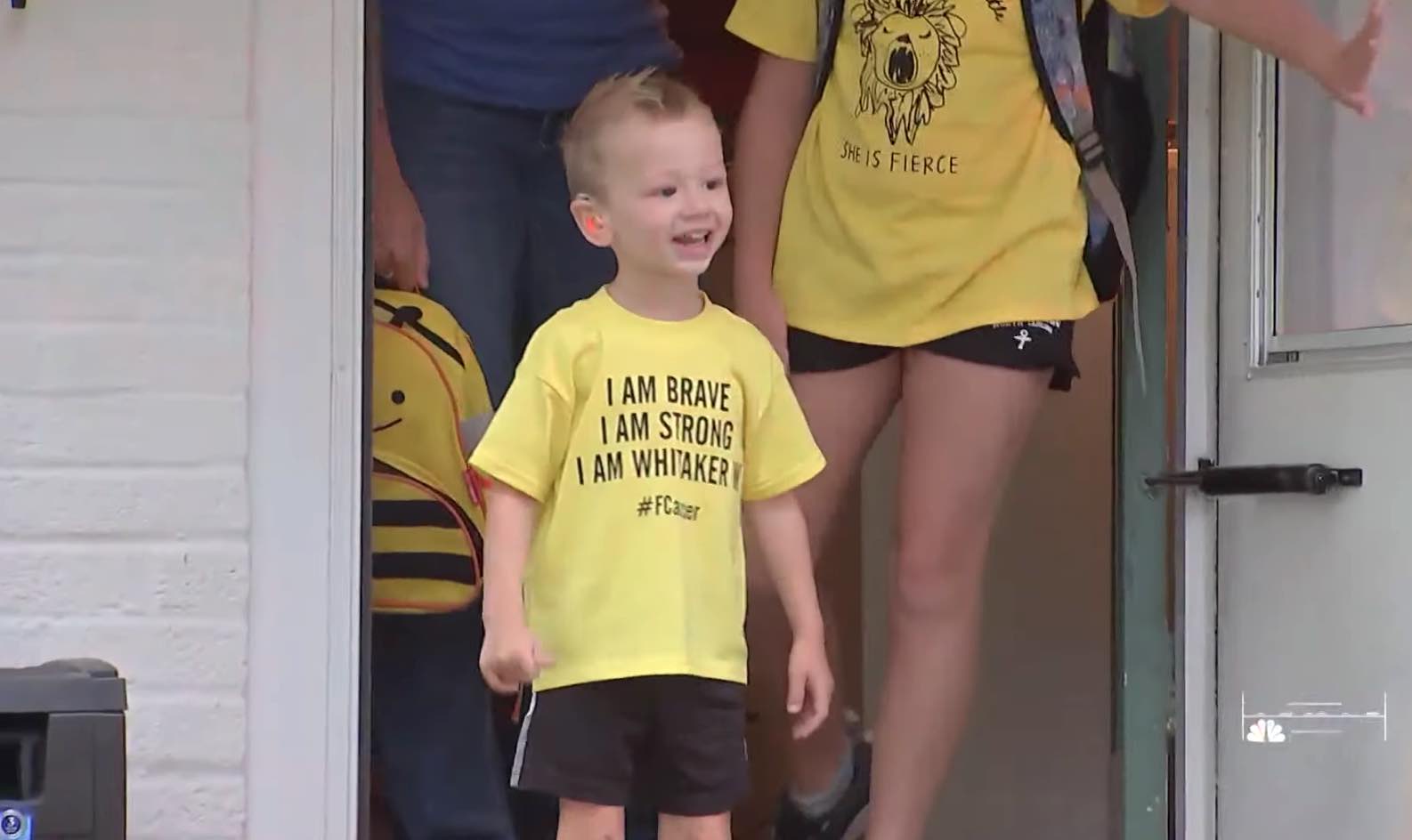 This 4-year-old cancer survivor was given the surprise of a lifetime after his neighbors rallied together for a very special birthday gift.

Because Whitaker Weinburger has been fighting stage-4 neuroblastoma since he was just 13 months old, he has never had the chance to celebrate his birthday with other people. Since the youngster has now been stable for a year, his parents wanted to make sure that this year’s birthday was extra special.

Now before you get confused, Whitaker isn’t talking about any career aspirations as a beekeeper—he’s talking about the Transformers character Bumblebee. Whenever he sees a yellow car on the street, he assumes it’s the heroic robot in disguise.

RELATED: Watch Town Surprise Boy Who is Allergic to Sunlight by Turning ‘Nighttime into Daytime’

While it may seem difficult to give a crime-fighting colossus to a toddler for his birthday, his parents had another idea. They put out a call on social media asking neighbors and friends to bring their yellow cars to the Weinburger neighborhood in Alexandria, Virginia on the morning of Whitaker’s birthday.

Whitaker’s mom, Erin, made a Facebook post saying: “Does anyone have a yellow car, or connections with yellow cab companies, or is in media, so we can share our story and see if it’s possible to make this happen? I know this is a crazy idea, but man alive, we want to see Whitaker experience a miracle as big as he is.”

Her plea created a hive of swarming activity and—before dawn on the big day—motorists traveled from places as far as West Virginia, New York, DC, and southern Virginia to line up on the road where the family would walk to preschool that morning.

When the door opened, and the boy emerged into the front yard, not only were there yellow cars of all shapes and sizes, there were taxis, and even a dump truck!

Number of yellow cars including bugs & Camaros have arrived for a special Bumblebee Transformers birthday. It’s all a big surprise for a little 4-year-old who is fighting stage 4 cancer here in Alexandria Virginia. Drivers have arrived from NY, WVA and all around the DC @ABC7GMW pic.twitter.com/EuZQ9HSAtm

The yellow rainbow stretched for a full mile.

For the hundreds of neighbors who didn’t have a yellow vehicle, they simply put on their brightest yellow clothing and took to the streets to cheer for Whitaker and join the parade.

Paramount and Hasbro heard about the buzz on social media and sent boxes filled with gifts and goodies; and even Jeremy Levy, who is the voice of Bumblebee in the Transformers films, has offered to reach out to Whitaker, according to WJLA.

The family was overwhelmed with gratitude for the sunny display of yellow love.

“It feels incredible. There’s really no way to describe that feeling. It’s overwhelming how many people have come together,” Erin told the news outlet. “It’s so heartwarming and exciting.”

(WATCH the news coverage below) – Photo by NBC News