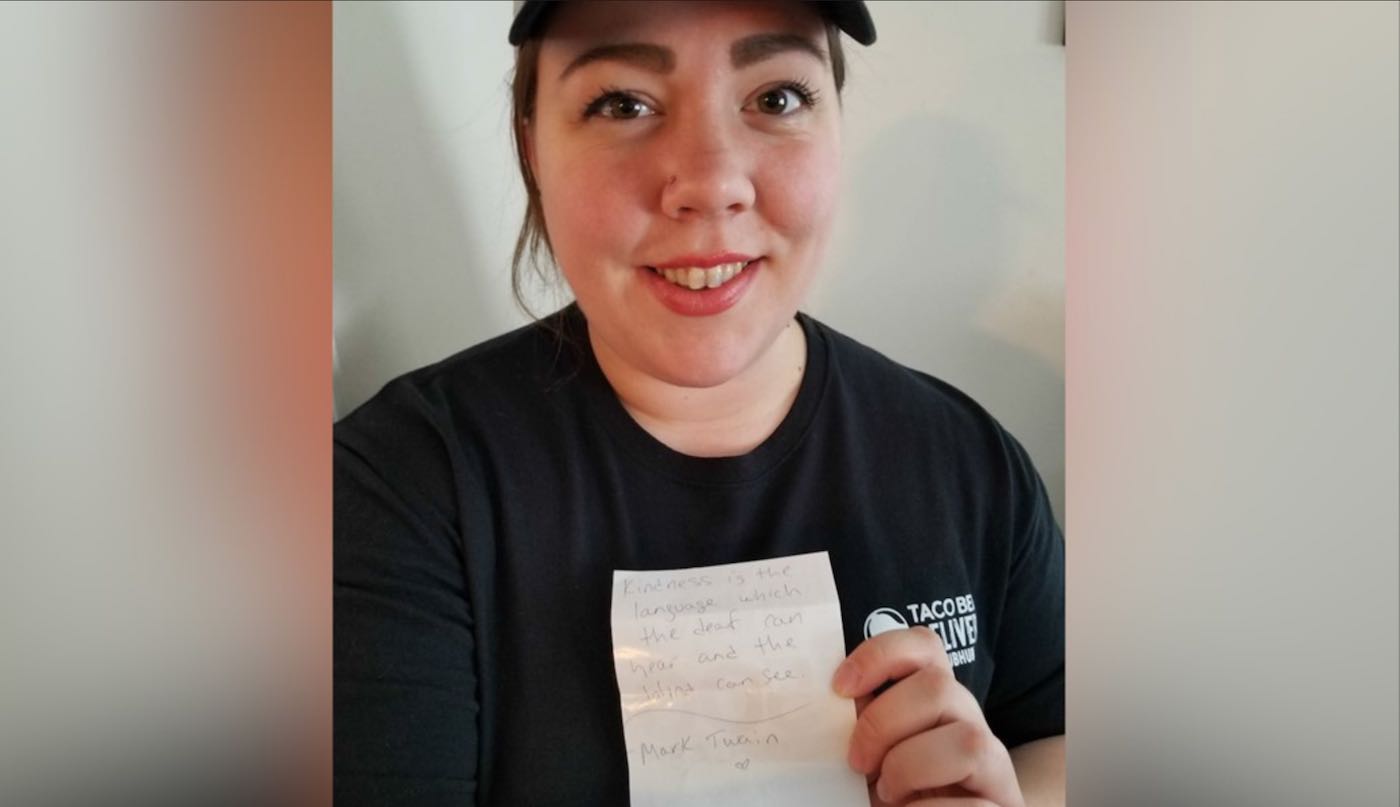 No matter how busy it may get behind the counter at Taco Bell, this 27-year-old employee always tries to include an extra serving of inspiration with her customer orders.

Kelly Stewart has only been working at the Taco Bell in Camillus, New York for about four months, but she has already received plenty of feedback from her customers.

The feedback isn’t negative, however; Stewart has received an outpouring of praise since customers started publicizing her small acts of kindness on social media.

For the last month, Stewart has been taking the time to write inspiring quotes and encouraging anecdotes on the back of customer receipts.

One customer told Syracuse.com that she had recently left the fast food restaurant only to find one of Stewart’s note included with her order.

“I got this message that said ‘when you reach the end of your rope, tie a knot around it and hang on…’” she told the news outlet. “It made me stop in my tracks and smile. Knowing someone took time out of their work or life to write this is another example that there are still good people out there.” 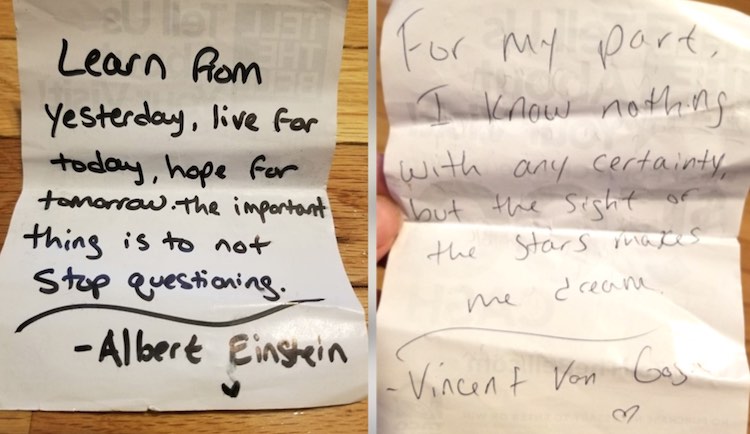 Since Stewart began her labor of love one month ago, she says that she has included hundreds of motivational messages in people’s orders.

Stewart’s customers are now rallying to repay the favor by calling on Taco Bell’s corporate branch to recognize and reward her for going above the call of duty.

RELATED: UPS Driver Hailed a Hero for Following His Gut and He Hopes Other Drivers Will Do the Same

Though she has received widespread attention for her kindness, the 27-year-old cashier simply says that she writes the messages partially because she “loves people” and because she wants to be a good role model for her 6-year-old son.

“I may just work at a fast food place, but you have to take pride in what you do,” Stewart told WXIA. “Especially with how hard today’s times are, it’s nice to put a smile on someone’s face.”